Characters in Battletoads and the reboot.

In General
The franchise's titular trio, the Battletoads. They reappear 25 years later after being found inside an underground bunker living in a simulation. After living in poverty and with no respect, they decide to look for the Dark Queen to defeat her again and restore their fame and reputation.
Advertisement:
Rash 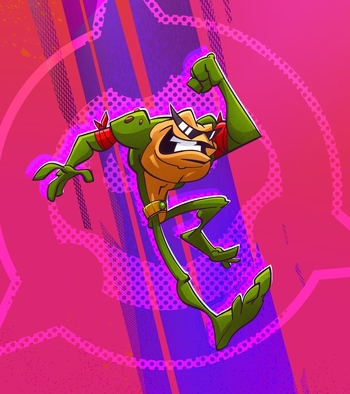 The cool one, he's vain, egocentric, glory-seeking and the one that convinces the others to find and defeat the Dark Queen again to restore their reputation. 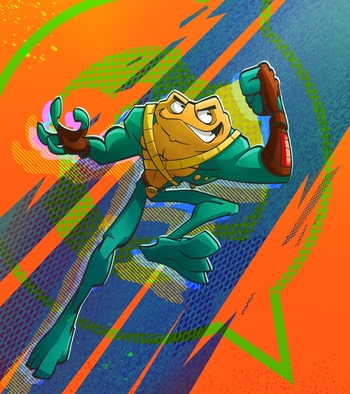 The team leader. A tech expert and the most grumpy of the group. He's been playable in all of the series' games save for Battlemaniacs, in which he was kidnapped by Silas Volkmire 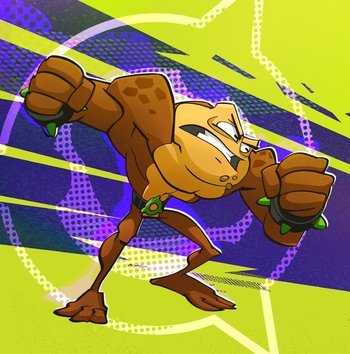 The muscle, he's also a pretty calm and sensitive guy.

The Battletoads' mentor. An eccentric anthropomorphic Vulture who helps guide the Battletoads in their battle against the Dark Queen. Mostly he just makes fun of the toads and the player for losing at their horrifically difficult games, though.

Angelica is the princess of the Terran Corporate and daughter of the Terran Emperor. In the first game, the Dark Queen kidnaps her in order to ransom her and use her to overthrow her father. 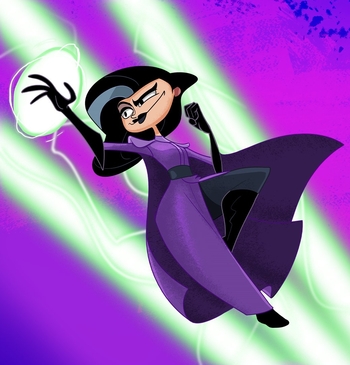 The primary villain of the series. An immortal sorceress wielding dark and powerful magic who leads an army of mutant animals, robots and other creatures in her quest to conquer the universe. In the 2020 reboot, it's revealed that she was stripped of her powers by an alien race with cosmic powers known as the Topians and forced to work for them by making monsters and releasing them to cause chaos and destruction. 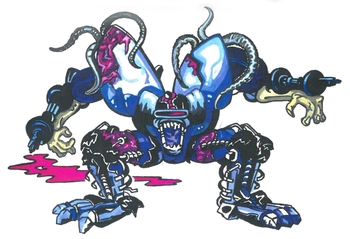 A monstrous cybernetic mutant armed to the teeth with deadly weapons. One of the Battletoads' deadliest foes, he serves as one of the Dark Queen's main bodyguards and is likely her second in command.
Big Blag 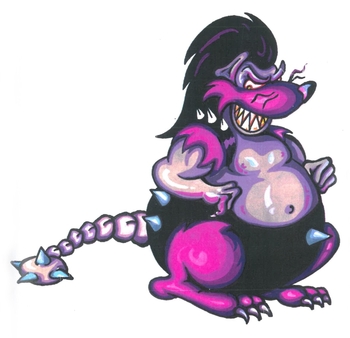 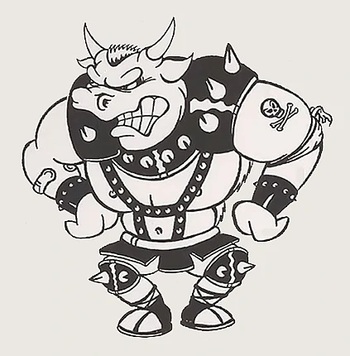 A muscular, anthropomorphic bull man that's known more for his brute strength than his intelligence.

A programmer who likes to watch his testers squirm trying to beat his games. After the toads' human selves begin to overshadow him the gaming world thanks to their skills, he allies with the Dark Queen to trap them in her world, and in the process gained great power to keep them occupied.

The Dark Queen's Mooks, and the primary victims of the Toads' smash hits.

The primary antagonists of the 2020 reboot. A pair of egomaniacal, hedonistic cosmic entities that, like the Dark Queen, seek to conquer the universe.