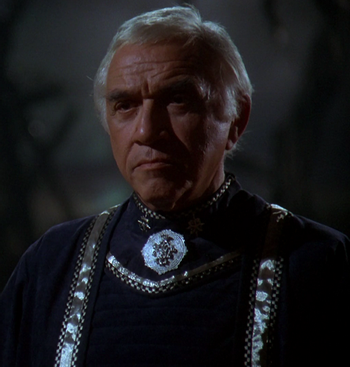 "Forgive me, Mr. President, but they hate us with every fiber of their existence. We love freedom, we love independence. To feel, to question, to resist oppression. To them, it's an alien way of existing... they will never accept."

Leader of "The Fleet". A veteran, a father and a grandfather. The one thing he hates other than the Cylons is politicians. He has set out on a quest to find the lost "Thirteenth Tribe" in the hopes that the two groups can fight back against the Cylons. 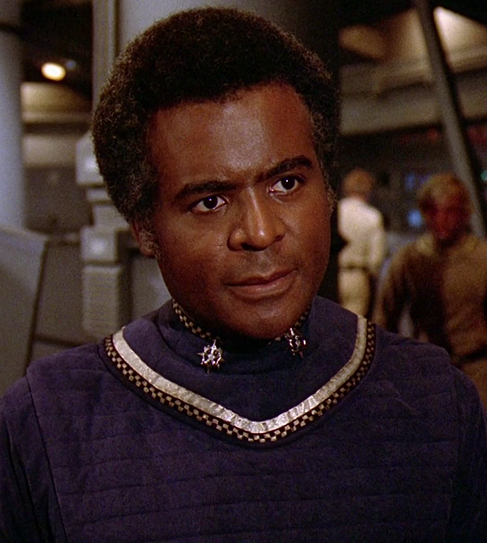 "There are probably as many voids in the universe as there are ideas."

Adama's Executive Officer. Eminently skilled as a senior commanding officer, serious to a fault and completely hopeless when it comes to trying to relax and be one of the guys. 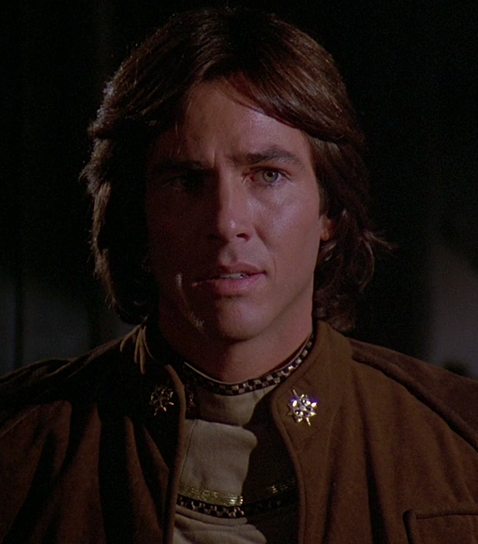 Apollo is the leader of Blue Squadron. A no-nonsense kind of guy who doesn't take no for an answer. Kind and helpful to his friends and family. 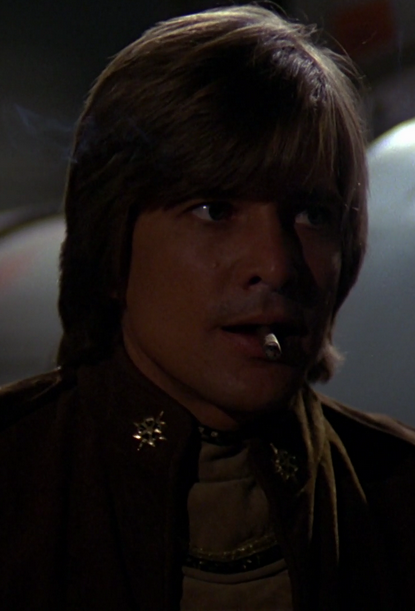 "Everyone's entitled to a little confusion in their lives. I practically thrive on it."

There's really only one word to describe Lt. Starbuck... trouble. Name the scam or scheme and chances are Starbuck has tried it, or he'll get around to it. Good at heart and an excellent pilot. Unfortunately he's also a classic con-man - most likely he gets it from his old man, Chameleon. 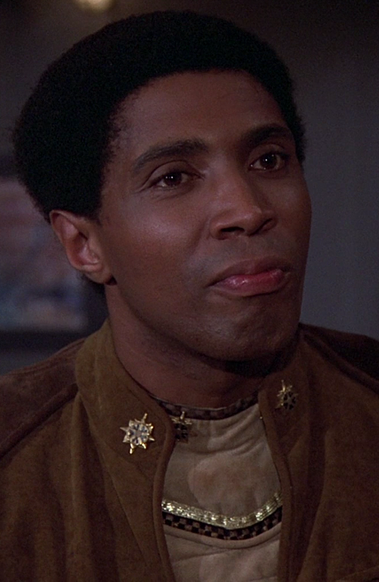 "Just keep it up, old buddy, you're going to get us into real trouble."

Ace pilot. Smart enough to stay away from Starbuck during his "Get Rich Quick" schemes. Whenever Starbuck and Apollo are both missing in action, Adama counts on him to command Blue Squadron. 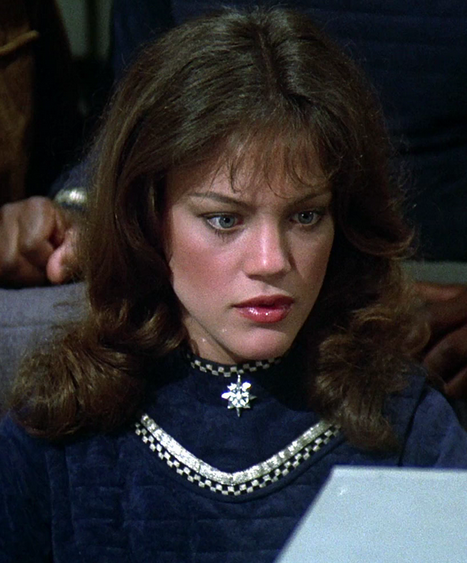 Athena is Adama's daughter and Apollo's sister who has feelings for Starbuck and he has feelings for her... and Cassiopeia... and Aurora... and Merium. Sometimes she just wants to hit him on the head, and she may very well have. 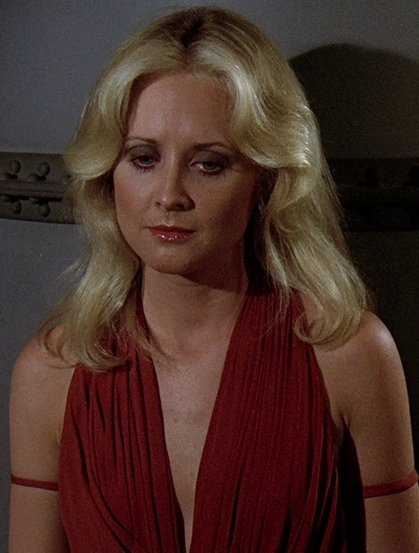 "There are others in greater need than I."

Originaly a... Socialator/Hooker by trade. Cassiopeia decided to make a more helpful contribution to the fleet by becoming a nurse. 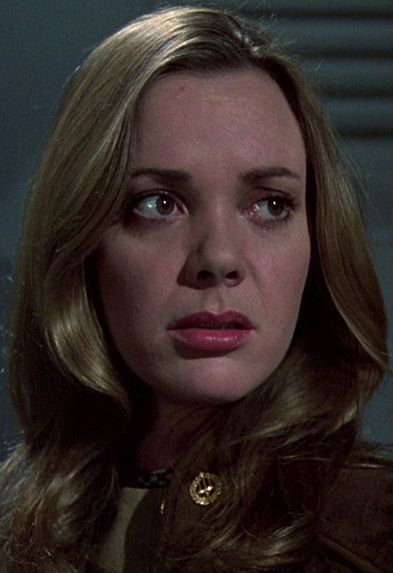 "Did you ever think about that maybe two people who snap at each other for no reason, are doing it to avoid their real feelings?"

Daughter of the Legendary Commander Cain (NOT the female one). She's just as stubborn as he is. 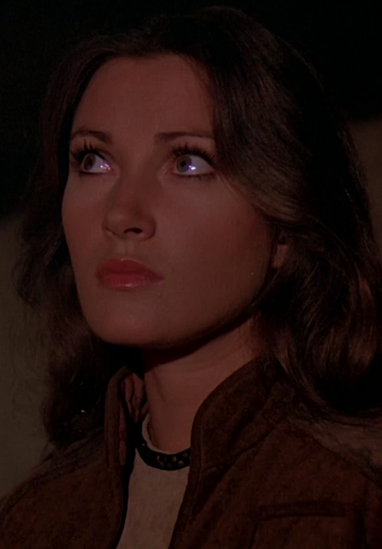 "We waited. We watched and prayed, and you never came!"

Mother of Boxey. Appears in only the Pilot and the two-part episode "Lost Planet of the Gods", but an important character nonetheless. 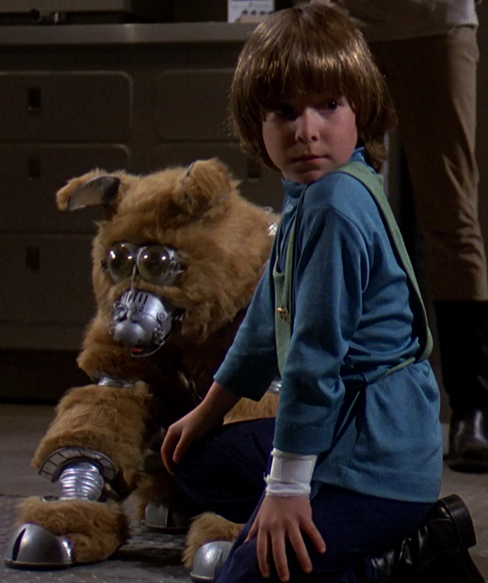 Apollo's son. Boxey is a bright and outspoken boy who loves adventure. Boxey lost his beloved daggit/dog Muffit when the colonies where destroyed. So Muffit II was created to take his place. Now the pair are almost always together. Both Boxey and Muffit have used their unique talents to save lives many times. 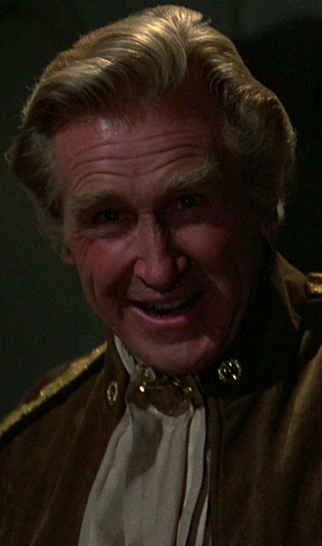 "Tomorrow we go on the offensive. We'll show those golmonging Cylons how to fight now! Yes, by the Lords of Kobol, the Cylon Empire is about to fall!"

Sheba's Father. Commander of the battlestar Pegasus. Appears in only one episode ("The Living Legend"), but is too hammy to pass up. 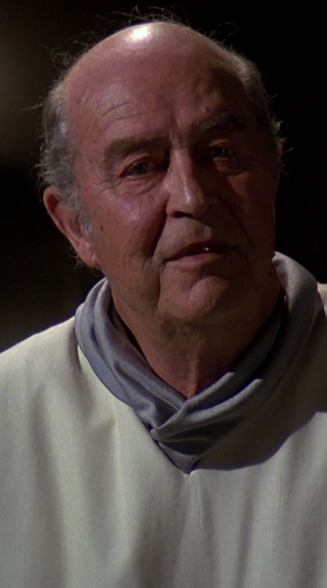 "Warriors are always the last to recognize the evitability of change."

The Council of the Twelve 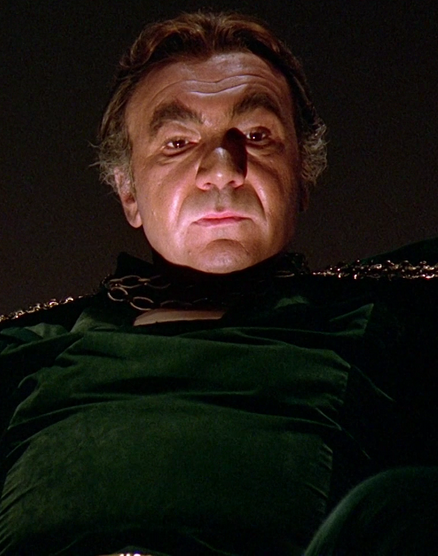 "I have a plan. All I need is the opportunity to present it. That will come."

Baltar is not a Cylon - he's the man who sold humanity out to the Cylons. A chronic liar and coward, he loves to think of himself as superior to everyone else. He thinks he's using the Cylons when they're the ones using him. Of course none of that matters because he could never do the one thing they wanted him to do - destroy the Galactica. 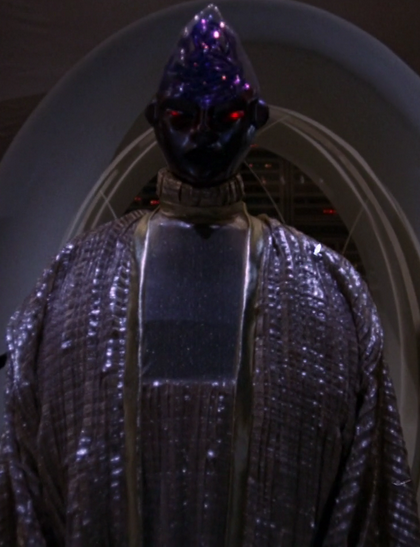 "Anything is possible, but the odds are astronomically against it."

The smartest Cylon in the whole universe. He has the brains, the style, and most importantly, he's modest. His only handicap? Having to work under Baltar. Despite this handicap Lucifer seems to enjoy his banter with Balter, or perhaps he just like watching him sweat when things get hairy. 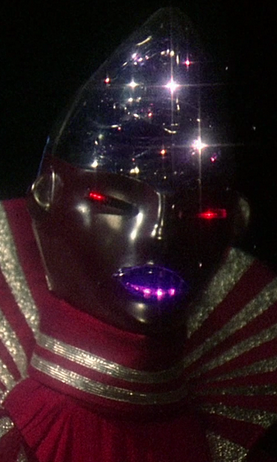 "Unfortunately, we are programmed to destroy humans, not save them. Our knowledge of their anatomy is so limited." 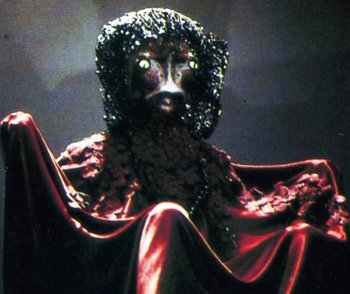 The Imperious Leader is the leader of the Cylon Empire and of the entire Cylon race. 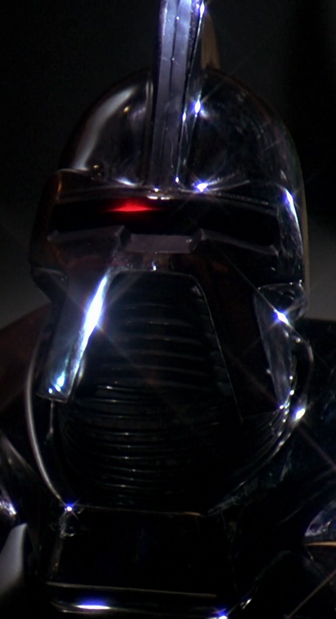 "By your command!"
Others 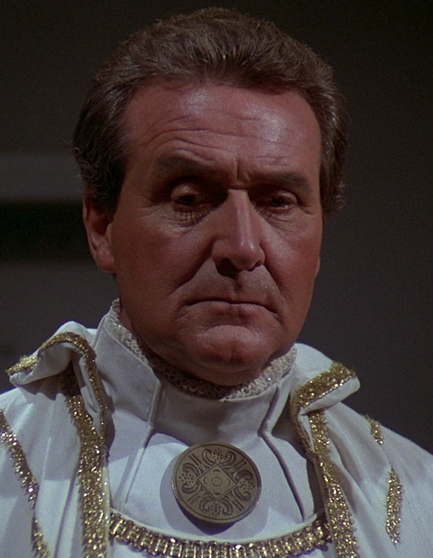 "All people are capable of feeling each other's thoughts. It merely takes time and experience. Place your trust in me, and I promise you all things will be possible." 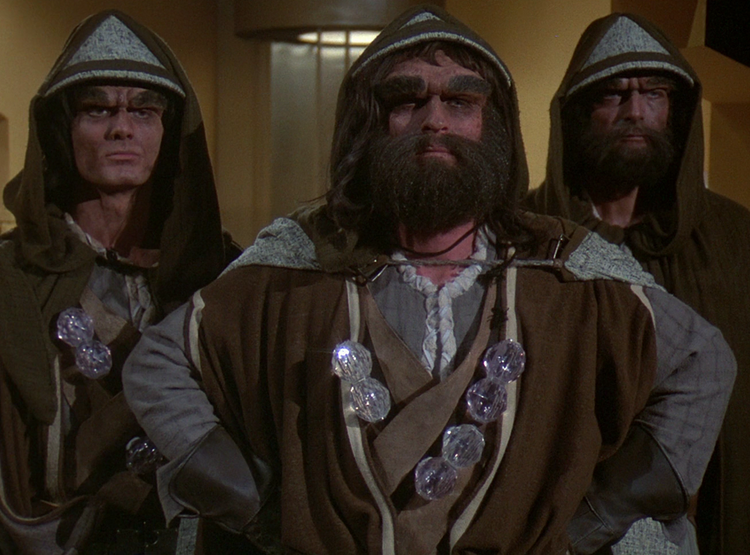 Troy and Dillon's contact on Earth. She saves them time and again with her knowledge of Earth history and current events.

Also known as Cyrus, Cy is a Cylon Centurion rebuilt by Starbuck to keep company while he was stranded on a planet. Despite the rocky start, the pair actually develop a genuine friendship.