The various characters belonging to the Eldrid faction of Gearbox's game Battleborn.

A naturalistic order of observers and scientists, charged with the stewardship of the natural order of the cosmos. Long ago, the reach of the legendary Eldrid spanned entire galaxies — but as the stars themselves have faded into darkness, so too has the might of this ancient faction. As all eyes turn to Solus, what remains of the Eldrid are grappling with their place in a darkening universe as they rally in defense of the Last Star. 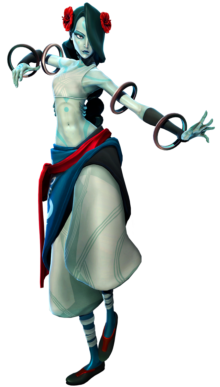 Alani is the last vestige of an Eldrid monastic warrior enclave on the freshwater ocean planet, Akopos. Raised with a deep reverence for water, Alani learned to embody and manipulate low-viscosity fluids with the use – er – rather, the warranty-breaking misuse of a water-soluble nanotech. This technology and her training allows her to manipulate water all around and even within her own body, healing injury and ailments.

The order's peaceful existence was abruptly interrupted as Rendain attempted to claim what he believed to be an uninhabited planet for the Jennerit Imperium. Alani's people struck back quickly but were cut down as the Jennerit turned their weapons against them. Alani fought back, but not before she was witness to her own order's destruction. As a warrior from a planet with vast seas, Alani's attacks and abilities revolve around her power to control water to dish out pain, or heal her fellow Battleborn.

Alani is an Eldrid Supporter. She's the first of the five new free heroes announced to be released post launch of the game, the 26th Battleborn. She was officially released

on May 31, 2016. However, for players who own the Season Pass, Battleborn Digital Deluxe Edition, or played the Open Beta on Playstation 4, they got to play Alani a full week early on May 24, 2016. She can be unlocked as a playable character using 47,500 in-game credits or for Digital Deluxe and Season Pass holders, by using the hero key

that accompanies with her on release to unlock her instantly. 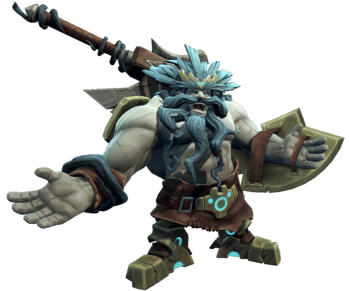 Boldur the Unbearable is a stubborn, axe-wielding native of Ekkunar who has survived the last two millennia of interruptions to his quiet forest life through sheer stubbornness and the aid of the civilian militia he leads called the Woodsworn. Tough as a gnarled root, the Ekkuni dwarf carries only a rune-forged axe and shield into battle against any foe who dares land their dropship in his front yard.

Boldur is an Eldrid Defender. Initially, he was unlocked as a playable character upon reaching Command Rank 26 or by completing The Experiment mission. After the Winter Update though, he and the rest of the core 25 Battleborn became all unlockable after completing the Prologue mission. He features prominently in The Experiment as the main character the Battleborn give aid to. 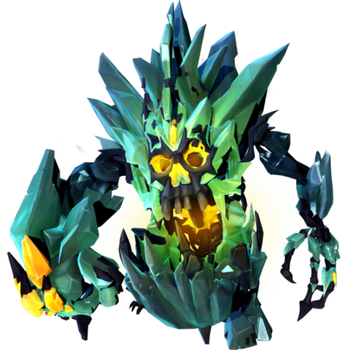 At first glance, Kelvin appears to be a hulking ice golem, but is in fact an entire microorganism civilization that, together, form a single sentient being that smashes, chomps and freezes its enemies for the survival of the species. Rescued by Miko, Kelvin now fights for the Eldrid to preserve what's left of the cosmos.

Kelvin is an Eldrid Defender. Initially, he was unlocked as a playable character upon reaching Command Rank 18 or by winning 5 matches as an Eldrid character. After the Winter Update though, he and the rest of the core 25 Battleborn became all unlockable after completing the Prologue mission. 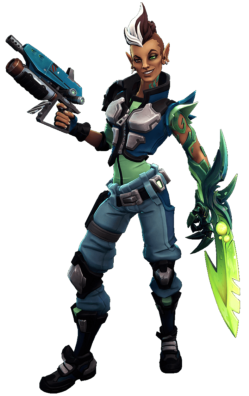 The Eldrid tend to be scientific-minded and peaceful folks, in tune with the natural order of things. Mellka apparently missed the memo at the last Eldrid meeting. Born in space, Mellka Hyenyota developed an early hunger for solid ground, and found a clear calling in special operations, even joining with the Eldrid group called The Vigilant. While serving with The Vigilant, she developed close ties with an elite Peacekeeper operative named Trevor Ghalt. While proficient at several combat styles, Mellka prefers some of the more exotic Eldrid weaponry including an Eldrid Bio-Glaive, a biologically-active Eldrid gauntlet now permanently fused with her left hand which reshapes itself based on her neural prompting.

Mellka is an Eldrid Attacker. She is the very first playable character of the game, acting as the main protagonist of the Prologue, the first story mission and initial tutorial of the game. Initially, she was unlocked as a playable character outside of that mission upon reaching Command Rank 34 or by completing The Heliophage mission. After the Winter Update though, she and the rest of the core 25 Battleborn became all unlockable after completing the Prologue mission. 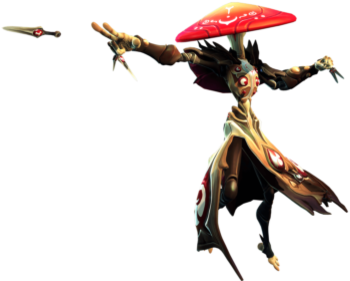 The last surviving bud of a planet-spanning fungal colony, the otherworldly Miko is regarded as a capable "combat botanist," healing and protecting its allies while hurling poison-tipped kunai at pretty much everything else.

Miko is an Eldrid Supporter. Initially, Miko was one of the few initial playable characters unlocked after completing the Prologue mission. After the Winter Update though, the rest of the 25 core Battleborn joined Miko and these few in being unlockable after completing this mission. 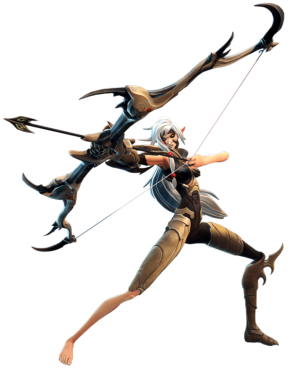 Thorn is an Eldrid Attacker. Initially, she was one of the few initial playable characters unlocked after completing the Prologue mission. After the Winter Update though, the rest of the 25 core Battleborn joined Thorn and these few in being unlockable after completing this mission.

The non-playable Eldrid based enemies.
Swarmers

Swarmers are bug-like creatures native to Ekkunar and Bliss. These indigenous enemies per their name are known for swarming in large numbers and being a general nuisance for the Battleborn.

Guardians are ancient Aztanti golem-like beings that the Eldrid precursor civilization had a penchant for constructing. Built to match whatever environment they're in, they tirelessly guard the Aztanti ruins they reside in. Among them include boss characters, the Galactic Emperor from The Algorithm mission; and the Old Sentinel, Guardian Arc, and Guardian Vyn from The Sentinel mission.

The Aztanti Name-Eater is an ancient golem construct and the boss in the DLC Story Operation "Phoebe and the Heart of Ekkunar". Found in the ancient ruins deep within Ekkunar's core, it serves as a guard protecting long lost secrets among other things. While it is an automated golem like the Guardians found in other Aztanti related ruins, its most distinguishing feature however is that it bears an uncanny resemblance to the large golden shield wielding statues often found in multiple Jennerit locales, a thing that Phoebe's expedition takes note of and leads them to a number of discoveries regarding the ancient Aztanti and other matters.