Sorted to be as spoiler-free as possible. 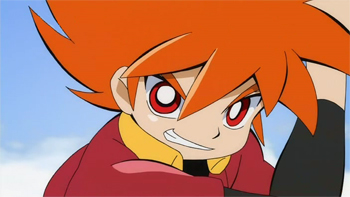 The protagonist. A huge Battle Spirits enthusiast with a straightforward personality. He’s always cheerful and friendly. His father left him at a young age, which left him rather shy, but after being introduced to Battle Spirits, he was able to open up. He prefers the red attribute. 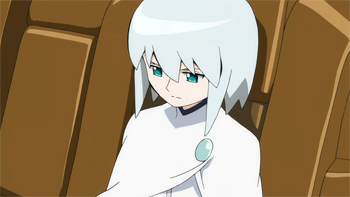 Bashin’s rival. Somewhat cold and distant, and takes Battle Spirits from an almost studious perspective. He was the world champion for two years in a row, despite only being an elementary schooler, and thus became very famous. In order to be accepted by his father, he later joins Thousand Spirits Group, hoping to at least be able to serve as a knight to him. He prefers the white attribute. 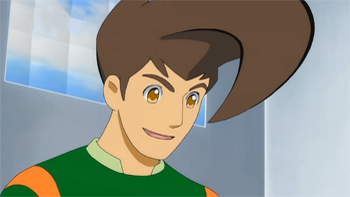 A soccer player with a very distinctive haircut, who attends the same school as Bashin. He has four younger brothers, and ultimately learns Battle Spirits in order to be a hero to them. His strength is his loyalty to his friends. He prefers the green attribute. 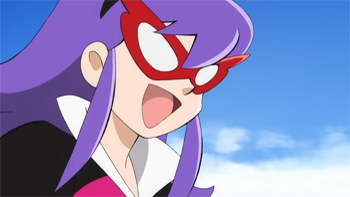 A popular idol who disguises herself as a masked card battler in order to play Battle Spirits. As Suiren, she has somewhat of a domineering personality, whereas My Sunshine is girly and sweet. She prefers the purple attribute. 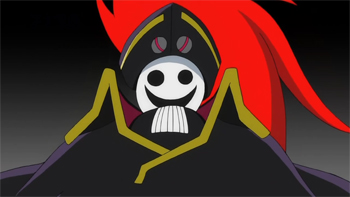 The mysterious leader of Thousand Spirits Group. He is actually Bashin’s father, Touha. 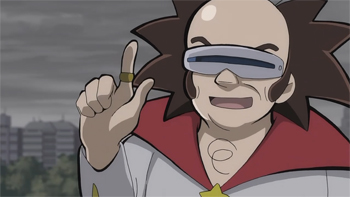 The game designer of Battle Spirits (both in the anime and real life). He came from America, where he also is opening a Battle Spirits school. He later quits Thousand Spirits Group, after losing a battle with Striker and coming to a realization. 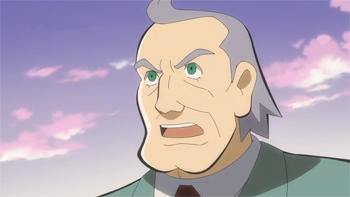 J’s father. He is a rich, Finnish businessman, who designed the Battle Spirits battle system. He appears to be very distant toward J. In truth, he cares about J, but becomes very upset towards him when he joins Thousand Spirits Group. 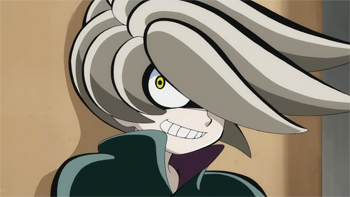 A card battler who defeated J during the Gunslinger round of a championship. He has a rather creepy appearance and mannerisms. Smile was originally a pupil of Card Sensei. It was through this intense physical training that he grew into a harsher person. Smile came to resent Sensei for being too gentle. After meeting J, Smile takes an interest in him, later inviting him to join Thousand Spirits Group. He prefers the yellow attribute. 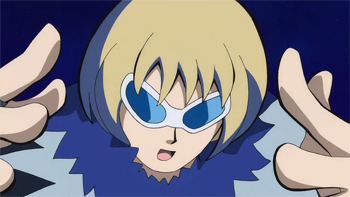 Bashin’s sempai in middle school, and president of the Battle Spirits club. Normally, very quiet and easily frightened, until becoming his alternate persona, Galaxy Seven, who is narcissistic and egotistical. He prefers the blue attribute.

He is modeled after Galaxy Watanabe, the card game’s mascot, though may or may not actually be the same character. 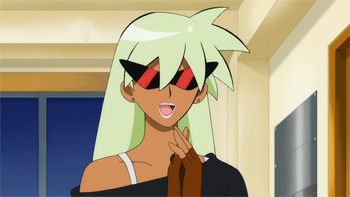 The sole female member of Numbers Elite. Somewhat proud, as well as careless, and constantly gets lost. She used to date Card Sensei, and they were very close. She took his betrayal of the organization personally, and remains very loyal to Thousand Spirits Group in order to not become like him. She later becomes Bashin’s music teacher, when he starts middle school. 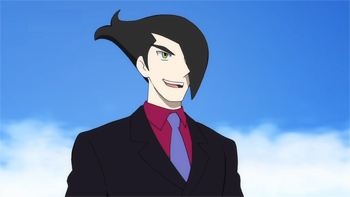 The first member of Numbers Elite to challenge Bashin, who gave Siegfried to him as a reward for winning. Always well dressed, he seems very gentlemanly. Separate from King Uchuuchouten, he has his own ambitions concerning the stones. He stages a coup d’état before the final tournament to carry out his plan. He prefers the red attribute.

Bashin’s pet mouse. He can be somewhat strict, and often lectures or scolds Bashin. He usually follows Bashin to school, even though he’s not allowed to. He loves mushrooms.

J’s cat. Tends to be arrogant, and thinks very highly of J as well. She joins Thousand Spirits Group along with J, calling herself Queen.

Striker’s parrot. Tends to help him come up with new battle strategies.

Suiren’s chameleon. Is often stressed with having to handle the high-maintenance Suiren. 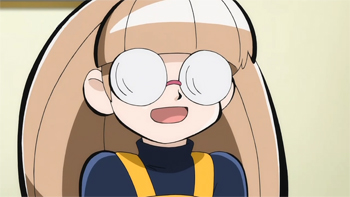 Bashin’s childhood friend. She often feels neglected, because Bashin spends more times with his Battle Spirits friends than her. She later learns Battle Spirits from Card Sensei, and awakens as a chosen card battler. She prefers the yellow attribute. 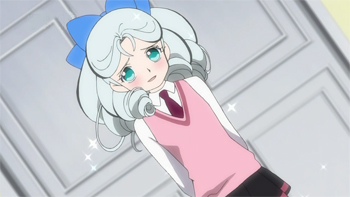 J’s twin sister, and the younger of the two. She cares about her brother very much, but also tends to tease him. When J joins Thousand Spirits Group, she was devastated, so Card Sensei gives her his blue stone so she can fight with Bashin and the others. Still, she’s not very skilled at Battle Spirits. 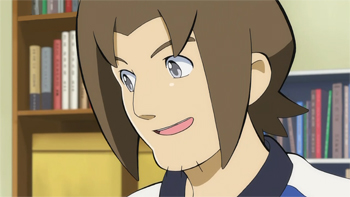 Bashin’s elementary school teacher. Has a hot-blooded personality, and seems to like pretty women, especially Bashin’s mother. He is later revealed to be Number Five, and secretly spying on Bashin. He permanently resigns from the organization in order to keep Bashin, Meganeko and the others out of danger, and goes to live in the wilderness. 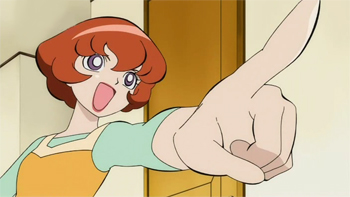 Bashin’s single mother. A taxi driver, who often works to take care of Bashin. She worries about him a lot, wanting him to concentrate more on his studies than Battle Spirits. She was once a masked card battler known as The Speed Star. She battled with her husband, Touha Bashin, against their rivals, J’s father and aunt.

The student council president at Tonari Middle School. Very strict and devoted to the rules.

Setsuko’s 2nd in command, but more laid back. He’s a fan of Kyouka.

Meganeko’s grandfather, who raises her in her parents’ absence. He is actually Number Ten, and though he retired from Numbers Elite, is very trusted by Uchuuchouten.

J and Kyouka's mother. At first she doesn't approve of J's devotion to Battle Spirits, out of worry for him.

Voiced by: Reiko Takagi and Cho

The two announcers at all tournaments (and sometimes other matches if they're in the right place). They also have a talk show on Battle Spirits TV.