The character sheet for Battle Girl High School. The page is in under heavy construction, help will be much appreciated. 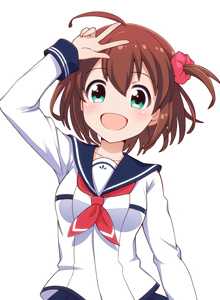 Miki is cheerful, innocent and a hard-working baker. Due to her cheeful nature she is able to bring a smile to others in any dire situation which made her considered a leader of Hoshimori class by default. Miki is the first character you meet and also the most focus girl from plot representative. Her Star Dress is Phoenix while her Star Dress Flora is Aster. 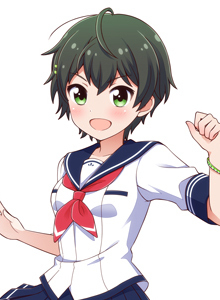 "Are you feeling alright?" 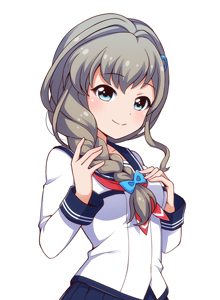 Miki's and Subaru's best friend as well as the Team Mom of the group. Her Star Dress is Leviathan while her Star Dress Flora is White Azalea. 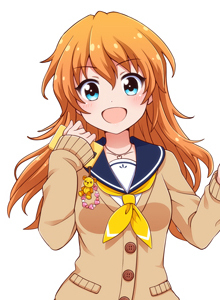 A fashion lover girl. Her Star Dress is Unicorn . 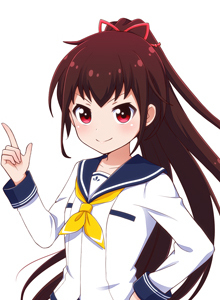 A girl who love justice and head of the student morals committee. Her Star Dress is Phoenix. 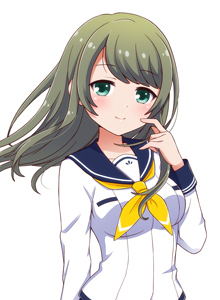 A Cloudcuckoolander girl who loves flowers and even possibly can to talk with them. Her Star Dress is Leviathan.

"W..What? I am busy playing my game right now!" 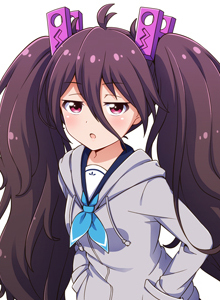 A girl who is not good with talking face-to-face and even needs to use e-mail to talk with her own family members. However, on the internet, she is a famous blogger who has more than one million followers. Her Star Dress is Unicorn. 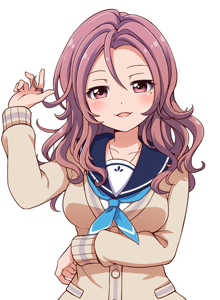 The obligatory sexy Cool Big Sis member of the class. Her Star Dress is Phoenix.

"Be honest to yourself" 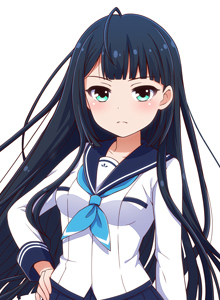 Student Council President who is the aspiration for the class, however she is rather serious and has No Sense of Humor. Her Star Dress is Leviathan. 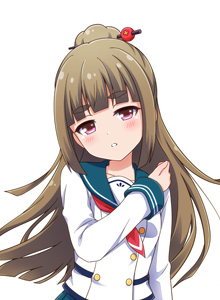 A young girl who's lived with her grandfather a little too much and ended up talking like old people. Despite her personality she is in fact quite a genius, able to memorize a lot of things at a glance. Her Star Dress is Leviathan. 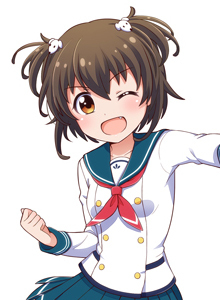 A genki little girl who loves to talk, loves playing Kendama. Her Star Dress is Unicorn while her Star Dress Flora is Sunflower. 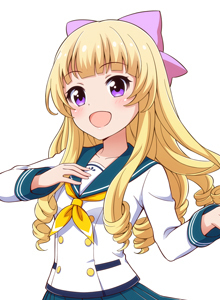 From rich family, Kaede isn't really familiar with normal people's cultures. Her Star Dress is Phoenix and is part of idol unit Tiara. 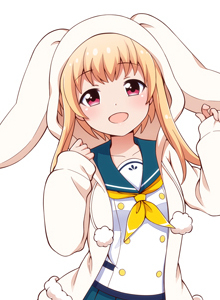 A girl who is often seen with her rabbit hood. Has a habit of saying Mumi which expresses a variety of emotions though Kurumi seem to be the only one who understands it. Her Star Dress is Unicorn.

"The stars sure are beautiful" 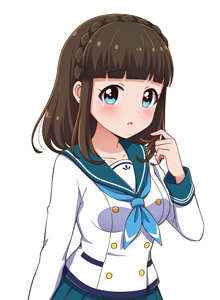 Shy and a kind-hearted Miko, Kokomi is a bit of a crybaby but is sweet and a hard working girl who is trying to fix her weakness. She really loves watching stars and gets very excited when it's come to astronomy. Her family runs a shrine where Hoshimori class tend to visit quite often. Her Star Dress is Leviathan. 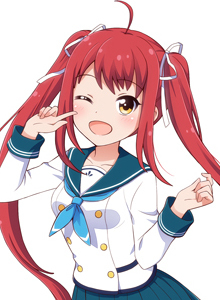 A girl who aims to be the top idol, Urara spends most of her free time researching and writing her original song. Her Star Dress is Phoenix. 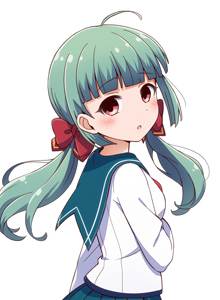 A naive little girl who hates loneliness. After Evina left her, with nowhere to go. the Hoshimori class later decide to take her in. Sadone later awakens her own power and fights alongside her new found friends. She is currently staying at Kaede's home. Sadone also has taken a strong liking to the player and is the only one to refer you as a big brother. Her Star Dress is Grim.

The trope below is for Sadone after joining Hoshimori Class. For her antagonist role see below. 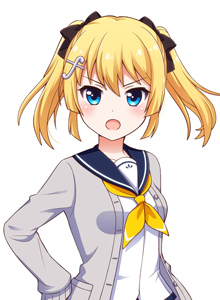 A School Idol that attends in Kanadenomiya Girls' Academy along with Shiho. After the incident, they later transferred to the Hoshimori.

“Come on, pull yourself together~” 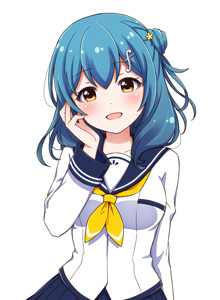 A School Idol that attends in Kanadenomiya Girls' Academy along with Kanon. After the incident, they later transferred to the Hoshimori. 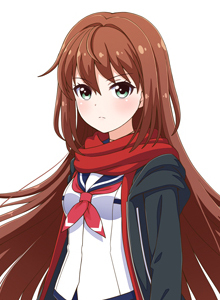 A mysterious girl that suddenly joined to the Hoshimori Class with a mysterious intention which she is introduced by the Principal Botan. Her Star Dress Flora is "Red Spider Lily"

Advertisement:
Top Hoshimori
Characters that appeared in a recent Act, that depicts the younger versions of the 2 teachers, Asuha as well as their friend. Tropes regarding them in that story will be put here. 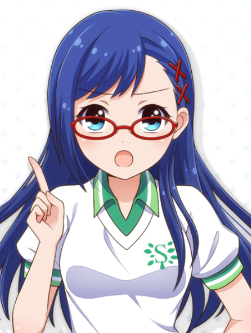 One of the Top Hoshimori Trio, an earnest and frank student who analyze things and act as the brains in the Trio. 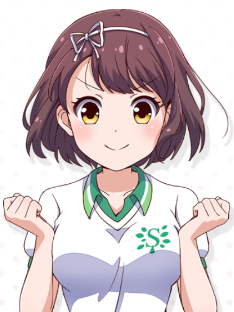 Furan and Itsuki's friend when they were still students. Whom a member of the Top Hoshimori Trio. 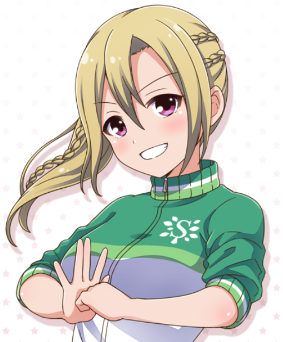 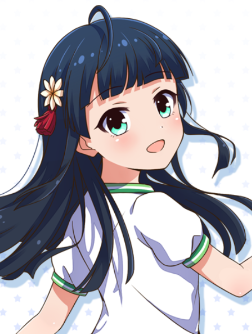 The young Asuha when she is still an inexperience and new to the Hoshimori class. Idolize Itsuki and follows to her example.

Teachers and other characters 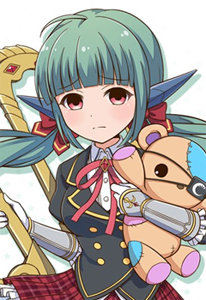 The girl who is work under Evina and is a recurring villain in the first arc. She has an ability to talk and command Irous.