Due to a radically different take on the traditional Batman mythos, expect massive spoilers. Read ahead at your own risk. 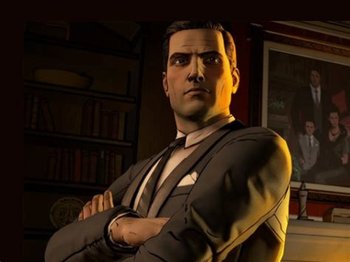 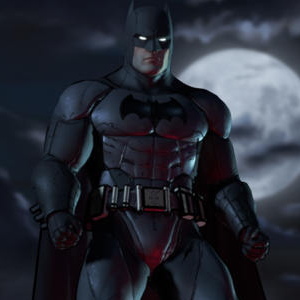 for Batman
Voiced By: Troy Baker
"Well, then... Time to save the city."

When he was a child, Bruce Wayne's life was turned upside down when a mugger shot his parents to death in front of him. Vowing to never let what happened to him happen to anyone else, Bruce travelled the globe for years, training his body to its mental and physical peaks. Using his family's wealth and his company's technology, and dressing as a bat to prey on criminals' fears, Bruce became Batman, a masked vigilante who wages war on organized crime in Gotham City. 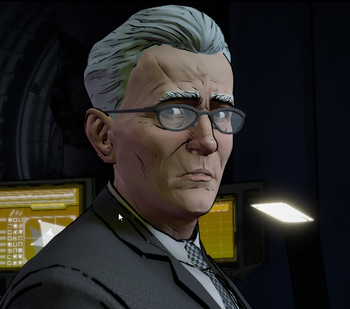 Bruce's trusted butler and foster father. Alfred does what he can to support Batman, but worries that Bruce will lose sight of himself if he becomes too obsessed with his crusade. 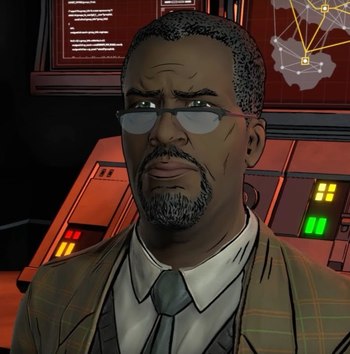 The head of Wayne Enterprises' R&D division and the creator of Batman's gadgets. 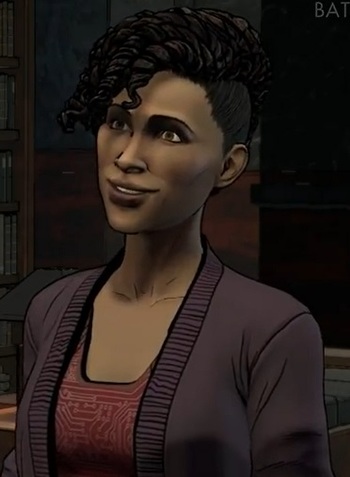 Lucius's daughter who recently joined Wayne Enterprises at the start of Season 2. 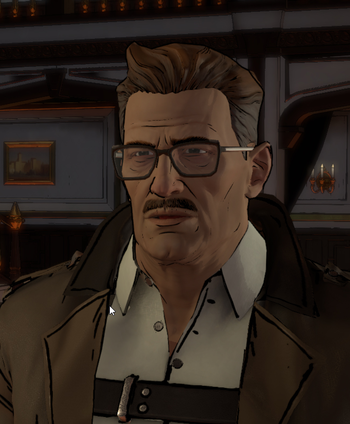 Voiced By: Murphy Guyer
"Sometimes I think this whole city's a crime scene."

A police lieutenant who is one of the few clean cops on the force. Gordon is Batman's main ally in the police. 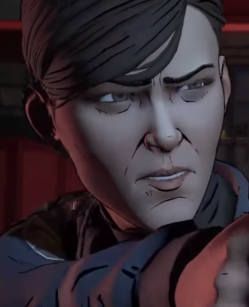 Voiced By: Krizia Bajos ("Season One"), Sumalee Montano ("Enemy Within")

A police officer assigned to Gordon's taskforce. She is one of the few good cops in Gotham. Unfortunately, she strongly distrusts Batman.

The commissioner of the GCPD in Season One.

A longtime GCPD colleague of Gordon's and a good man at heart, but one whose surly demeanor and questionable tactics have held him back in the department for years. 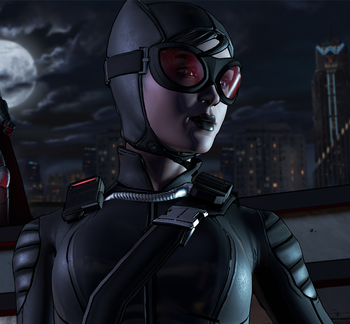 Voiced By: Laura Bailey
"Don't you know not to corner a wild animal? It's dangerous."

A thrill-loving cat-themed burglar. After Batman thwarts her robbery at City Hall, Bruce winds up in a rather complicated relationship with her. 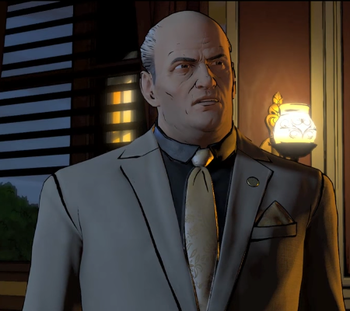 Voiced By: Richard McGonagle
"I can get Harvey the Mayor's seat... Or I can pull it out from under him."

The most powerful mob boss in Gotham. 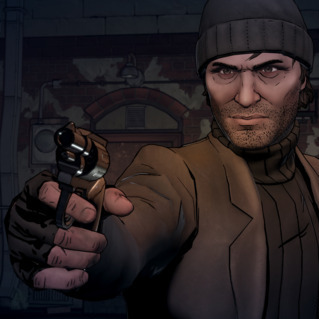 The mugger who killed Thomas and Martha Wayne. He's long dead, but Bruce is still haunted by his actions.

A beloved philanthropist and biotech innovator who is secretly an illegal arms dealer. Season 2 begins with Bruce attempting to expose Mori.

The Children of Arkham 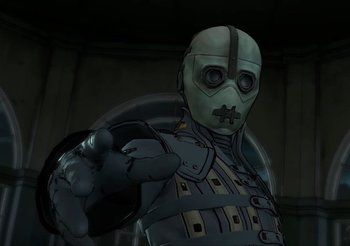 Voiced By: Steve Blum
"We are the Children of Arkham, and we have opened your eyes."

The mysterious leader of the terrorist group known as the Children of Arkham. 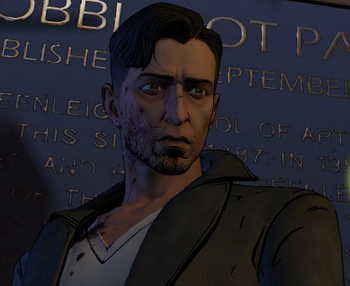 Voiced By: Jason Spisak
"A revolution is knockin' on Gotham's door!"

A childhood friend of Bruce whose family fell on hard times when he was a child. Oswald has since become a criminal and has returned to Gotham after twenty years, intent on inciting a revolution. 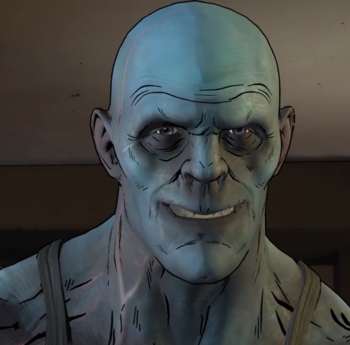 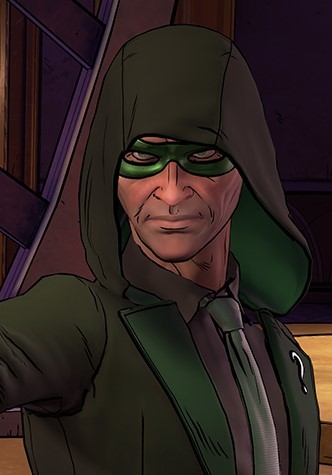 Voiced By: Robin Atkin Downes
"Let me show you how it was done back in the day!"

A criminal known for his obsession with riddles and deathtraps. He operated in Gotham City before Bruce became Batman, eventually disappearing for so long that everyone in Gotham thought he was dead, and returning a year after the events of Season One. 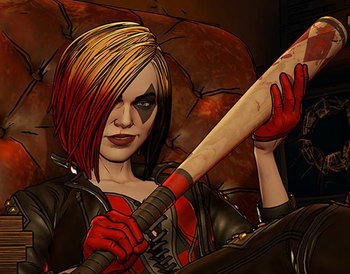 Voiced By: Laura Post
"You got that look in your eye. The kind that says you're trouble."

A former psychiatrist at Arkham Asylum. According to information Waller gives Batman after Riddler's death, she's working together with other criminals, Riddler having been one of them. 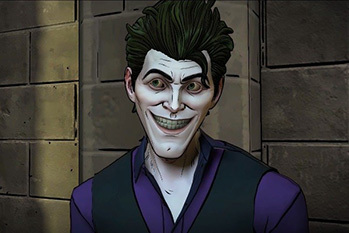 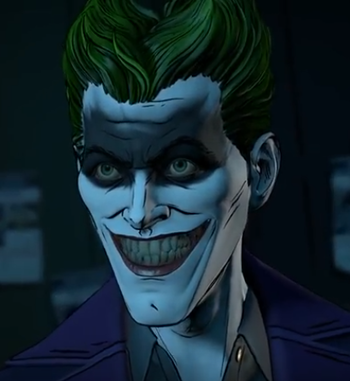 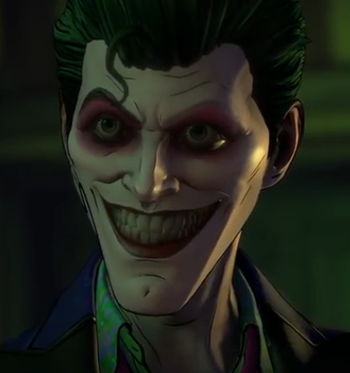 "We're two threads in the same stitch — bound together even under strain."

A strange patient at Arkham Asylum, who befriends Bruce after he saves his life from some inmates who want revenge for Thomas Wayne putting them there. While he refuses to tell the doctors his real name, "John" is one of Arkham's greatest success stories and is widely considered to be harmless, but we know better. In Season 2, John is released from Arkham and joins the Pact, and he really wants Bruce, whom he considers his best friend, to join too. 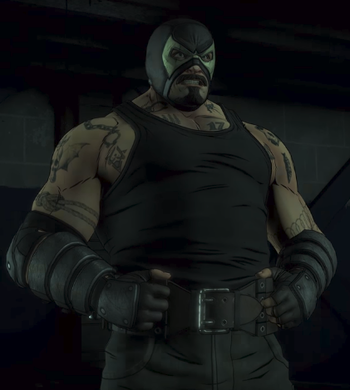 Voiced By: JB Blanc
"Stand up. This has only just begun." 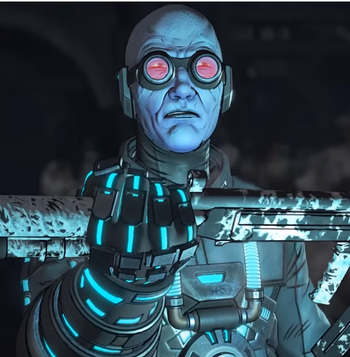 A brilliant scientist who cryonically suspended his terminally ill wife, Nora, and lost everything trying to cure her disease, eventually turning to crime. A lab accident altered his physiology and turned him into a cold-blooded lifeform unable to survive in above-freezing temperatures, and he must wear a protective suit to operate in warmer environments.

A high-level thug in the Pact who serves as Riddler's right hand man. 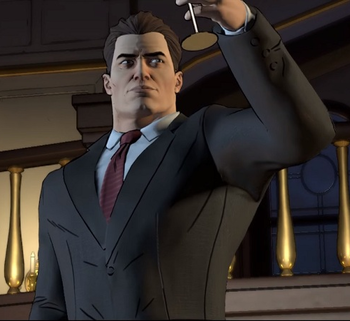 Gotham's DA. He is running for Mayor with Bruce's support on an anti-crime and anti-corruption platform. 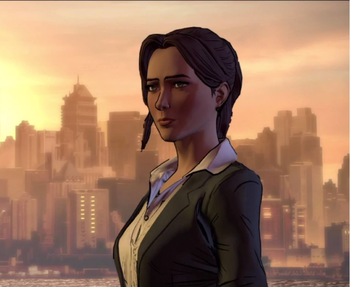 A reporter for the Gotham Gazette and Bruce's main ally in the press. 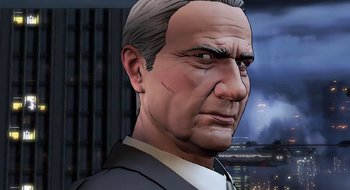 The highly corrupt mayor of Gotham. 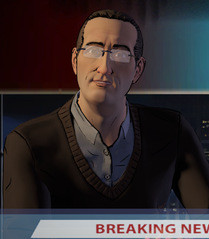 Bruce's parents. They were philanthropists beloved by the entire city. They were murdered by a mugger twenty years before the start of the story.

A murderer committed to Arkham Asylum. Zsasz gives himself a scar for each person he kills. 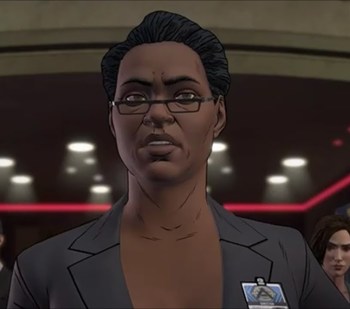 East Coast Regional Director of the Agency, Waller comes to Gotham to clean up Gotham after the Riddler reappears. 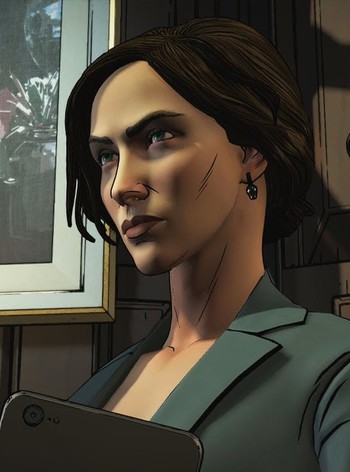 Voiced by: Emily O'Brien
"The criminally insane... you're drawn to them, aren't you?"

A field agent of the Agency and a Gotham native who is fascinated by Batman.