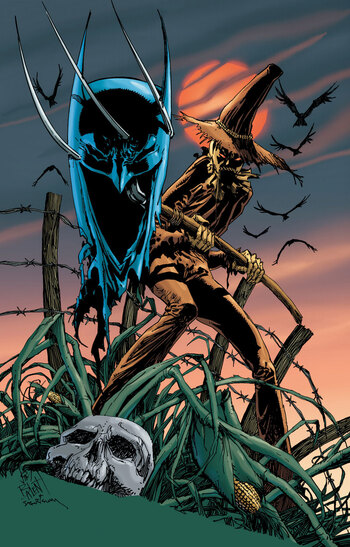 The Master of Fear. The Lord of Despair. Cower before him in witless terror.
Click here to see his "Classic" design 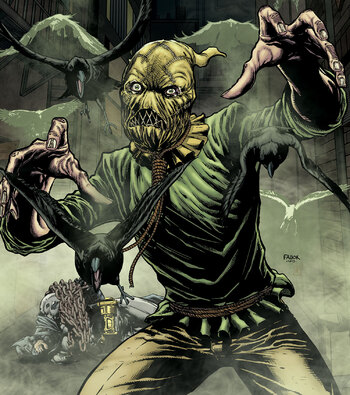 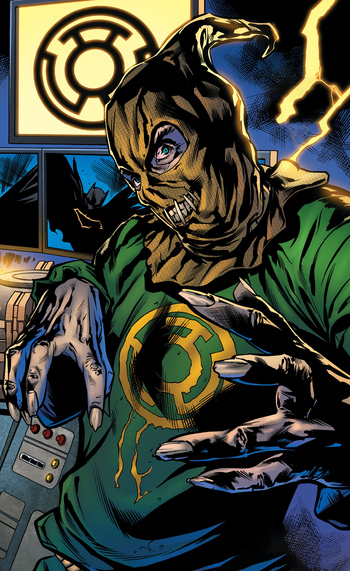 Click here to see his The New Frontier design 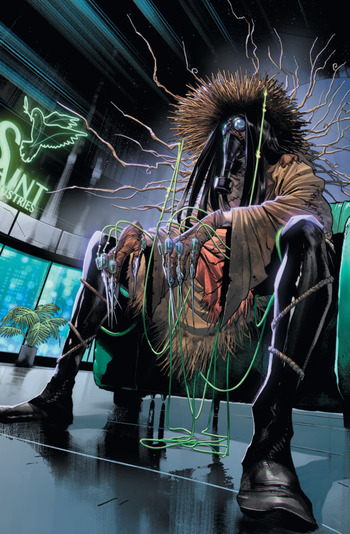 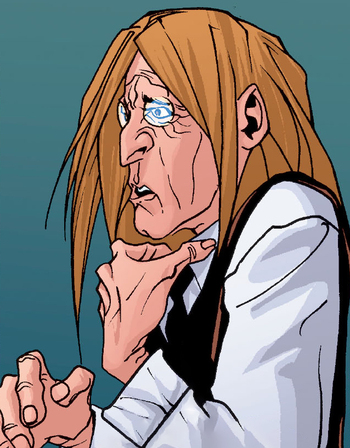 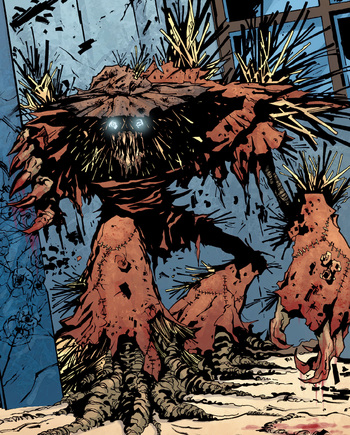 Click here to see him as a Yellow Lantern 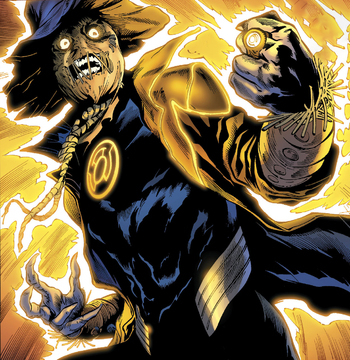 "Fear is primal. Raw. Blood pressure increases. Veins in your skin contract. Your immune system shuts down. Even if you attempt to steel against fear, ... it is undeniable. Fear makes us human. That was the conclusion of Charles Darwin. Who am I to argue? I'm a man of science, too. A psychologist. But few know my academic achievements. If you know me at all, you know me as ... the Scarecrow!"
— Green Lanterns #17
Advertisement:

Much like Mr. Freeze, and to some extent, The Riddler, the Scarecrow was a one-shot character in the comics, revived decades later to become a major part of Batman's Rogues Gallery. Thin and bookish, he was (predictably) bullied by kids at school. As a result, he became even more withdrawn and angry at the world, culminating in him pulling a prank of his own during the high school senior prom and attacking Jerk Jock Bo Griggs and his Alpha Bitch girlfriend Sherry Squires (who had rejected Crane's affections), killing the latter.

A psychologist who seemed more interested in studying the fears of patients than in curing them, Crane eventually developed a chemical toxin that when converted into a gas or injected into a victim, creates powerful hallucinations that have its subjects experience their greatest fears. Prolonged exposure to Scarecrow's gas often does drive his victims into madness, and in some cases, death.

Not to be confused with the Marvel Comics Alternate Company Equivalent villain The Scarecrow, real name Ebenezer Laughton.