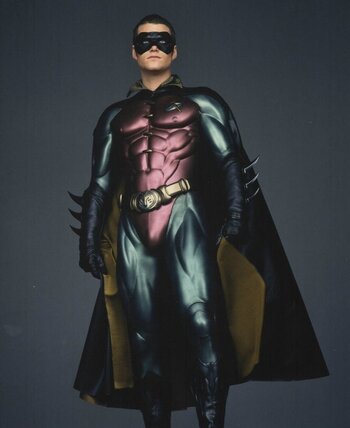 "Bruce. whenever you go out at night, I'll be watching. And wherever Batman goes, I'm gonna be right beside him. I mean, how you gonna stop me?"
New Outfit 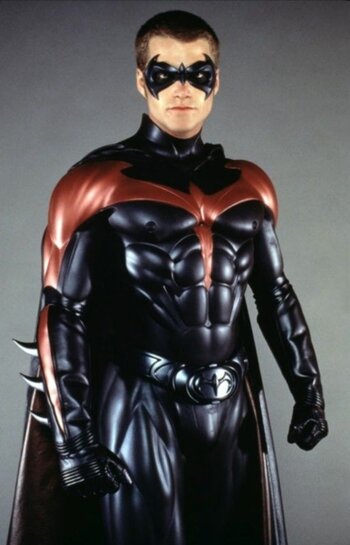 "Look, I want a Robin Signal in the sky, alright? I'm tired of living in your shadow. All that ends right now."

"All I can think about every second of the day is getting Two-Face. He took my whole life. And when I was out there tonight, I imagined it was him that I was fighting, even when I was fighting you. And all the pain went away. Do you understand?"

A young acrobat who is orphaned after his parents and brother are murdered by Two-Face, he is taken in by Bruce. Learning Bruce's Secret Identity fuels his desire for vengeance against Two-Face, and though Bruce is hesitant, he eventually takes Dick on as his partner, Robin. 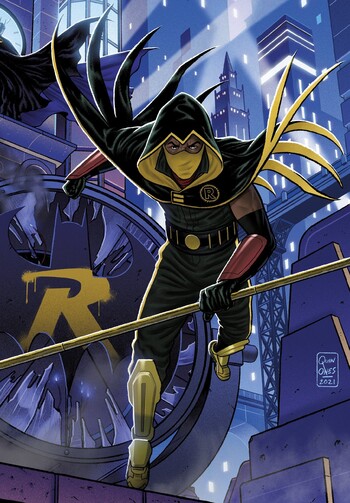 "This town's gonna boil over unless somebody keeps the lid on. I'm gonna need a helper."

"See, terrorizing bad guys? It's fine, I get it, but it's a dead end. You gotta inspire people to stand up on their own. To make the kind of world they want to live in."

A teenage mechanic living in the Burnside slums of Gotham. He also moonlights as a cloaked vigilante that even Batman has trouble fighting. 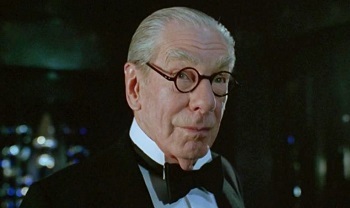 "Perhaps the truth is, you really don't trust anyone."

"I have no wish to spend my few remaining years grieving for the loss of old friends. Or their sons."

Butler of the Wayne family. 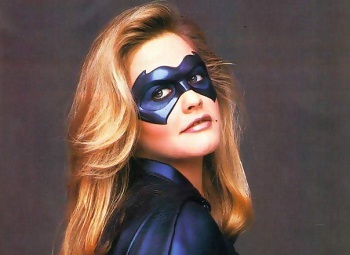 Alfred's niece who comes to America to visit her uncle and to free him from his life of servitude, believing him to be unhappy. She later learns the true identities of Batman and Robin, and suits up as Batgirl to help the Dynamic Duo save Gotham from Mr. Freeze and Poison Ivy. 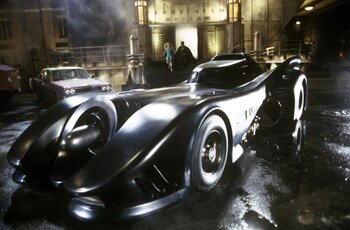 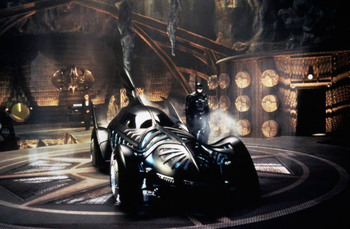 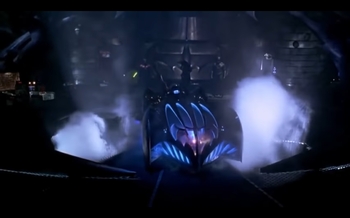