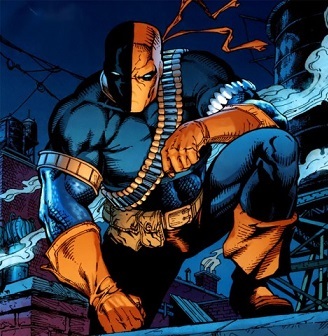 Now would be a good time to start running.

Slade Wilson, better known by his professional nom de guerre of Deathstroke the Terminator (later shortened to Deathstroke after a certain movie came out), is a fictional mercenary, freelance assassin and supervillain in DC Comics who first appeared in The New Teen Titans (vol. 1) #2 (December, 1980). He was created by Marv Wolfman and George Pérez.

Originally, Deathstroke was intended to be a minor, one-shot villain but fan-reaction saw him become a regular, recurring character in not only the Teen Titans but in other series as well. He later starred, four times, in his own comic series. The first series ran from June 1991-April 1996, the second from September 2011-May 2013, the third from October 2014-July 2016, and the fourth began in August 2016.

Slade Wilson was just sixteen years old when he lied about his age and enlisted in the United States Army where he eventually reached the rank of Lieutenant Colonel. It was also in the Army that he met his future wife, and combat trainer, Adeline Kane. Slade was eventually shipped to Vietnam, where he would end up being rescued by his future right-hand man, an SAS commando named Wintergreen. After his tour in Vietnam, Slade was selected to be a test subject for an experiment designed to create metahuman supersoldiers. This left him with enhanced physical and mental abilities as well as a healing factor. Slade deserted soon afterwards to rescue Wintergreen after a vindictive superior officer sent him on a suicide mission. Deciding to put his skills and abilities to a profitable use, Slade became a mercenary.

Slade would eventually cross paths with the Teen Titans when his son Grant, following in his father's mercenary footsteps, took a contract from the Hierarchy of International Vengeance and Extermination (H.I.V.E) to kill or capture the Teen Titans. Grant died in the attempt and Slade agreed to finish his son's job. This would be the start of a long history of conflict between Deathstroke and the Titans. Because of his skills as a mercenary, Slade would eventually wind up duking it out with several DC heroes over the next three decades.

He has also appeared in:

He's also appeared as a playable fighter in Mortal Kombat vs. DC Universe (voiced by Patrick Seitz), Injustice: Gods Among Us (voiced by J.G. Hertzler), and Batman: Arkham Origins (voiced by Mark Rolston) as a villain and DLC character.

Not to be confused with another comic book mercenary with the last name Wilson.

The wife and former senior officer of Slade Wilson's, she also later becomes the leader of H.I.V.E. She maintains a strained relationship with Slade, and is also the person who damaged his right eye. 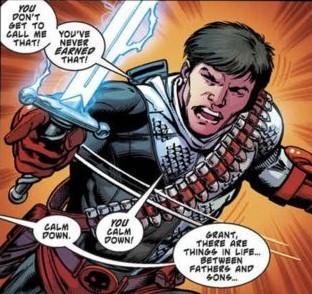 Slade and Adeline's oldest son, Grant took after his father and became a mercenary. While he doesn't possess any of his father's enhancements, he's still a skilled mercenary. Famously died performing a contract on the Teen Titans, which led to his father taking on said contract. 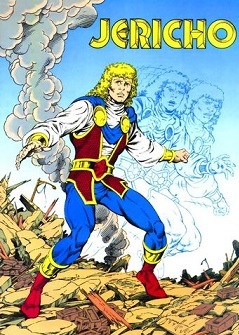 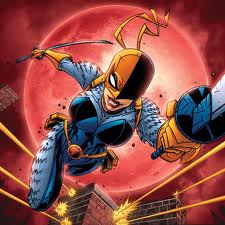 Rose Wilson is the daughter of Slade Wilson and Lillian Worth, a Hmong woman. She has a complicated relationship with her father, but eventually takes up the Ravager name as both a villain and member of the Teen Titans. 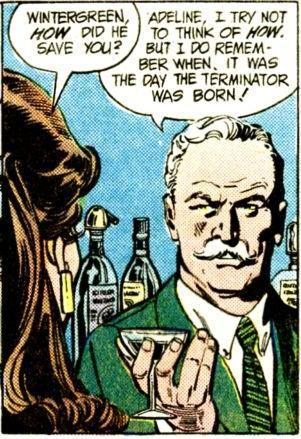 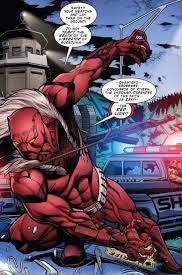