The main characters of Batman Beyond.

Maxine "Max" Gibson was Terry McGinnis's friend, and later an invaluable ally in his life as the second Batman. 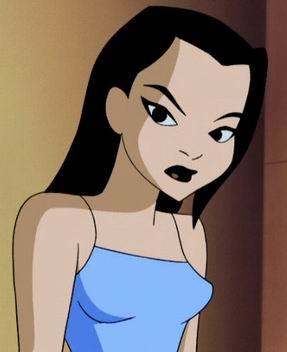 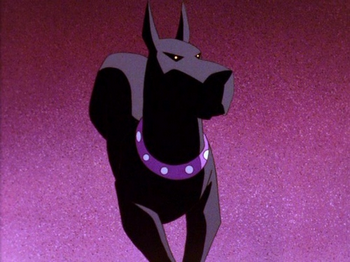 Bruce Wayne's pet Great Dane, who's been a loyal companion to the old man for years. Originally taken in to participate in illegal dogfighting, the entire ring was busted, leaving Ace to run away and live in the streets. Bruce discovers and takes Ace in, the two staying together ever since. Occasionally, he helps Terry when the kid takes on the mantle as Batman.

Voiced by: Stockard Channing (Seasons 1 and 2), Angie Harmon (Season 3 and Return of the Joker)

The former Batgirl, she has put aside her cowl and has now taken her father's place as Gotham's Police Commissioner. Disillusioned with her vigilante past, she has a very rocky relationship with Bruce and repeatedly butts heads with Terry as a result. As time passes, she still prefers to do things by the book, but now willingly works alongside the new Batman.

See here for info dealing with her in the rest of the DCAU.