Only spoilers from Season 2 are unmarked. 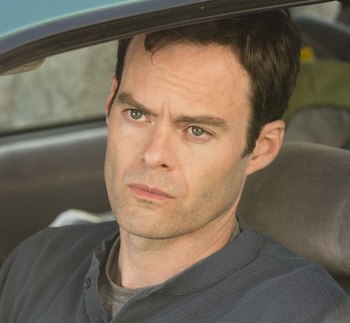 "I should just go blow my brains out 'cause there no hope for me, right? My soul's fucked because I was ordered to kill someone and I did it? You know, it doesn't make me a psycho."
Portrayed By: Bill Hader
"You wanna know what I'm good at? I'm good at killing people. You know, when I got back from Afghanistan I, ah, was really depressed. You know, like I didn't leave my house for months, and, ah, this friend of my dad's, he's, uh, he's like an uncle to me. He, uh, he helped me out and he gave me a purpose. He told me that, that what I was good at over there could be useful here and, uh, it's a job. You know. All right the money's good, and, uh, these people I take out, like they're, they're bad people, you know, like they're pieces of shit. Um... But lately, you know I've like, I'm not sleeping and, ah, that depressed feeling's back, you know. Like like I know there's more to me than that. Maybe, I don't know. Maybe there's not. Maybe this is all I'm good at."

A depressed low-rent hitman who discovers a passion for acting while on an assignment in Los Angeles. 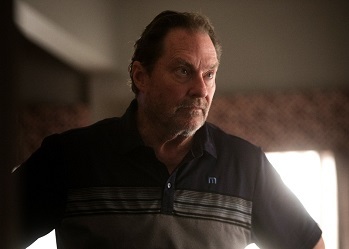 "You know, sometimes, you just have to shut up and do your fucking job."
Portrayed By: Stephen Root

Barry’s handler and Honorary Uncle, Fuches arranges Barry’s “jobs” and takes care of the business side of their work. 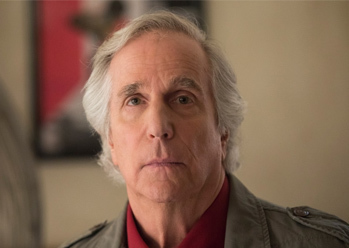 "If there is one thing I learned in my life, you can't control what other people are going to do."
Portrayed By: Henry Winkler

Eccentric and pedantic, Cousineau is a Los Angeles acting teacher who is revered by his students. 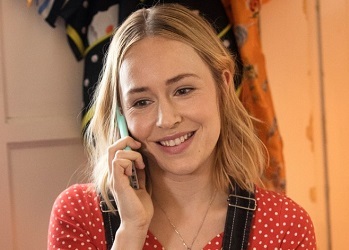 "I know what it’s like to be freaked out. It’s like when I shaved my head for I Never Saw Another Butterfly without realizing how limiting that was gonna be for other castings. We all lose track of what’s important sometimes."
Portrayed By: Sarah Goldberg

A student in Gene's class, and Barry's coworker at Lululemon.

A student in Gene's class.

A student in Gene's class, and one of Barry's roommates.

The acting student whom Barry is hired to kill.

A police detective who starts seeing connections between Ryan Madison's murder and the activities of the acting class.

Detective Moss's partner, who assists with her in the murder of Ryan Madison and several others, finding a link to one of the actors, Barry Block. 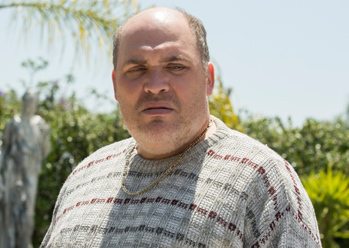 "My daughter is having sleepover and we are being too loud."
Portrayed By: Glenn Fleshler

The leader of the Chechen mob in Los Angeles, Pazar hires Barry to handle an embarrassing situation. 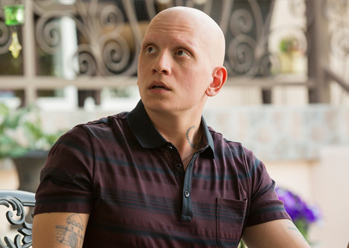 "Well, what do you want me to do? Go to John Wick Assassin Hotel with help wanted sign?"
Portrayed By: Anthony Carrigan

One of Goran's mobsters, the twin brother of another enforcer Barry killed.

One of Goran's mobsters, the twin brother of another enforcer Barry killed.

A former Marine who's introduced to Barry through Chris, only to end up causing trouble when he wants in on Barry's business.

The boss of the Bolivian cartel that Fuches convinces Goran to wage war against.