Characters / Barbie in the Princess and the Pauper 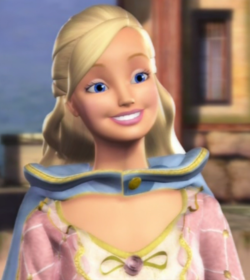 I'm savoring a first and last taste of freedom before getting married next week...to a total stranger.
Voiced by: Kelly Sheridan; Ilona Brokowski (German dub), Sanna Majuri (Finnish dub), Gisela (European Spanish dub), Luljeta Bitri, Odeta Katundi (Albanian dubs)
Anneliese is the princess of a bankrupt kingdom. In order to save her kingdom, she must marry a rich king, yet she is already in love.
Erika 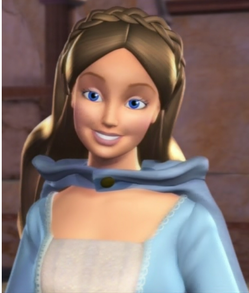 Though I know I have so little, my determination's strong. People will gather around the world to hear my song!
Voiced by: Kelly Sheridan; Ilona Brokowski (German dub), Willemijn Verkaik (Dutch dub), Eri Ito (Japanese dub), Luljeta Bitri, Odeta Katundi (Albanian dubs), Csondor Kata (Hungarian dub)
Erika is a poor village girl who must work as a seamstress in order to pay off her parents' debt. She would much rather be a singer. 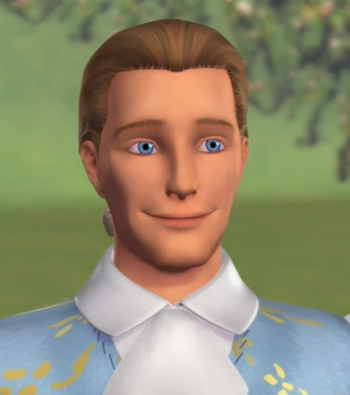 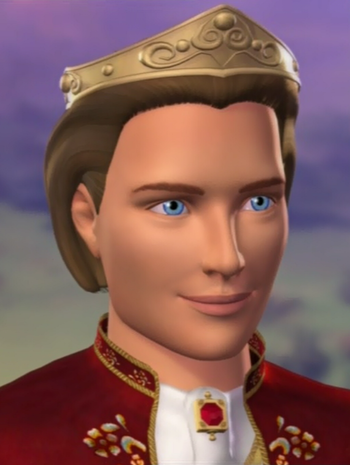 Voiced by: Mark Hildreth (speaking), Mark Luna (singing)
A rich, young, and charming king. He is also very handsome and talented when it comes to playing instruments, and he can play the trumpet, the piano and the dulcimer. Like Anneliese, he hopes to find true love without any pretense. He soon falls head over heels for the disguised Erika
Queen Genevieve
Voiced by: Ellen Kennedy
Annelise's widowed mother and the current ruler of the kingdom.
Preminger 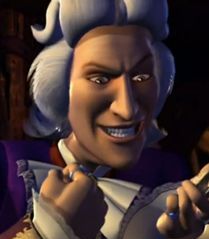 Yes, before this chapter closes, I'll be big as Charlamagne!
Voiced by: Martin Short
Preminger is the main antagonist of the movie. His goal is to become the king of Anneliese's kingdom.
Madame Carp
Voiced by: Pam Hyatt

Madame Carp is a minor antagonist of the movie. She is Erika's cruel boss. Erika's parents took a loan from her, which she is stuck paying off. 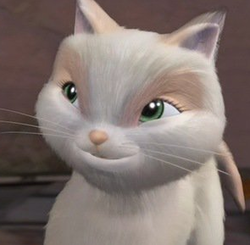 I may be dainty, but I'm still a feline!
Voiced by: Kathleen Barr
Serafina is Anneliese's pet cat. She falls in love with Wolfie.
Wolfie 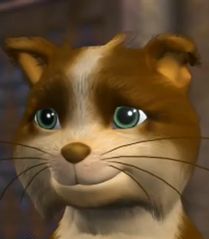 A cat always lands on his feet. Even one that barks.
Voiced by: Ian James Corlett

Wolfie is Erika's pet cat. He acts like a dog, and he falls in love with Serafina.