All spoilers will be unmarked.

The Steppenwolf Group was a hacking group known for their numerous data stealing of several industry groups, selling them for a huge prices. First a small group of Gray Hats, it began to target more and more influencial groups to build their name.

The protagonist Tohru Souma was among them, first for a living, and later for the sheer thrill of breaking the law. However, at the beginning of the game, the small group was about to disband for a last, big hacking into the servers of the military company FLAK. They instead get lured in a battle between the military and the terrorist faction Fei Dao, and Tohru's best friend Yuuya Nonomura was killed by an unknown Simulacrum from FLAK, while fellow hacker Akira Nikaidou got caught. 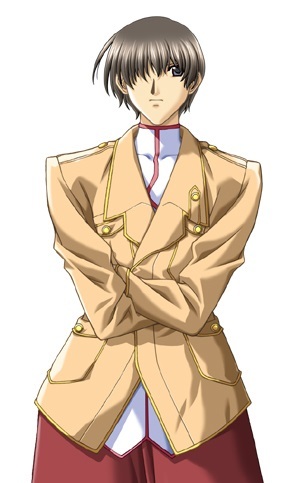 The main protagonist of the story. After the disbanding of Steppenwolf, his fate can change on the player's choice:

Before being adopted by the family of Tsukina, he was one of the five orphaned children subjected to brain enhancing experiments. In his case, the experiment was to allow the subject to recover from any mental modification (like brainwashing or forced amnesia), and it ended up successful. His real name was Shinichi Mizusaka, the step-brother of Ren Mizusaka. 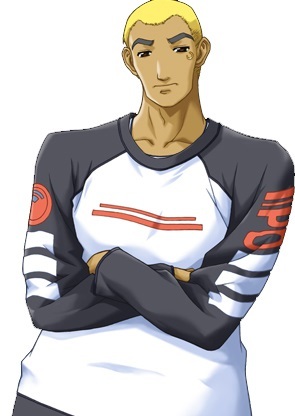 Tohru Souma's best friend in Steppenwolf. He was planning of living an honest life using his hacking skills for the society, before disbanding the group altogether. He tragically dies during their last hacking, by an unknown foe. His death leads Tohru to find his murderer, seeking revenge. 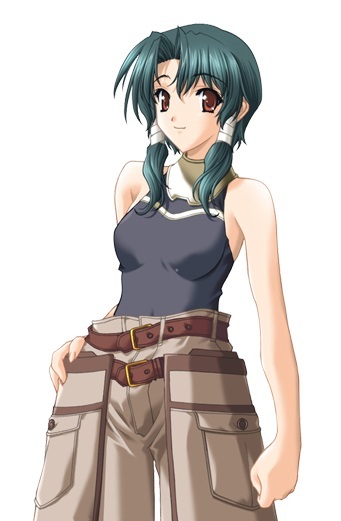 The step-sister of Tohru and former mission control of Steppenwolf. She used to live with him, but after their disbanding she was sent at VSS as a pilot. 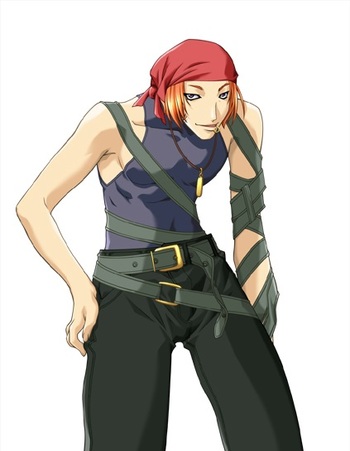 A fellow hacker from Steppenwolf. Because he acceded to vital data of the military, he was directly put in jail after the disbanding.

A large military group whose main mission is to monitor the everyday moves of hackers, terrorists and data thieves. They often recruit their talents from former hackers they got arrested, and their main enemy are the Fei Dao terrorists.
Gen Gondou 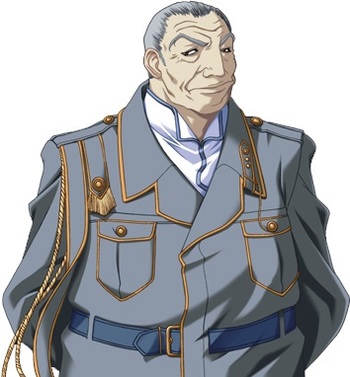 The Commander in chief of FLAK. He is an old man with strange hobbies and directing the military for 15 years. 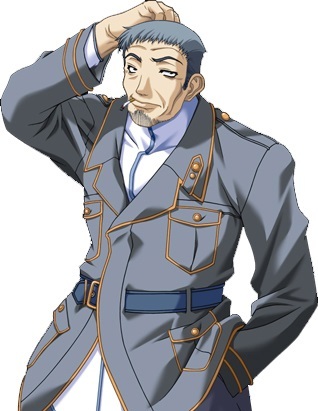 The captain of the first platoon at FLAK, where Tohru is working on. He's the one who recruited Tohru at the beginning of the game. 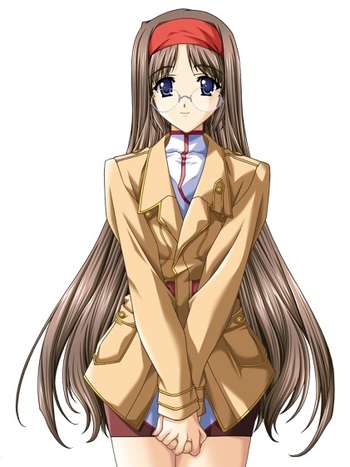 A member of the first platoon and the first soldier Tohru gets to see. She acts as the mission control for FLAK. 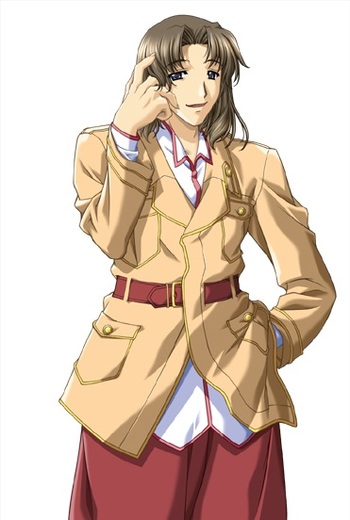 A regular member of the first platoon, who was a former hacker before being recruited by FLAK. He's a playboy who often spends time with women and alcohol. 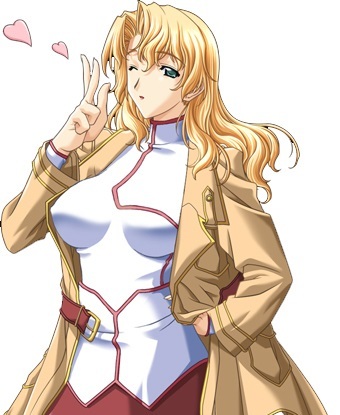 Another member of the first platoon, who was a former hacker before being recruited by FLAK. She is a laid-back girl who likes to show her chest whenever she wants, trying to seduce Tohru at their first meeting. 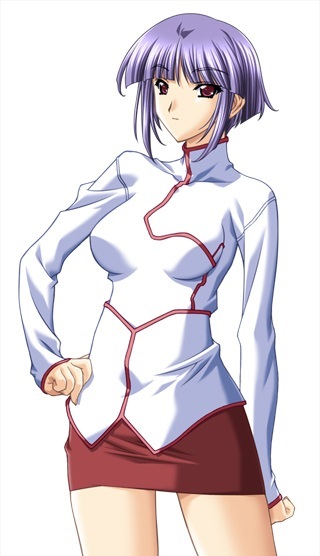 A silent girl who is also part of the first platoon. She doesn't like to communicate with others and can pass as an indifferent and cold individual. She's known as "The Berserker" in mission, because of her tendency to recklessly rush towards enemies.

The biggest private security company in the world. Their technology allows them to have their own simulacrum army with AI support, on par with the FLAK forces, making them a competitor for peacekeeping.
Reika Tachibana 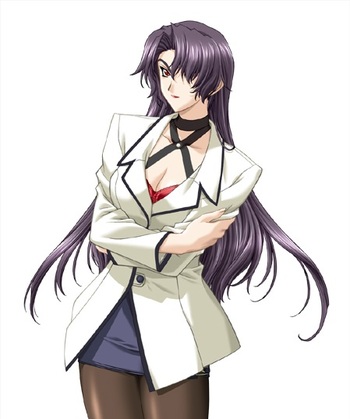 A cold and intimidating women who is the CEO of VSS.

Antichips terrorists whose main objective is to disrupt the governing powers for the right of the people, often using violent methods to do so.
Qu Wong 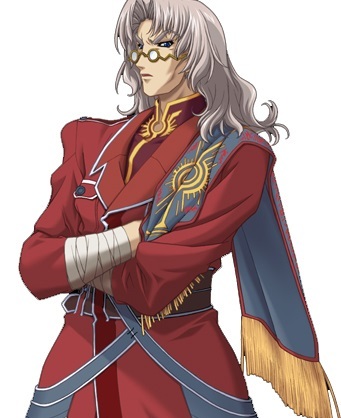 The leader of Fei Dao. Not much is known about him part from being the main head of the terrorists. 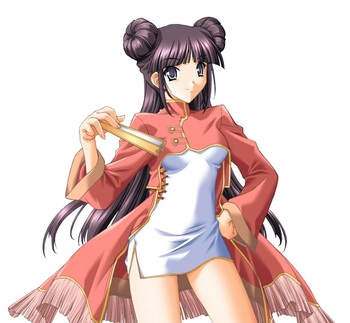 In Ren's Route, it's revealed she was one of the five orphaned children subjected to brain enhancing experiments. In her case, she was given the memory chip to test out the possibilites of enhancing, modifying or deleting memories, but the experiment was a failure, giving her the memory losses and seizures she suffers in her route. Qu Wong took her under his wing along with Genha following the interruption of the experiments eight years ago. 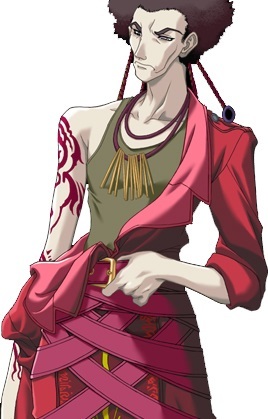 An unsettling man who is one of the strongest members of Fei Dao. He joined the terrorists only to harm and slaughtering others whenever he wants.

In Ren's Route, it's revealed he was one of the five orphaned children subjected to brain enhancing experiments. In his case, his right brain was enhanced and it successfully gave him greater reflexes and instincts, but left him with a defiancy in his mind. Qu Wong took him under his wing along with Liang following the interruption of the experiments eight years ago. 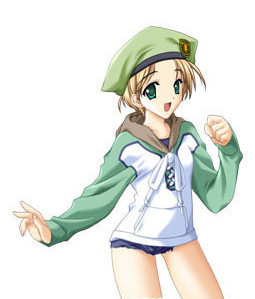 A mysterious hacker who regularly provided backup for Steppenwolf. Their identity is shrouded in mystery, finally revealed in their proper route as a little girl who lives in the slums.

Her given name is Hikaru Asakura, but she gave it up for "Bachelor". She's related to an old incident eight years ago, and met Souji Yagisawa when he was still a pilot.

During the events of Ren's Route, her true name is revealed: Noriko Kishima, one of the five children subjected to brain enhancing experiments. In her case, the experiment succeded and it left her with an increased intelligence. Wanting to discover the truth about her past, she fled from her orphanage to live as the hacker she's known as today. 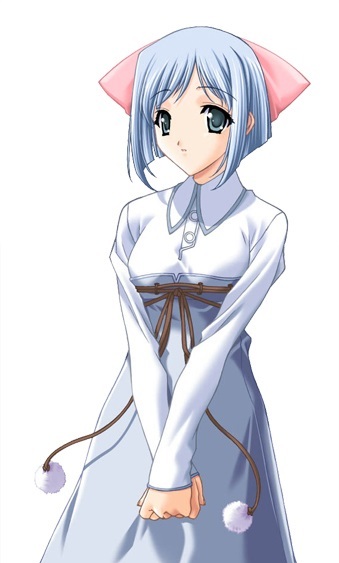 A strange, ghostly girl who is only seen in the cyberspace, nicknamed the "Wired Ghost" by many. She regularly appears to Tohru in some routes, and she is the latest heroine of the game.

In her route, it's revealed she was one of the five orphaned children subjected to brain enhancing experiments. In her case, the experiment was to extend the time one can be separated from its real body in cyberspace, and it was left unfinished due to her avatar being separated too much from her original body and unable to go back. Since then, she was known as the "Wired Ghost", desperately searching for her step-brother, Shinichi, who would later become Tohru Souma, and her real body as well. 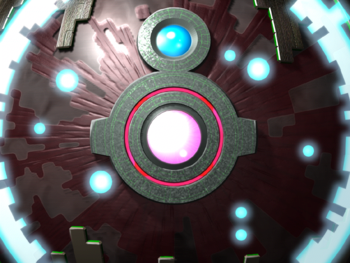 Leviathan is the name of an ancient cyber superweapon known by a handful of people, sealed in the old laboratories of FLAK, because it was too dangerous to be used by humans.

It was responsible for a great disaster eight years ago, flatlining many civilians indiscriminately until it was sealed. The hacker Bachelor is believed to be the prime culprit for being here during the incident, but it was later unconfirmed in her route.

The full extent of its abilities is unknown, but the few people who saw it ended up being traumatized by its might. It is unsealed by Bachelor in her route, to save herself from Genha.

It's later revealed in Ren's Route that it reacts to her emotions: The more negative they are, the less she is able to control it, and the other way around, because it represents her subconscious.