Characters / Back at the Barnyard

open/close all folders
The Main Animals 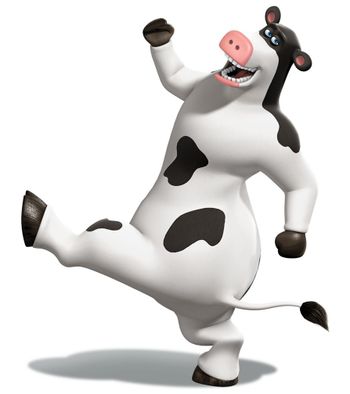 Otis is the leader of the barnyard. He is a cow. 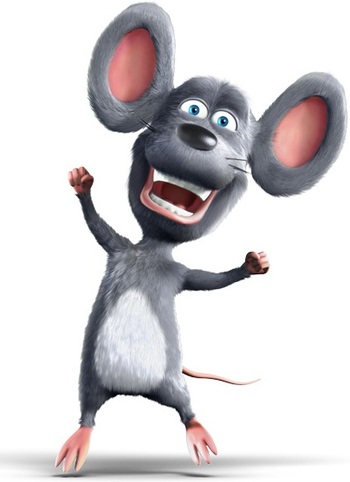 Otis' best friend who's a mouse.

A female cow at the barn who has a crush on Otis and vice versa, though they never get to admit their feelings for each other. 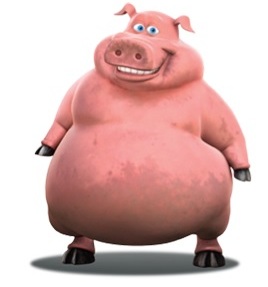 A pig who lives at the farm and hangs out with the main characters. 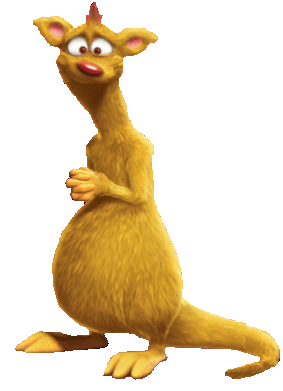 A ferret who lives at the barn. Best friends with Peck the rooster, and constantly scolds himself for thinking about eating him or any other chicken on the barn. 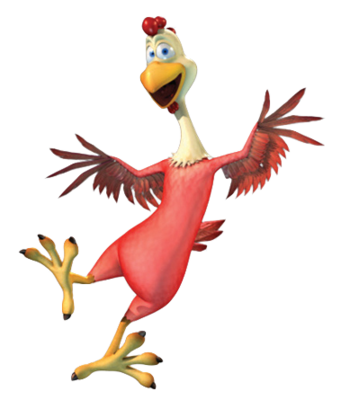 A rooster who lives at the barn. He's best friends with Freddy the Ferret. 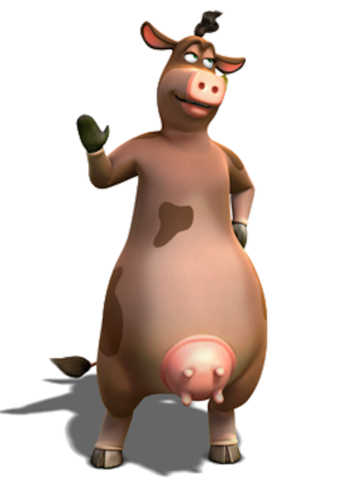 A cow who lives on the farm and criticizes Otis on a regular basis. 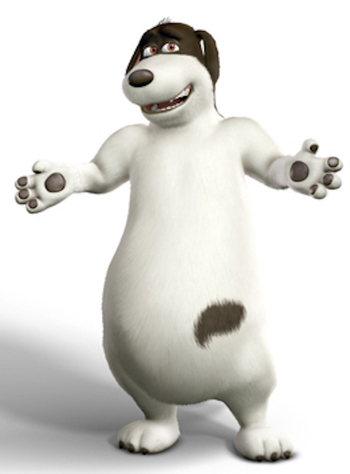 Voiced by: Dom Irrera
The farm's cynical sheepdog—out of all the animals at the barnyard, he's the closest to Farmer Buyer.
Humans

A woman who lives close to the farmer. She knows that the animals walk and talk, and is always looking for evidence, causing her husband to believe she's crazy.

Nora's husband, who's usually sitting in his chair and reading newspapers.

Mr. and Mrs. Beady's nephew who likes to mess with the barn animals.

Two guys who work at a pizza restaurant and pop up to say stupid things.

The owner of the farm. He's not a very important character and he's largely unaware of the animals' ability to walk and talk.

The local Veterinarian who's feared by the animals she treats.

A local TV-reporter who's a bit of an oddball. 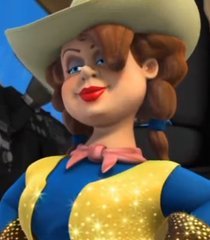 A horse riding rodeo performer who The Farmer becomes smitten with.

A 13-year old dog (thus an elder) who lives on the barnyard. He used to be owned by an adventurer named Nebraska Schwartz.

A trio of troublemaking cows who also happen to be friends with Otis.

The mythical cryptid that used to roam the woods before becoming a member of society. 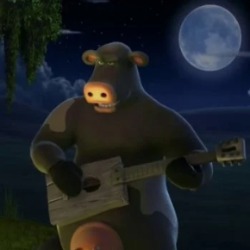 A cow and Otis's adoptive father, as well as Otis's predecessor as the leader of the barnyard. 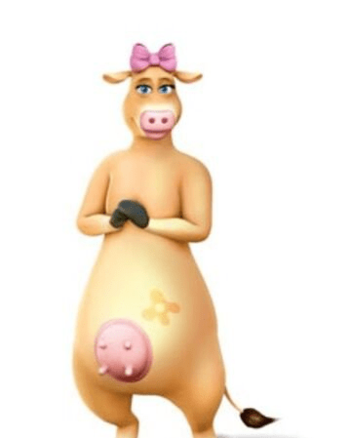 A pregnant cow who arrives on the farm with Bessy and who also becomes Otis' love interest. 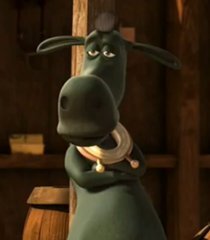 An elderly mule and longtime friend of Ben. 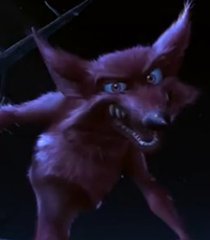 A cruel and carnivorous coyote, leading a pack that frequently terrorizes the farm. 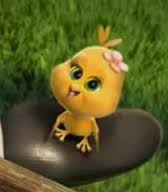 A young chick who enjoys playing with Otis. She is slightly troublesome for her mother Etta to take care of because she often wanders off from the chicks.