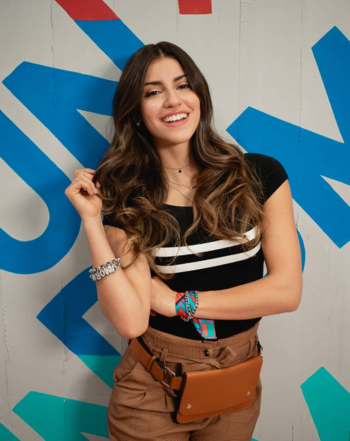 Bia is sixteen years old and lives with her mother, Alice, and father, Mariano. Creative, Proactive, Resourceful, Direct and Determined. Bia seizes any opportunity to express herself through her drawings and shares her creations on social media. Together with her parents, Mariano and Alice, she has spent her life between Argentina and Brazil. Bia had a strong connection with her Sister, Helena, who is no longer in her life, and who transmitted her passion for singing and music. Due to the absence of her Sister, Bia Has Not Sung Again and kept her love for music in order to keep intact the special bond that she shared with Helena. 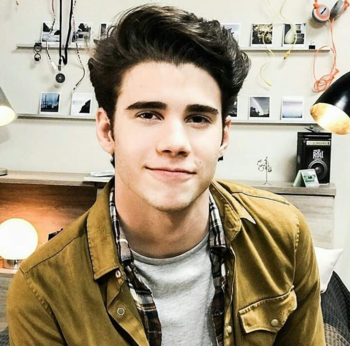 Manuel is between eighteen and nineteen years old. He is Alex and Victor's cousin. He is introspective and only speaks when he has something important to say. Sensitivity, Creativity and Goodness are the traits that best define him. He enjoys helping Alex in the creation of his videos, but not is interested in achieving fame on the internet. His true passion is Music but he also likes to help Alex Behind the camera. He has no regulated musical education and learned to play the piano by watching Tutorials. 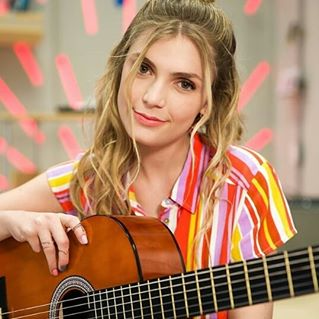 Chiara is sixteen years old. Bia, Celeste and Chiara Are Best Friends. She does not think about the future, she does not make plans, she only does what arouses her interest and thinks that we must enjoy the present. Her motto is Enjoy Things Here and Now. She is Impetuous a bit Crazy, Simple and Sensitive. She has no sense of danger or fear of ridicule. She is a Pure Instinctive Free Spirit. Her personality is complementary to Celeste's and that makes them work very well together, although their differences sometimes create tension between them. Together they dream of forming a musical group. 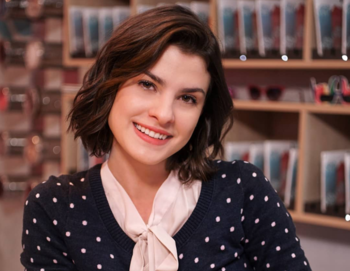 Celeste is sixteen years old. She is one of Bia's Best Friends and they have known each other since they were little girls. She loves science and is an Intellectual. She is also very responsible analytical and focused. Celeste is always thinking about the future, reflecting and making plans. It is difficult for her to enjoy the present, relax and have fun. She has to Rationalize Everything and create scientific hypotheses even when it comes to questions. She is the Perfectionist and very demanding and she panics to open her heart and show herself vulnerable. That's why she gives herself a terrible measure to Fall in love. 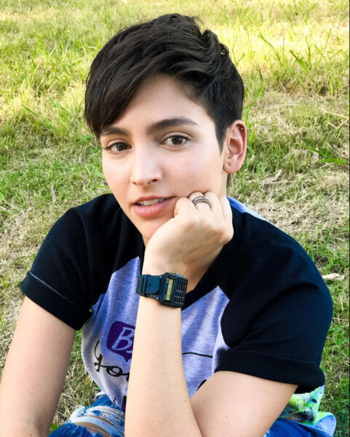 Pixie is between twenty and twenty-three years old. She is in charge of El Fundom and fulfills her role with great Responsibility and Efficiency. She is an expert in Digital Technology Cameras, lights and editing, and she loves to help the teens with improving their videos. Calm and Observant she breaks gender stereotypes through her style. 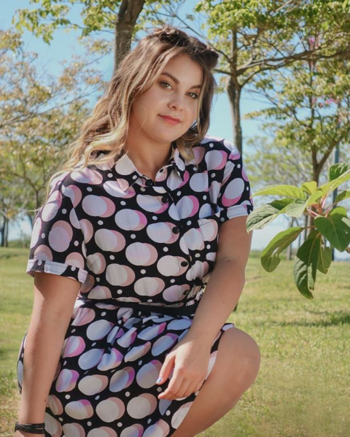 Daisy is between eighteen and twenty years old. She is a highly talented Dancer who carries the rhythm in her blood. If the music sounds, she can't help but start dancing. She enjoys creating videos with dance tutorials and choreography. She is passionate, impulsive, Vehement, insecure, very nice and communicative, sometimes in excess. Her Parents Have Been So Exciting That She Feels She Is Never Good Enough. Daisy has a romantic side to everything and is a bit Naive. She lives in the Kunst residence where she forms a great friendship with Thiago and Pietro. 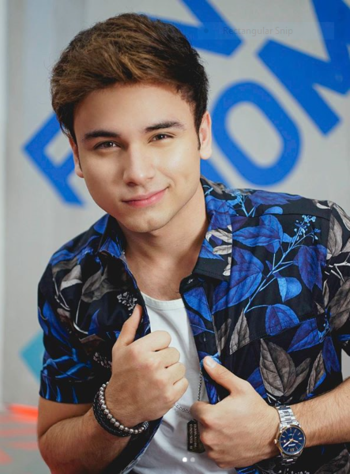 Jhon is between eighteen and twenty-two years old. He loves Fashion, and although at first glance he is Superficial and Egoistic, he can be Endearing and Charming when he forgets his competitive side. Spontaneous and Very Direct, he always says what he thinks without reflecting too much on the consequences. He is constantly looking for New and Stimulating experiences, and goes with a sampler everywhere in case musical inspiration arises. He loves to sing, dance, and anything else that provides instant pleasure. 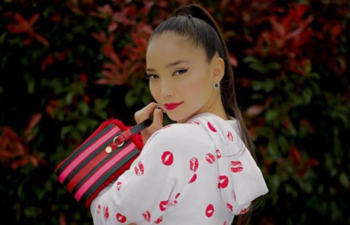 Carmín is between twenty and twenty-two years old. As one of the Most Important Influencers of Laix the best known network of web stars she is a real Star of the digital world. On her channel, one of the most popular on social media, she not only gives advice to choose the best combination and the latest trends in Fashion, but also shares details of her private life to the delight and fascination of her unconditional fans. She cannot bear failure because she has always succeeded in everything she has set out to do. 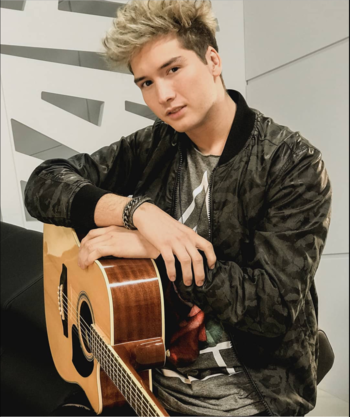 Jandino is a renowned singer and songwriter. He is very focused on his professional career and uses the web as a vehicle to make his music known to the world. Being part of Laix has allowed him to develop his career and has given him a higher status as a star in the digital world. 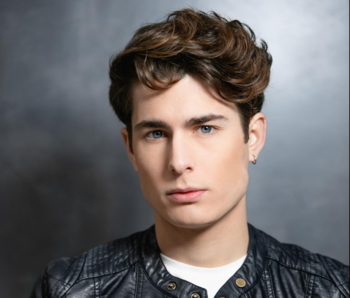 Alex is between eighteen and twenty years old. He is Victor's brother and Manuel's cousin. He always liked to attract attention, first of his family and now of his followers. He is Winning, Seductive, Self-centered and Ambitious. His greatest wish is to reach the top of popularity on social media. To make it better, he is willing to do whatever it takes. To be a Funny and Histrionic personality, he likes to play jokes and laugh at others. 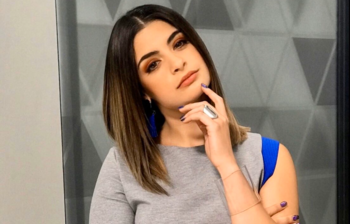 Mara is between eighteen and twenty years old. She is Carmin's Personal Assistant and helps her to produce her Videos. Orderly, Methodical and Obedient, she follows each of her requests and whims. Deep down how ever, she hides a Dangerous, Calculating and Strategical personality. Mara is an expert in the latest trends and is much more intelligent than she seems. Her Nail Art channel, MStyle, continues to grow in popularity. 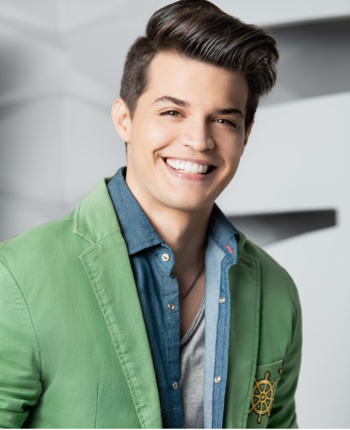 Guillermo is between twenty-three and twenty-six years old. He is Marcos' right hand man in Laix, and he is constantly subjected to mistreatment and humiliation by his boss. He does not dare to confront Marcos so he generally has to lower his head and follow orders. gripped by the tyranny of Marcos and forced to fulfill useless tasks, his talent is madly wasted. He thinks that, if he had a chance, he would do great things and this makes him resentful, mean and quarrelsome. Marcos's intimidation turned Guillermo into a dangerous troublemaker. 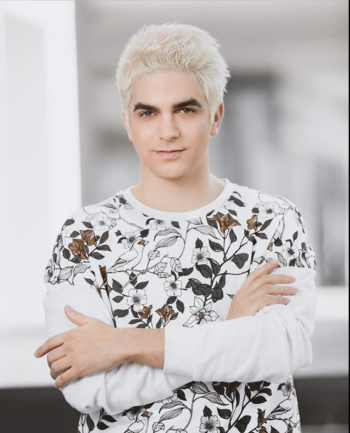 Marcos is between twenty-five and thirty years old. He is the ambitious and unscrupulous CEO of Laix, the most popular network of webstars. cool, despot, always in the latest fashion and a bit eccentric. Marcos is an eternal teenager who loves junk food, fun and compulsive consumption. He uses his charisma to recruit the best influencers to be part of Laix. 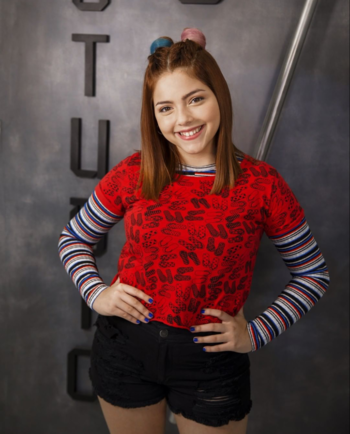 Aillen is eighteen years old. She is an expert in social networks, there is no data, news, hashtag, event or influencer that she does not know. She is also Alex's number one fan. Through an entourage of assistants, such as Valeria and Julia, she is aware of everything that happens in El Fundom. 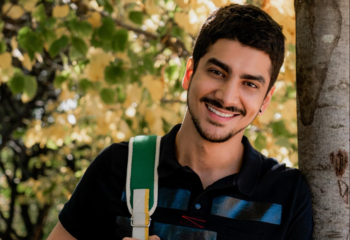 Thiago is between twenty-four and twenty-six years old. He is a very active and persevering athlete. his main affections are playing basketball and playing the guitar. He comes from a wealthy family and is an only child. After the death of his mother, Thiago needs to start over and decides to move to Buenos Aires to take over the Kunst Residence, an important mansion that belongs to his family and to which his mother had a special affection, there he formed a great friendship with Pietro and Daisy, who work and live with him. 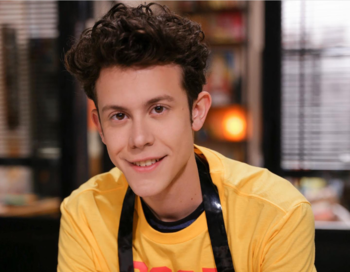 Pietro is between eighteen and twenty-one years old. He studies Law, but his passions are Gastronomy and Humor. He always has a clever comment or ironic joke up his sleeve. He lives in the Kunst Residence where he is in charge of cooking for Thiago and Daisy. He always finds ingenious comments to make and posts sarcastic jokes on social media (which get very little attention). He wants that to change and is still looking for his Identity On the Net (and Off It). 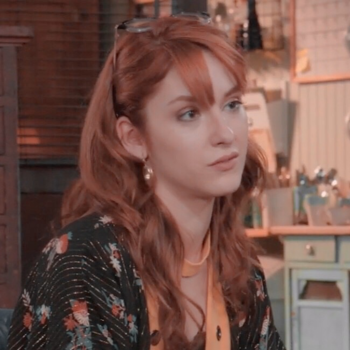 Helena is twenty-seven years old. She is Bia's Sister and she was her funny and intelligent mentor, always achieving everything she proposed. Bia discovered her passion for Music and Singing thanks to Helena. They used to sing together and they got along very well. They had a very close relationship and spent a lot of time together despite the age difference. Helena was part of a musical band with her boyfriend Victor and Lucas his brother she and Victor were the writers of the music and the lyrics of all songs.

Introduced in season 2, Luan is an old friend of Thiago's who moves into the Kunst residence in between his trips to different countries around the world. He enjoys travelling and technology and relies on his intuition to see through even the deepest secrets people are keeping.

She is Bia and Helena's mother. Unlike Mariano, Alice thinks about her daughter Helena everyday and expresses the pain she feels after her alleged death. Comprehensive, friendly and sensitive, she has a very good relationship with Bia and her friends. She works as a psychologist.
Mariano Urquiza

He is Bia and Helena's father. Despite his good heart, he finds it difficult to express his feelings, especially the pain he feels about Helena's absence. He is a very successful builder.
Victor Gutiérrez 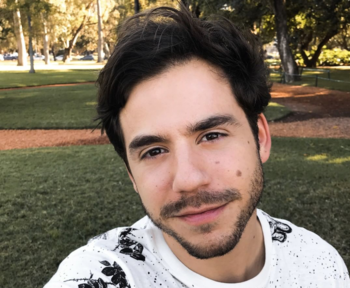 Victor is between twenty-seven and twenty-eight years old. He is Alex's older brother and Manuel's cousin. After suffering a traffic accident, he was left in a wheelchair and even though 10 years have passed, he has not been able to respond emotionally. Victor is quiet and withdrawn but little by little he regains his energy, passion and the will to live and will resume his great passion for music.

He is Victor, Lucas and Alex's father. He seems to be the conciliatory figure of the Gutierrez family, but deep down he hides terrible secrets and lies to his loved ones to cover them up. He is willing to do everything to keep his lies a secret.
Paula Gutiérrez

She is Victor, Lucas and Alex's mother. Since Victor's accident, she has devoted herself exclusively to the care for her son. She cannot leave the pain of the past behind and this has made her a frustrated and spiteful person.