open/close all folders
The Pensacola-class 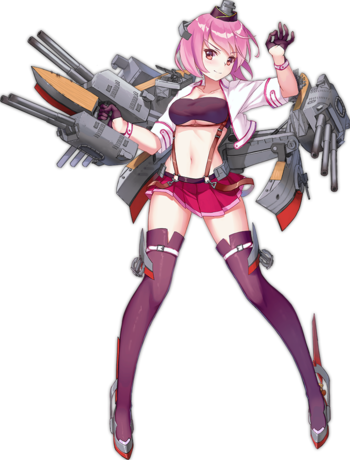 ID: No. 039
Rarity: Normal
Artist: 紫瑟
"Are you the Commander of this fleet? You look quite capable……OKOK, I'm Pensacola, I'll be working under you starting from today, nice to meet you." 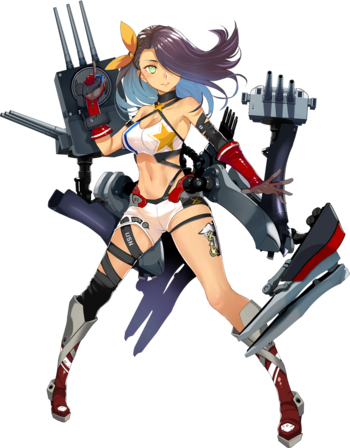 ID: No. 041
Rarity: Rare
Artist: realmbw
"Mmm, hello Commander. To think that you can accurately predict where I would appear, seems like we are quite in sync……if only it's the same with Hornet……" 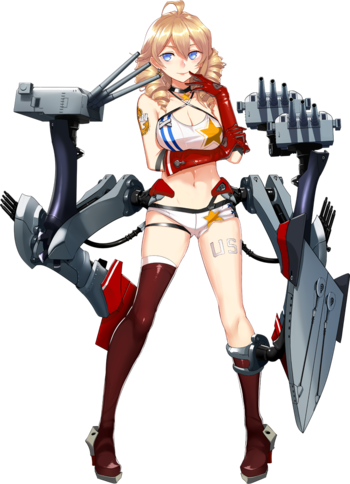 ID: No. 042
Rarity: Rare
Artist: realmbw
"So you're the Commander huh, you have a face that big sis can't resist to bully~ I'm starting to look forward to the coming days." 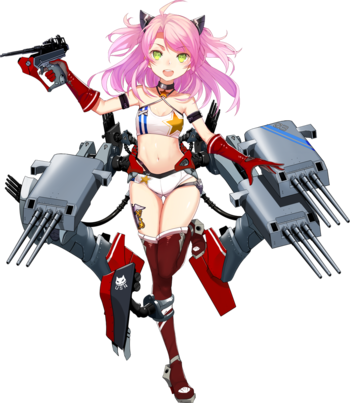 ID: No. 043
Rarity: Elite
Artist: realmbw
"Hiya~5th ship of the Northamptons is here, during the Invasion of Palawan I once took on a whole Sakura Empire squad alone! Starting from today Commander can play with me! ~yeah——☆" 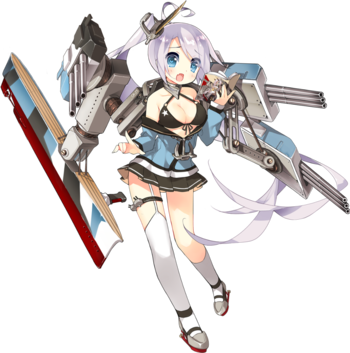 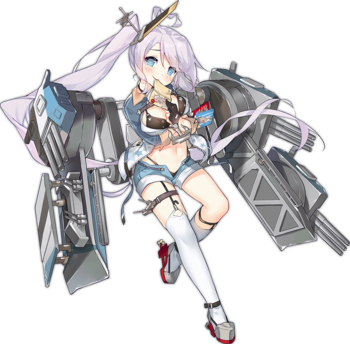 ID: No. 044
Rarity: Rare
Artist: Saru
"Nice to meet you, Commander. I'm Indy's big sister, Portland. I've taken part in the battle of the Coral Sea, Midway, Guadalcanal, and the Santa Cruz Islands. Eh? Who's Indy? It's the nickname of Indianapolis, my dear little sister!" 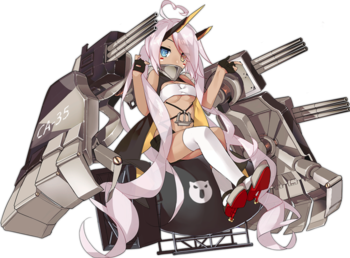 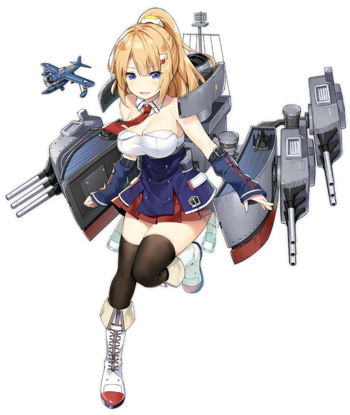 ID: No. 046
Rarity: Elite
Artist: Sky-FreeDom
"Aloha, Commander~ I'm Astoria, the older sister of the New Orleans class! If you have any concerns, feel free to discuss them with me~" 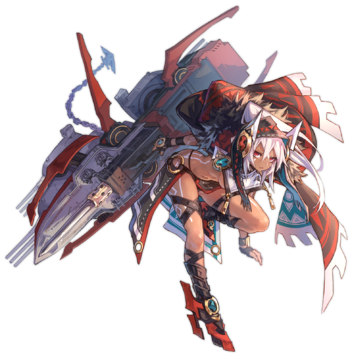 ID: No. 364
Rarity: Super Rare
Artist:
"Heya! New Orleans-class Minneapolis, reporting in! I'm an expert hunter, so gimme a shout if there's prey you want me to hunt down!"

Representing the USS Minneapolis, she's markedly different from the other New Orleans ships as a reference to her (and the other surviving ships of the class) having undergone major retrofits following the Battle of Savo Island, during which the other three "New Orleans" ships in game were sunk. 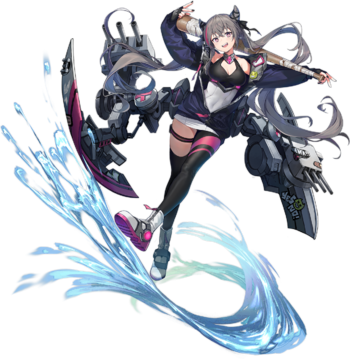 ID: No. 512
Rarity: Super Rare
Artist: Nagu
"Sup, Commander! The name's San Francisco! ...Huh, joining the fleet's supposed to be fun? Anything in it for me? Just askin' for curiosity's sake~ Oh, by the way, I'm calling ya Puddin' from now on~" 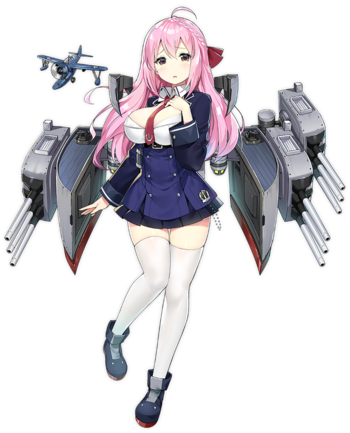 ID: No. 047
Rarity: Elite
Artist: Sky-FreeDom
"C-commander... Hello... I am the heavy cruiser Quincy of the New-Orleans class. From now on I will be living with Commander. So, i-is there anything that I can help with?" 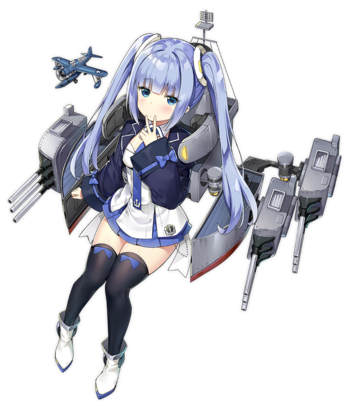 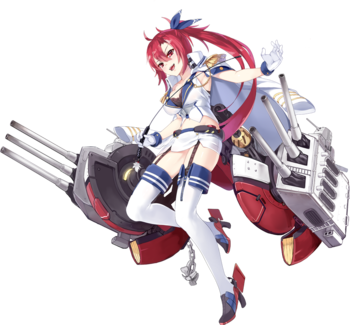 ID: No. 049
Rarity: Elite
Artist: Kaede Yumesaki
"Are you my commander? Okay, from today onward, you're my adviser. Use your ability to help me conquer the seas!" 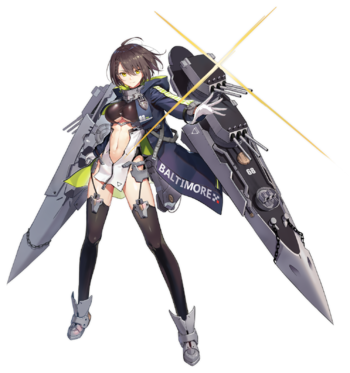 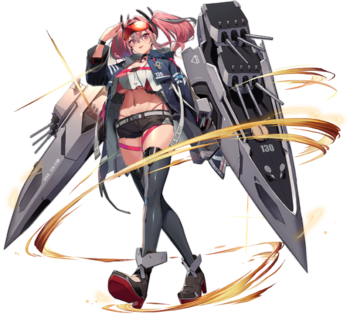 ID: No. 443
Rarity: Super Rare
Artist: Katsudansou
"Here! I! Am! I'm Bremerton, the Eagle Union heavy cruiser! The pleasure's mine! Oh, by the way, mind telling me your name, birthday, and favorite thing?" 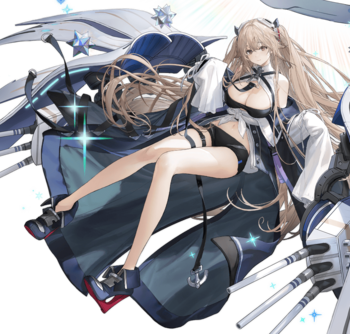 Personification of the CA-B Plan ship USS Anchorage as part of the fourth round of the World of Warships collaboration.