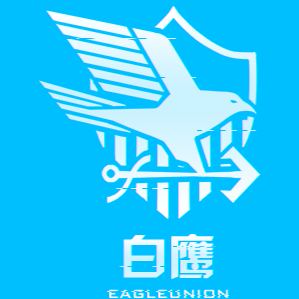 Representing the United States Navy; a member of the "Azur Lane" alliance with the Royal Navy.

Eagle Union ships tend to have high firepower with skills such as Full Firepower. Their cruisers favor guns above torpedo and have a variety of powerful anti-air options, while their aircraft carriers have high offensive air power. Even many of the battleships have higher than average anti-air stats. Some of their ships tend to lean towards the defensive side with skills such as Vice Defense and emergency self-heals.

Unlike the Royal Navy and the Sakura Empire, there's no real solo faction focus, having a mix of powerful stand alone units and units with non-faction specific buffs. This allows you to mix them with other units rather decently. This has changed with some of the more recent units in 2019 like Baltimore and Bunker Hill, who have more faction-specific tools.