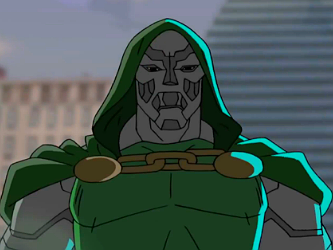 Proud, arrogant and the ruler of Latveria; Doom is an intelligent schemer and chief competitor with the Red Skull in the quest for world domination. 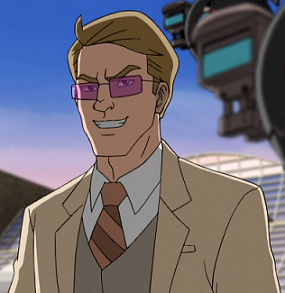 CEO of Hammer Industries (a major weapons manufacturer) and a self-declared rival of Tony Stark.

Intergalactic media mogul and fight promoter. He kidnaps the Hulk to fight in his gladiatorial television show.

The feared destroyer of planets, who seeks Earth as his latest planetary sized meal.

Formerly Captain America's best friend who was believed to have been KIA during World War II, he was actually found by Baron Heinrich Zemo and brainwashed by Red Skull, and now seeks vengeance on his tormentors who took his life away from him.

A thief and industrial saboteur, who has had several run-ins with Iron Man.

The Greek God of War and Hercules's older brother.

Doctor Strange's rival who is trying to bring back Agamoto.

An alien scientist who put together Battleworld for his "experiment".

A big game hunter who is the host and star of "Kraven's Amazing Hunt", who was hired by Killmonger to hunt down Black Panther.