Character page for Attack On Lololo 4. 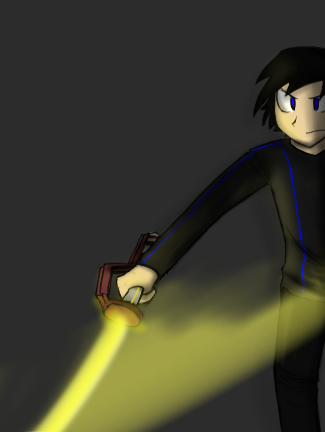 The Glass Cannon of the bunch, Meta-Mind started out as a Badass Normal before picking up a Cool Sword and gaining some powers to go with it. He specializes in extreme offence, relying on support from healers and others to keep him in the game as he dishes out large amounts of damage in small amounts of time.

His main character development arc so far has revolved around his moving from the more self-centered viewpoint he held at the beginning of the game to a more altruistic one. From the looks of things, future development arcs will be based around his status as a Legacy Character, though exactly how is unknown.

His official title is the Wandering Swordsman. 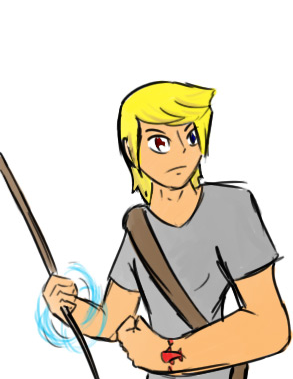 "You're all bark and no bite!"

A spear-twirling freedom fighter with aura-related powers and a veteran of the Third Lololo War.

The Quiet One of the players who post regularly, he started out as the member of the resistance who constantly would taunt opponents, and then be in a position to defend other members of the resistance. After gaining a few skills, he would settle into the role of a Lightning Bruiser that would usually use two of his skills in combination to do a priority attack and decent damage in the same turn, almost every turn of each battle.

His official title is the Transient Lancer. 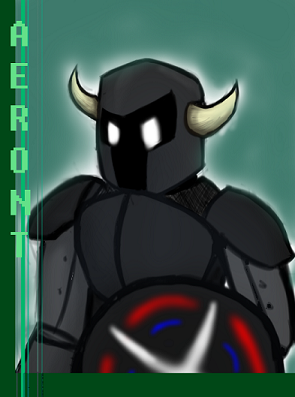 "Do not worry, comrade! I shall cover you!"

A defensive tank and healer, Aeront is one of the most team-oriented members of the group. His mighty armor seems to conceal a mysterious past.

His official title is the Guardian Paladin.

The Kirbinator
A studious mage who doubles as the team's unofficial standard bearer. Specializes in raising the overall morale of the team.

His official title is the Driving Soul.

Impromptu
A kind cleric with a gift for healing magic, Impromptu is a veteran of the Second Lololo War and a former friend of General JasonGuy299.

Her official title is the Nurturing Healer.

War P. Anda
A chill dude with a thing for raps, Warpy joined the Resistance at the beginning of the game. After reaching Level 3 and becoming an established member of the cast, he inexplicably vanished from the game. It remains to be seen whether he will ever return.

His official title is the Raging Brute.

Nicholas 1024
His official title is the Supporting Knight.
SB Sam
A calm, understated musician with a fierce temper boiling just below the surface. His signature weapon is the Mirror Baton, a powerful wand capable of absorbing and redirecting momentum.

His official title is the Tranquil Conductor.

Aquinas
A Time-Traveler from an unspecified dimension, Aquinas is a tech-savvy Friendly Sniper with an unabashed love for puns.

His official title is the Shrewd Electrician.

Kirbyand Hobbes
A member of the resistance who is apparently from The Dimension of Increased Verbosity due to a Cosmic Retcon, he specializes in finding the elemental weaknesses of his enemies and exploiting them with his Runes, Glyphs, and Symbols.

His official title is the Knowledgeable Wizard.

Zelos Wilder
Zelos is probably the most unpredictable member of the Resistance. During his time in the game he's set off fireworks, taken up archery, learned earth magic, used a sword, stripped naked in the middle of battle, studied alchemy, and just recently, gotten drunk. Although he joined later than most of the main cast, his antics have catapulted him into a prominent position among the fighters.

His official title is the Bold Ranger.

Kmj 10
One of the newer members of La Revolución, Kmj10 joined shortly before Wave 6. As of now, he only possesses a Rusty Sword and a Double-Edge Machete.
Galax
Joining in the late stages of Wave 5, Galax is an old Anti-Hero who totally doesn't have a dark past.