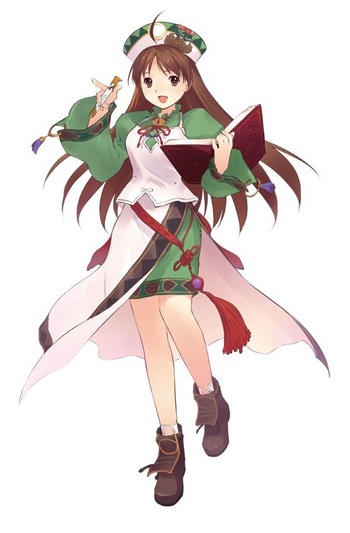 The protagonist, who was taught alchemy by Eisel Weimar. She is an optimistic girl with a bright personality, who grew up and lives in Karotte Village. Her dream is to make Karotte the best city in the whole world. She is skilled with housework, and also dislikes talk about height. Because of her dream, she refuses to move to a neighbouring kingdom together with her parents. Instead, she stays behind in the village together with her brother, Bartholomaus Platane, and opens up her own shop.

After the events of Atelier Elie, Eisel leaves Salburg behind. She hopes to travel and learn more about alchemy. In her travels, she stumbles across the small village of Karotte where she meets Violet Platane. Upon seeing Eisel's abilities with alchemy, Violet begs Eisel to teach her more about magic and alchemy. Eisel decides to offer her services while trying to learn more about alchemy herself.

The granddaughter of Karrote Village's village headman, Eugen Barbier, who also has assigned her as the price for the most successful participant of the auction. 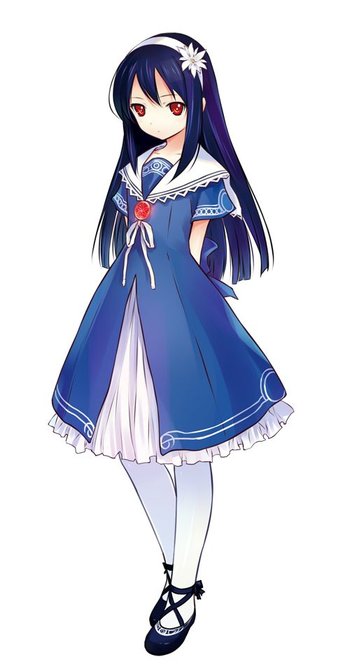 A character introduced in the PSP remake of the game. One day, she showed up outside the village headman Eugen Barbier's house, remembering nothing but her name. Worried that the Lapis might catch a cold, Violet dresses her in her clothes from when she was younger. From thereafter, Lapis moves into Violet's house. Like Sphere, Lapis' true identity is that of a spirit who got lost in the human world during a mission. 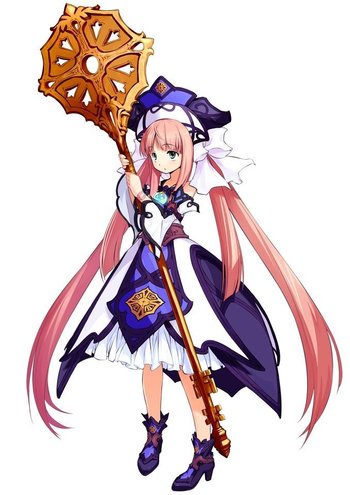 A character appearing exclusively in the PlayStation Portable re-releases of Atelier Judie and Atelier Viorate. She might have the appearance of a young girl, but her is true identity is that of the spirit of time. In order to carry out her duties as a spirit, she sometimes leaves the spirit world. If she quits working, the time of the world would start acting strangely. She loves sweets.