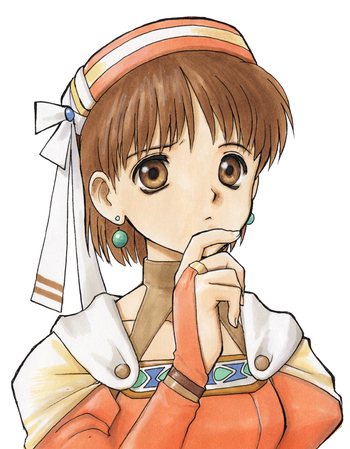 The main protagonist. Elie is a girl from a small village who enrolls in the alchemy academy of Salburg after being saved by Marie, the protagonist of the previous game. She's punctual and generally a reliable person, but she often ends up breaking things when flustered. She has a passion for sweets, especially cheesecakes, which she has a notorious pickiness for. 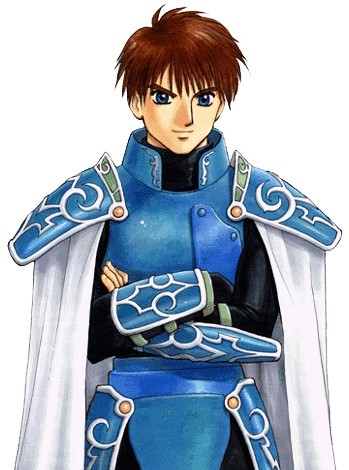 One of the royal knights of Salburg. He has a somewhat brash personality, but is serious about his duty as a knight. 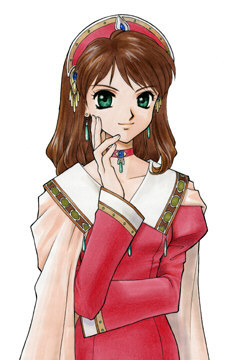 An alchemist from an aristocrat family, and Hermia's prized student. She has a competitive attitude towards Elie. She is in love with Nordis Fuba, Elie's classmate. However, in contrast to Nordis, she believes that any means of development for alchemy is good, even if the research could be used for weapons or other dangers. Her goal in alchemy is to make a lot of money. 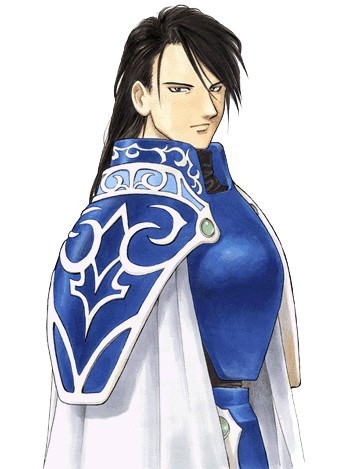 The Commanding Officer of the Royal Guard.

An adventurer available for hire. Since Atelier Marie, he has fallen in love with Flea Schenk, though her father doesn't approve of him.

The daughter of a fisherman, and lover of the sea. She is integral to Elie's quest to meet Marie, as she helps her defeat the sea serpent blocking the sea route to Kentonis.

After the events of Atelier Marie, Marie has become one of the greatest alchemists that the country has known. She has traveled far and wide to get a better understanding of alchemy, and continues to improve her abilities day by day. Prior the start of the game, she cures Atelier Elie's main protagonist Elie of a deadly illness that has been plaguing the kingdom. When Marie leaves, she travels back to Salburg, unaware that Elie is now in her pursuit.

A nun at the Frobel church, who dislikes her current life where every day is the same. She harbors jealousy for other people with more exciting lives, but is scared of going out into the outside world. Eventually, with Elie's help, she might overcome her fears and offer to accompany Elie outside town.

An exotic female adventurer who hails from lands south of Salburg.

A gifted student at the Salburg Academy. He is very kind and doesn't want to cause any harm. However, he is prone to go into depressions when others do better than him in school.

A dancer from the south. Her exotic style and dark skin resembles My Sextans, who is also from a southern country. She can be found dancing at taverns. Her dream is to live a happy family life.

A wandering adventurer for hire, still searching for his parents.
Other Characters

The owner of the Inn run in the port city of Kastagne. Originally a sailor, Bord decided to keep his Inn near the port where he could be near the ocean.

The leader of the fairies.

The owner of Salburg's tavern, the "Hasty Hideaway".

The headmaster of the Salburg Academy.

Dio's daughter, and the bar manager of the tavern.

A teacher at the Salburg Academy. She has been gone adventuring for nearly ten years, but has now returned to Salburg. She often butts heads with her co worker and childhood rival Ingrid, with whom she competes to see who can raise the best alchemy student (Elie VS Eisel). Hermina has a bit of an interest in the dark side of alchemy, which differs from most other's teaching methods.

An instructor at the Salburg Academy, now teaching Elie and Nordis. She gives Elie Marie's old workshop, with the same intentions that she had for Marie.

Also known as Kugel Richter, the former knight. He has now joined the family business, and works at the tavern with his brother and niece.

The new worker at the shop located in the academy. She may bestow Elie with various requests, and sometimes she will accidentally give a gold coin rather than a silver one as change.

The owner of the General Store in Kasutanye. He is a sailor, and a lover of the sea. Because his store is located on the port, Otto also takes part in fishing.

Marie's childhood friend. 6 years after the events of Atelier Marie, Schia's family has rose to multimillionare status. Schia found a talent for textiles and has new found success with her talents. Her family has become a topic of discussion around Salburg.

The blacksmith that lives in Kasutanye.

The owner of the Kentonisu Inn. The Inn is famous around the bustling city, and V holds a good reputation. Although her Inn is small, it attracts villagers from all over the country when they visit the city. V has lived in Kentonisu her whole life, and has seen been running the Inn for nearly as long.

The receptionist who works at the front entrance of the Kentonisu Academy. She works as a librarian and shopkeeper as well as a receptionist, and will sell books and items. Originally from El Bador, Xe moved to Kentonisu after she allegedly read every book that the Kent Academy had to offer.