This is the shared character sheet for the Astro Boy Manga and Anime.

A robot boy built to replace his creator's deceased son. He possesses the strength of 100,000 horsepower (later 1,000,000) and a heart of gold. He possesses what's referred to as the Omega Factor / Kokoro, which allows him to feel emotions and thought processes identical to that of humans (and in the 2003 anime, to modify his body as he grows mentally). His ultimate wish is to create a world where humans and robots live and work as equals — sort of like a tin-can Martin Luther King Jr. His powers include super-strength, rocket-propelled flight, universal translation, super senses, a laser finger/arm cannon, and twin machine guns in his butt.

The version of Astro as he appears in the movie. Instead of perishing in a car accident, Toby Tenma was vaporized by accident after sneaking into the testing grounds for the Peacekeeper military robot to spend time with his father. Heartbroken, the elder Tenma rebuilt Toby as a robot with all of his memories as well as his personality, powering the robotic Toby with the Blue Core, a source of endless positive energy and the opposite of the negative Red Core that powered the Peacekeeper.

Astro's "sister". Much brattier than her brother, she has fewer compunctions about using her abilities for personal gain and sometimes shows less regard for human life, or at least human values as well, which would be kind of scary if she weren't so darned cute. Though she is less interested in humans than her brother, she has a fondness for other living things, and in some versions is able to communicate with animals. In her debut story she also gained the power to split herself in two, but due to her strength being halved, it is never used again. Uran's origins are somewhat vague, as Tezuka sometimes stated she was created by Ochanomizu, and at other times by Tenma as a failed prototype.

Astro's younger brother. He is omitted from most adaptations of the series, but can be seen in the original manga and the 1960's anime. In the manga, he was originally created to replace Astro - who'd gone missing - during a crisis. When the crisis ended and both robots met each other, it was decided that they would live as brothers together. As Cobalt was not created by Tenma, he lacks the power and capabilities that Astro has. While similar in appearance, Cobalt is taller than Astro and his hair spikes are longer. 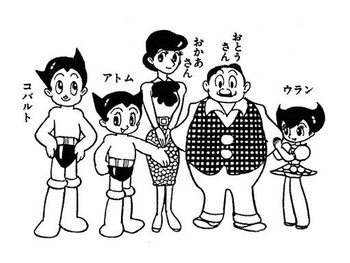 Astro Boy's robot parents created by Professor Ochanomizu. They are designed to act and look like normal humans.

A robot revolutionary who wants to create a nation where androids can live freely, no matter what the cost. Think of him as the Malcolm X to Astro's Dr. King and you're not too far off. 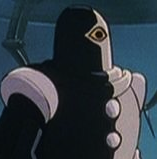 Appearing only in the 2003 series, Shadow was created by Dr. Tenma to construct powerful robots that would test Astro's power. His electronic brain contains all of Dr. Tenma's memories and an equal - if not superior - intellect.

Voiced by: Michiru Hojo, Katsuji Mori (JP, 1980), Nobuyuki Hiyama (JP, 2003), Greg Cipes (ENG series)
A robot built with similar capabilities to Astro. Often regarded as his "brother" (in the 80s series he was built from the same blueprints, in the 2000s series he was actually created by Dr. Tenma himself). While Astro chose to help humans, Atlas believes that robots must rise up and destroy them. He has an inferiority complex and anger issues both due to mistreatment from humans and constantly losing to Astro.
Zero/Elec/Denkou

A stealth robot that was stolen by Skunk and used to commit crimes. He's incredibly naive and doesn't understand the concept of theft. He's tragically destroyed in the manga and original anime but made much cuter in the 2003 series and survives.
Advertisement:

Once a kindly robotics scientist and the head of the ministry of science till his son was killed in a car accident. He went off the deep end and built Astro Boy to replace him, but his unstable mind led them to being separated. Is both a villain and a mentor to Astro, and comes to believe Astro Boy will grow up to lead all robots in the future.
Professor Ochanomizu / Dr. Packerdermus J. Elefun / Dr. O'Shay 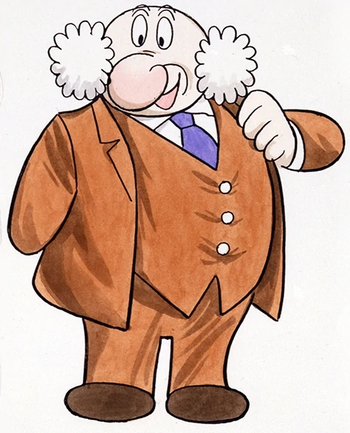 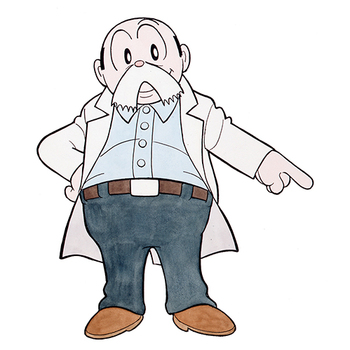 Voiced by: Masaaki Yajima, Ayao Wada (JP, 1963), Kazuo Kamakura (JP, 1980), Kousei Tomita (JP, 2003 and most of his appearances in Tezuka anime)
An eccentric old man who has an extensive occupational past, having seemingly tons of jobs at once. Chiefly seen as a teacher and private investigator. Though gruff and short-tempered, he loves mentoring children, especially Astro. He tends to brag too much about his abilities, but can back them up - to an extent.
Police Inspector Tawashi / Inspector Gumshoe

A detective who is distrustful of robots and androids. Due to his position and opinions, he frequently butts heads with Ochanomizu and Astro because his style of work when it comes to robot criminals is to shoot first and ask questions later. He eventually comes around to respect and appreciate Astro Boy. Often forms half of a Good Cop/Bad Cop act with fellow recurring policeman Inspector Nakamura.

A shady man who often tries to steal money. In most incarnations he first appears as the owner of a robot circus and obtains Astro Boy shortly after Tenma disowns him.
Skunk Kusai / Fearless Fred Fenk

A gangster who manipulates robots to do crimes. Portrayed as one of the few totally unambiguously evil characters in the Astro Boy series, but not much of a threat by himself.
Kenichi / Kennedy

One of Astro's classmates. He tends to be a bully sometimes.
Tobio / Toby

Dr. Tenma's deceased son. If it were not for Tobio's premature death in a traffic accident, Astro Boy would not have been created.
Rock Holmes

One of Osamu Tezuka's more famous recurring characters. Rock is always portrayed as a young man who starts off decent but becomes more and more dark and evil as he grows up, going from troubled child to delinquent and eventually turning into a homicidal villainous cross-dressing rapist near the end of Tezuka's career. Rock takes several roles throughout Astro Boy, nearly all of them unrelated - but still with more or less the same personality. In his most important appearance in the series, he's a corrupt young politician running for president who creates a robot duplicate of himself to help run at politics, only to be hung by his own petard when his cruel treatment of robots causes his robot duplicate to run against him and win the election.

Characters From "The Greatest Robot In The World" Arc

"The World's Strongest Robot". A giant monster of a machine with the sole purpose of hunting down and killing all the world's most powerful robots, a job which he has no particular enthusiasm for, but feels is the only thing he is capable of doing. Originally this was simply so that his selfish owner could boast that he had the greatest robot on Earth, but later versions usually assign deeper and more sinister motives for his killing spree. The title character of an Ultimate Universe remake by Naoki Urasawa, acclaimed creator of Monster and 20th Century Boys.

One of the seven strongest robots in the world, Mont Blanc is a friendly and peaceful robot who lives out his life as a mountain guide in Switzerland. He's the first robot that Pluto kills.

A robot from Scotland who is one of the seven strongest robots in the world, North #2 is a butler robot serving under his master and creator, and possesses six arms with various functions for any altercation. He's the second of the world's top robots to be eliminated.

A heavyset wrestler robot from Turkey, and one of the top seven robots in the world. He tracks down Pluto to avenge his friend Mont Blanc, but fails and ends up being the third robot Pluto scraps.

A robot inspector from Germany who is one of the world's top seven robots. His body is made of a special gold-colored alloy called Zeronium that protects him from heat and electromagnetic rays. He hunts down Pluto with a warrant for his arrest, but despite the advantage his alloyed body gives him, he's defeated and is the fourth robot that Pluto eliminates.

A prideful warrior robot from Greece, and one of the world's top seven robots. He possesses a spear that can extend to great lengths and a shield that can unleash a powerful blast of wind. He manages to give Pluto his greatest challenge yet, but still fails to defeat him and is the fifth robot destroyed by Pluto.
Epsilon/Photar

A photon-powered robot from Australia and one of the seven most powerful robots in the world that Pluto targeted. Pluto arranges for a fight with him in the rain, preventing him from using the sun's photons for power and making him an easy victory. He's the sixth robot Pluto kills.

Characters from the 2009 film adaptation 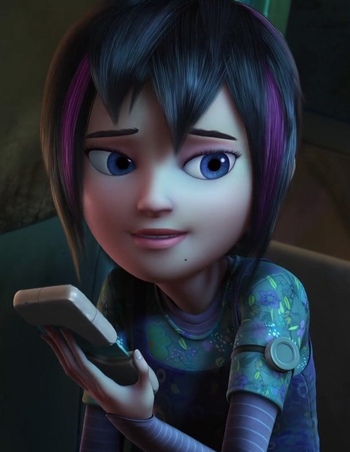 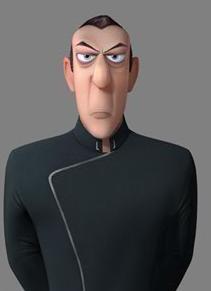