Characters / Assassin's Creed: Those Who Came Before

Main Character Index
This character page is for members of the precursor civilization known as "Those Who Came Before", also known as the "First Civilization", "Precursors" or "Isu" in the Assassin's Creed franchise. 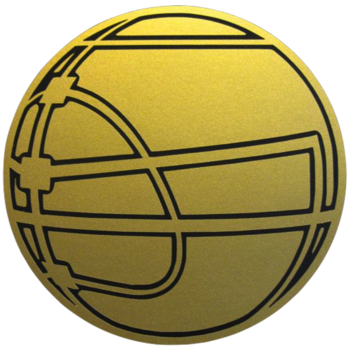 No, not gods. We simply came...before. 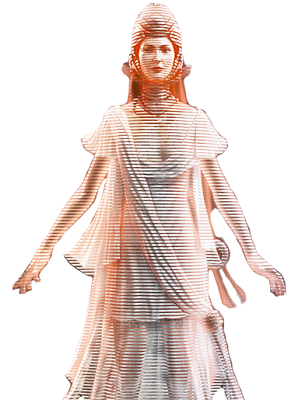 Minerva was a member of the Capitoline Triad, who worked to prevent the First Disaster. 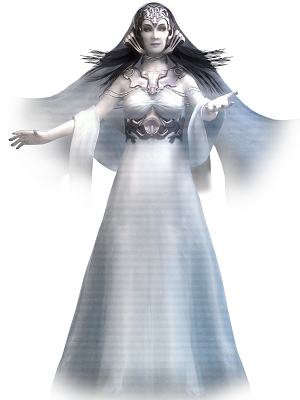 Juno was a member of the Capitoline Triad, who worked to prevent the First Disaster but failed. She was imprisoned in the Grand Temple after Minerva and Jupiter discovered she was planning to take over the world. Part of her survived in this state and could only be released if the instrument to prevent the Second Disaster was used, which Desmond Miles was forced to do in 2012. When she was alive, she was born to the Illuminat caste in the City of Feyan in 2195 of the Isu era. 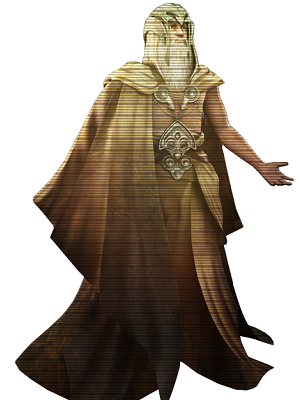 Jupiter was part of the Capitoline Triad, who worked to prevent the First Disaster and save his kind and humanity. They failed, but Jupiter was able to contact Desmond Miles through a Synch Nexus in 2012 to warn him of the approaching Second Disaster. 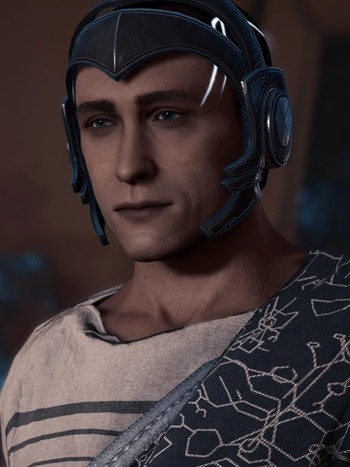 Aita was the husband of Juno. He volunteered to test the fourth solution designed to prevent the First Disaster, a device which would store an individual's mind to survive the event so they could return to their body afterwards. It failed, and Juno killed Aita to end his suffering.

A First Civilization figure that inhabits the Shroud, a Piece of Eden discovered by Mario Auditore and later entering the possession of Perotto Calderon. He uses it to heal his deformed son Giovanni Borgia who ends up being visited by visions periodically, especially from Consus. According to Juno, he was the greatest scientific mind of the First Civilization. 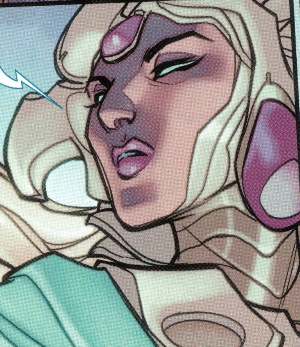 A First Civilization being that exercised powers through the fabled Syamantaka Mani of Hindu Mythology, which eventually came to be called the Koh-I-Noor diamond. 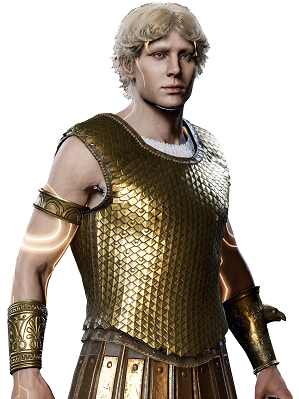 A First Civilization member known as the Egyptian and Greek god of alchemy and magic in mythology. He is the central figure of focus and worship of the Hermeticists cult, and he plays a central role in the Fields of Elysium DLC for Assassin's Creed: Odyssey.

Aphrodite, also known as Venus, a member of the First civilization later to be revered as the Greek and Roman goddess of love, beauty and femininity. 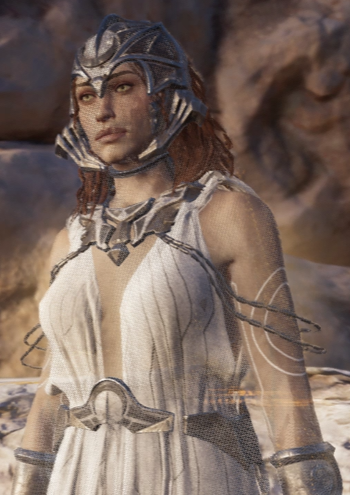 An Isu doing research into parallel universes and the manipulation of reality and the "Olympos". She worked with Juno but seems to have gone rogue when Juno was imprisoned. She speaks in a far more modern manner than most Isu, and also seems to hold a very cynical view of her people. Unlike the other Isu, Aletheia was personified by humans as the spirit of Truth, rather than a god. 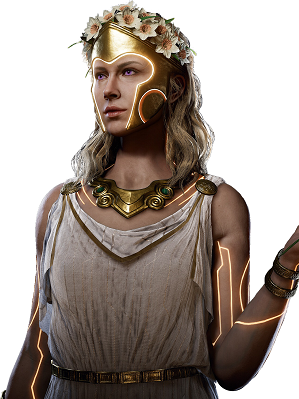 Persephone, also known as Proserpina, a member of the First Civilization later known as the Greek and Roman goddess of the dead and the underworld. 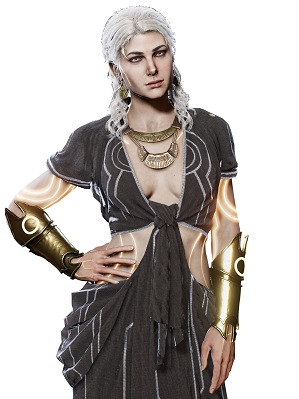 Hekate, a member of the First Civilization later known as the Greek and Roman goddess of, among other things, crossroads, entrance-ways, magic, sorcery and necromancy.

Hades, also known as Pluto, brother of Poseidon and Zeus, is a member of the First Civilization later known as the Greek and Roman god of the dead and the king of the Underworld.

Poseidon, also known as Neptune, brother of Hades and Zeus, is a member of the First Civilization later known as the Greek and Roman god of the sea and other waters.

One of the sons of Poseidon, and one of the Archon of Atlantis