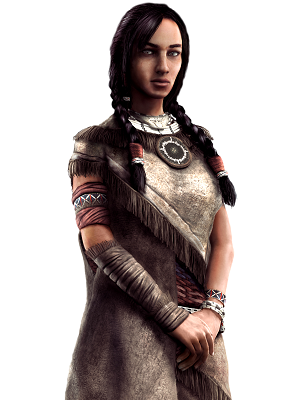 Connor's mother, she was killed when their village was burned down. Her death ultimately leads Connor on the path to become an Assassin. 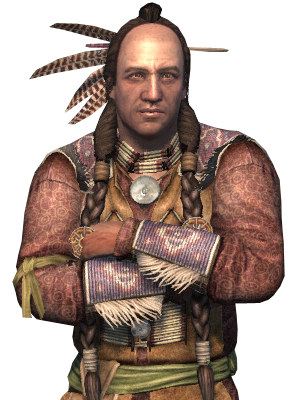 Connor's distant cousin and best friend, he eventually becomes the leader of their tribe. 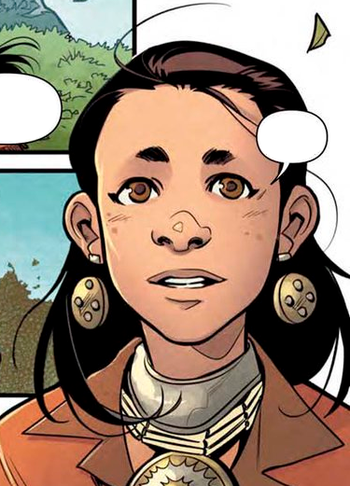 The youngest daughter of Connor, he has been training her from a young age in what is implied to be Assassin techniques.

The core Mooks and Cannon Fodder of the game, these are soldiers loyal to the British crown and those behind the scenes. 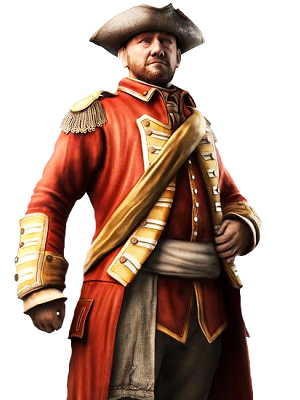 Cold-hearted and cruel, Silas is a British officer and slaver with nearly a hundred soldiers at his command, including many Redcoats.

Only appearing in PS3/PC DLC, he was the British officer working with Benedict Arnold in the effort to take West Point.

A pair of lumberjacks, plus their wives Catherine and Diane, who join the homestead after Connor saves Terry's life from a very moist logging accident. 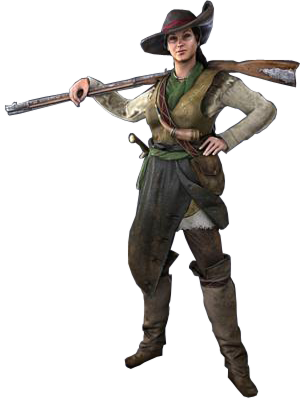 A wandering hunter, she was shot in the arm by poachers in homestead territory, joining the settlement after Connor deals with the situation.

A Boston carpenter evicted from his home by Loyalists, he joins the homestead after Connor rescues him from some nasty bandits.

A miner from Montreal, Connor saved his life from a group of drunken Redcoats and allowed him to set up shop at the homestead's local mine.

Commonly referred to as "Big Dave," he is a blacksmith who joins Connor to hide away from the British, having deserted from their army.

A seamstress from New York with an abusive husband, she joined the homestead at Connor's offer for a life away from said spouse.

An English minister who came to the colonies to "provide God to those who seek His salvation, not spoon-feed His word to those who already have their own."

An innkeeper and his wife, who lost their previous inn when the British commandeered it. With Connor's help, they build a new one in the Homestead.

A farmer couple of African descent, they join the homestead after losing everything to some cruel soldiers.

A doctor by trade, he's fallen on hard times thanks to the British labelling him as the "White Death." 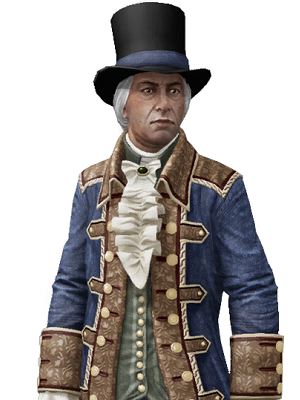 A wealthy French merchant in New Orleans and the father of Aveline. 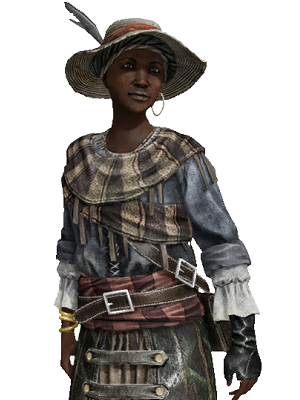 The mother of Aveline de Grandpré, who disappeared in 1757. 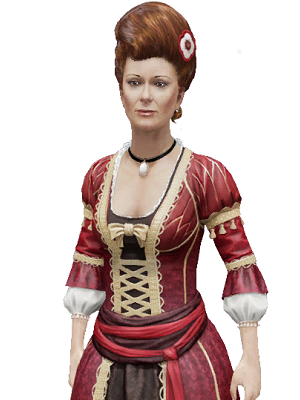 The French governor of Louisiana, he was bribed by the Templars into assisting their takeover and operations in the colony. 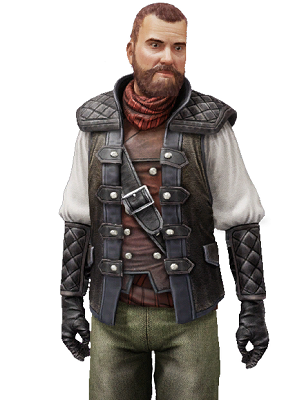 The leader of the smugglers in the Louisiana Bayou. 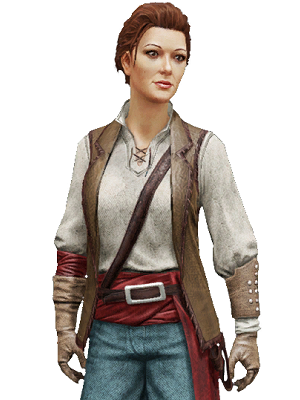 "Smugglers. Such an ugly word. Even slavers are called merchants. Why can't my title be "Queen of the Bog, Protector of Innocents, Paddling Instructor, and Champion of Trade?"

A smuggler in by Louisiana Bayou and ally of the Assassin Aveline de Grandpre. 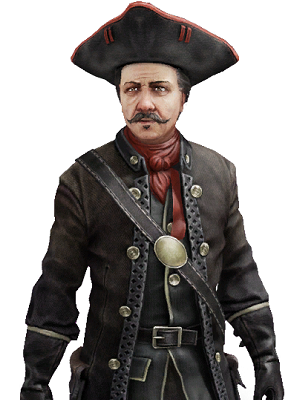 A Spanish ship captain employed by the Templars, he repeatedly encounters Aveline, to his great misfortune.