Tropes Pertaining to all the characters 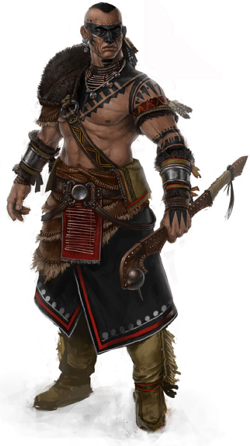 A Pawnee warrior from a faraway land, Kuruk left his homeland after his elder brother was made chieftain of the tribe. Now exiled, he creates weapons of his own that he wields with remarkable effectiveness. 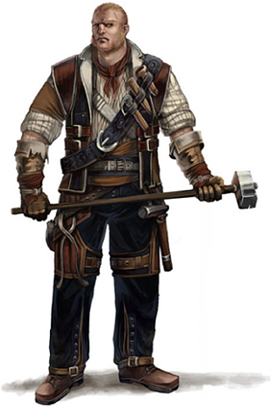 An Irishman of solitary nature, John O'Brien sought to start a new life in America, because he found his liberties to be continually challenged in his homeland. He is at heart a kind man, but years of persecution at the hands of the Templar Order have made him prone to lashing out when provoked. 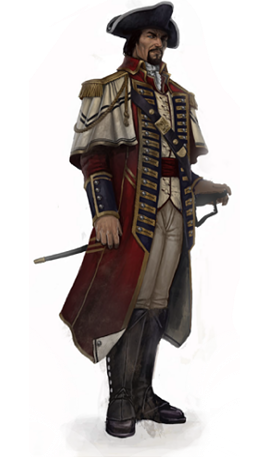 A British military officer that served during the American Revolutionary war and a member of the Templar Order. Displaying proficiency with a sword, as well as a cunning mind, Matthew Davenport swiftly rose to the ranks of commander. Amongst his troops is his daughter, Eleanor Mallow, who carried out Templar-related missions for him. 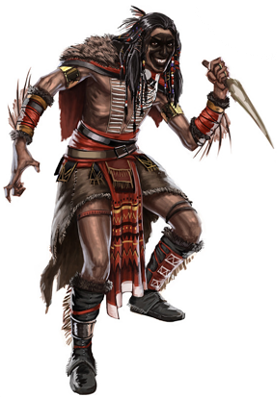 A social recluse, the Coyote Man would fight tooth and nail for Templar interests, primarily by hunting the eastern coast of America for Assassins. One of his major accomplishments was killing an Assassin Mentor with his bare hands, or so the rumors go.

One of the avatars usable in the multiplayer for Assassin's Creed III: Liberation. 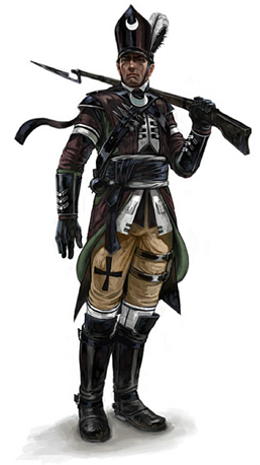 A Hessian soldier that was in the employ of the British Army and a member of the Templar Order, Gerhard Vonstatten was an individual that relished in the violent chaos of war. He would follow orders without hesitation, never considering defeat as an option.

Duncan McGill was a Scottish highlander who ended up in the colonies after being exiled from Scotland with little more than his sword and the clothes on his back. While McGill did not care much for the conflict of the American Revolutionary War, and also didn't have much of a favorable opinion of the British, he took up his weapon to scupper the Templars' ambitions in the New World, due to his great loyalty to the Assassins. As a result of this, McGill became the subject of folk tales, under the nickname of "Red Rage Duncan." 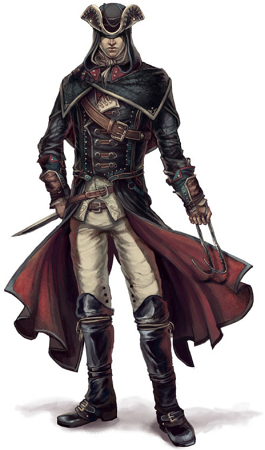 An Assassin born into a wealthy family of French descent, William de Saint-Prix was educated on the most diverse of subjects. Because of his nobility, he was rejected by revolutionaries, though he garnered the respect of his Assassin peers through his courage and intelligence. 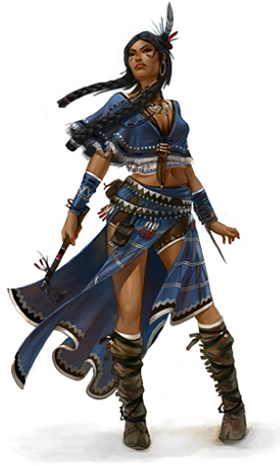 Alsoomse was a fiercely temperamental Shawnee woman that was considered more independent than her peers, due to the solitary life she had led. A champion for justice and equality, Alsoomse would fight to the death to defend her beliefs. 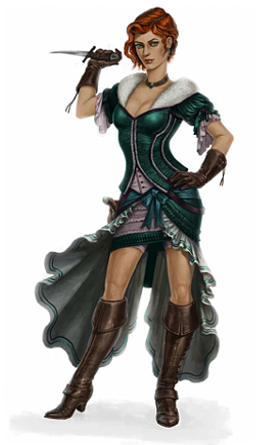 An orphan, Gillian McCarthy relied on her many talents to escape the life of the streets, seducing herself up the social ladder so that she could better protect herself and her younger brother, and became a Templar in the process. Many powerful men fell for her charms, allowing her to learn their best guarded secrets.

A British doctor shrouded in mystery and a member of the Templar Order, Victor Wolcott was well-known for his experiments, fascinated by biology as he was. He would also brew various potions and medicine, some of which were rumoured to keep the patient from the brink of death. 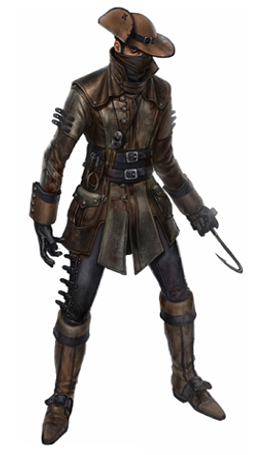 A mentally unhinged mercenary that would roam the streets of London at night, instilling fear into the populace. His true name is unknown, with "Joe" being a nickname he was given after one of his victims was heard shouting the name before they were murdered. Secretly a dedicated member of the Assassins Order.

A tomboy at heart, the Irish Emily Burke had difficulty adhering to the typical expectations of her gender at that time. When her father and brothers were lost in the war, Emily abandoned all pretense and relentlessly hunted down anyone she believed to have been involved in the loss of her family.

A preacher of Spanish descent and member of the Templar Order, Padre Federico Perez was unwavering in his faith and saw it as his duty to "cleanse the land of sinners". Which usually involved killing them. Dealing out death as often as forgiveness, he travelled the lands in search of those who needed his 'guidance'.

A devoted member of the Templar Order, Eleanor Mallow was the daughter of Commander Matthew Davenport, secretly carrying out missions against the Assassins for him. Young, strong and malleable, she was considered the fascist type that the Templars like.

As an orphan, Fillan was forced to learn the ways of the streets to survive, becoming a skilled thief while his elder sister, Gillian McCarthy, climbed the social ladder through seduction and manipulation, so that she could better protect him. Not wanting to be a burden, he broke ties with her and now lives each day as it comes. In actuality, it was because his sister joined the Templars, Fillan joining the Assassins soon after.

An individual of Mohawk descent, Atasa:ta was raised away from his tribe by his father, learning many skills necessary to survive in the wild. When his father was killed by Templars, Atasa:ta started roaming the cities as well, jumping at every opportunity to exact vengeance upon them.

Described as "a master of all things guns", Caleb Garret joined the American Revolutionary War and the Assassins after he witnessed his friends being buried alive by Templars. Thanks to his expertise with weaponry, he could protect his team with deadly efficiency.

An Inuit Chieftain, Nukilik is dedicated to the safety of his people, willing to travel countless miles to aid them. Despite his large stature, he demonstrates both strength and agility, making him an especially large threat at close range.