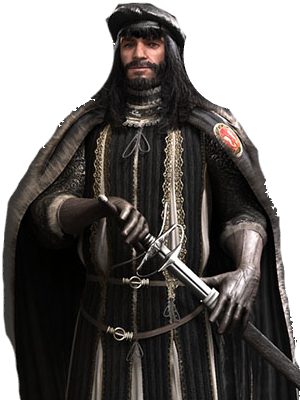 "Your day is done, Lorenzo! Your entire family dies by my sword!"

The father of Vieri and a member of the Templars, he was the head of the Pazzi Conspiracy, which aimed to remove the Medici from power in Florence and install a Templar allied regime. 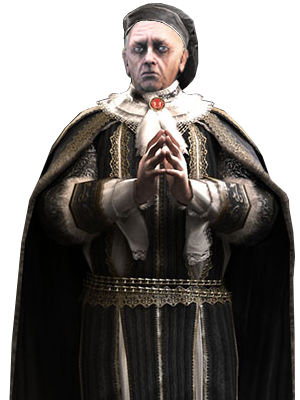 The head of the Pazzi family, Jacopo was a banker who worked with the Templars. He had nothing against Lorenzo de Medici personally, so when it came time for Francesco's coup to be executed, he hired four Templar hitmen to take him out: Maffei, da Bagnone, Baroncelli and Salviati (see above). 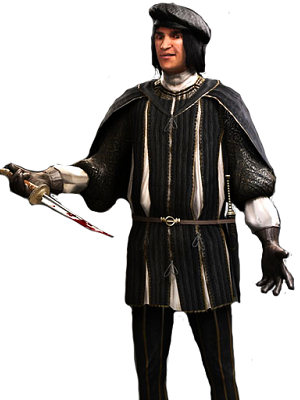 "Fool. Your father is the one who needs to be taught a lesson."

A young Florentine noble and the son of Francesco de' Pazzi. His family has always been at odds with both the Medici and the Auditore houses. Vieri is later revealed to be a member of the Knights Templar. 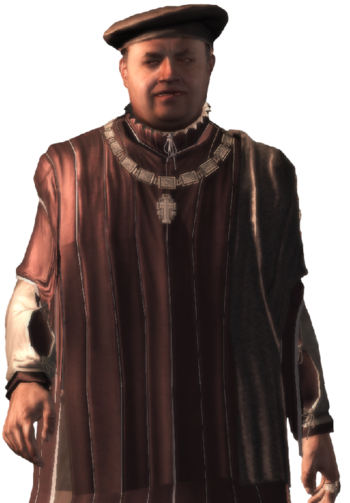 "As Gonfaloniere it is my duty to ensure that the city of Firenze remains a shining beacon of justice. Corruption and its ilk shall find no purchase here so long as I am in control."

The gonfaloniere (first magistrate) of Florence and friend of Giovanni Auditore, Uberto betrayed his friend and oversaw his execution on behalf of the Templars. He was the first victim of Ezio's campaign of revenge against the Templars. 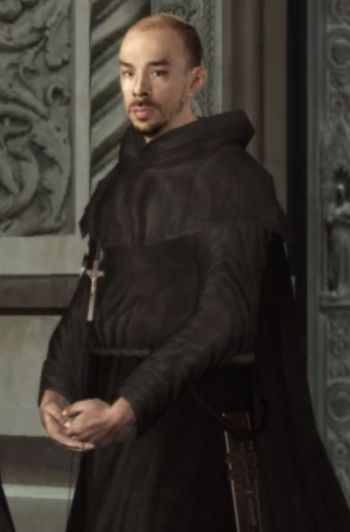 A Florentine monk who worked for the Medici, he joined the Templar Order and became a member of the Pazzi Conspiracy. 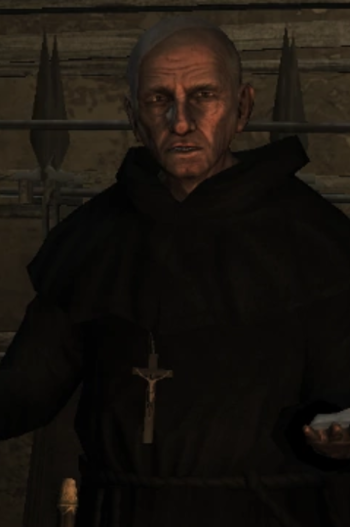 "If you think the Lord has any interest in our affairs, you've got another thing coming. But please, by all means, continue to delude yourself if it helps pass the time."

A monk who partakes in the Pazzi Conspiracy, he was trained in Rome to be a Templar "butcher". 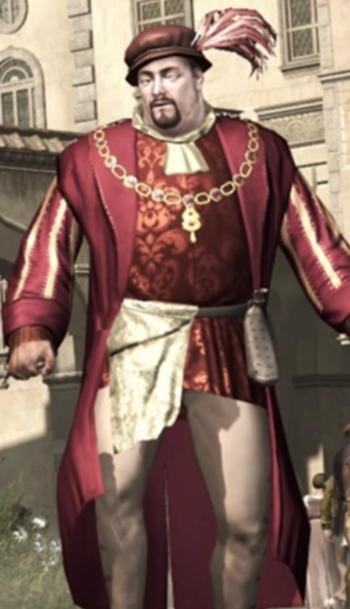 A wealthy banker who partook in the Pazzi Conspiracy.

"You think a few mercenaries will scare me? Ha!"

The Archbishop of Pisa and member of the Pazzi Conspiracy. 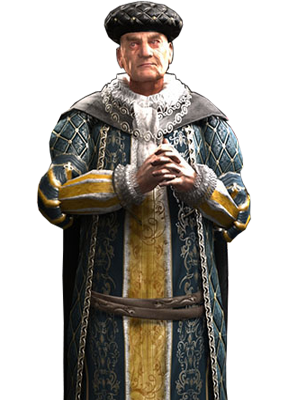 A wealthy and influential merchant of Venice. He controls San Polo, the merchant district, and resides in the Palazzo della Seta. 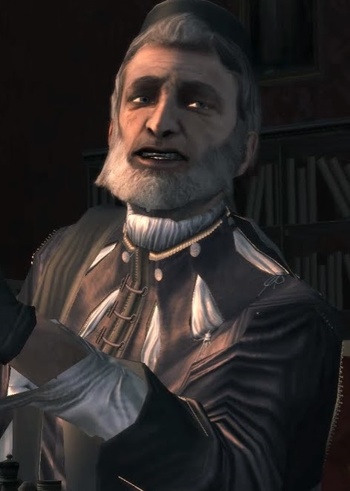 A member of the Council of Ten and close advisor to Doge Giovanni Mocenigo. 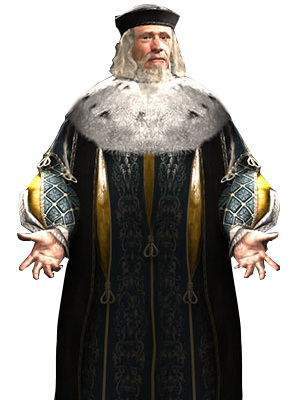 A powerful and rich noble, he schemes with his fellow Templars to become Doge of Venice to advance their agenda. 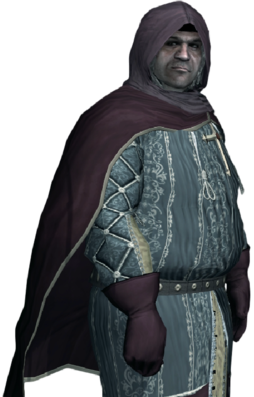 The State Inquisitor of Venice. 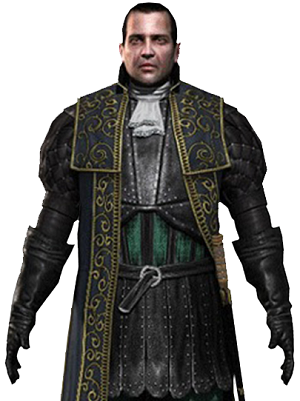 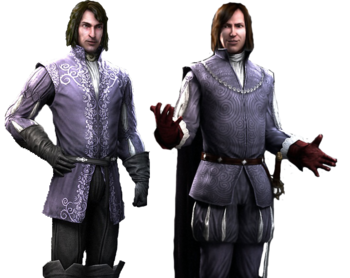 Two aristocratic brothers who are tasked by Rodrigo Borgia with retrieving the Apple of Eden in 1488. They lay siege to Forlì in an attempt to wrest the Apple away from Ezio Auditore and Caterina Sforza's hands.

The youngest sibling of Bayzeid II and a member of the Templar Order, Cemal stole the Apple of Eden his father Mehmed II had used to conquer Constantinople, but proved unable to use it, eventually storing it in the Templar Archives on Cyprus and trying to get help from Western Templars. After being placed under house arrest by his brother in Italy after he was unable to secure a position as sultan, and getting acquainted with Rodrigo Borgia, he was eventually assassinated in Capua by the Assassins in 1495 because it was believed the Borgia planned to use him to conquer Constantinople.

"The dream of our Order is universal. Ottoman, Byzantine... these are only labels. Costumes and facades. Beneath these trappings, all Templars are part of the same family."

A Templar and former heir to the Byzantine throne. He builds a Templar army and arsenal from his hidden stronghold in the underground city of Derinkuyu. 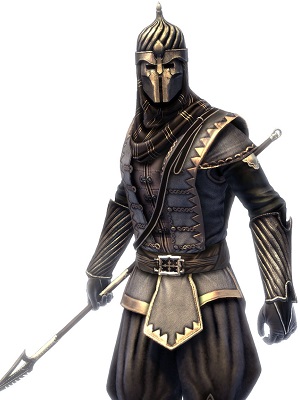 "When the Palaiologos line is restored, Manuel, do not forget who helped you bring it back."

A relentless individual, Shahkulu was left an orphan after an Ottoman ambush destroyed his tribe. As a youth, he came in contact with the Templar Order, which he quickly joined. His hatred of the Ottoman Turks was surpassed only by his fierce determination to eliminate all opposition of the Templar's ideology. 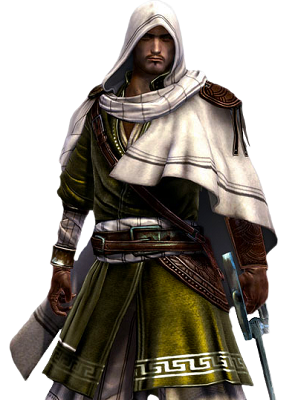 "Once your Creed was as vital to me as air and water... but when the Turks marched into Wallachia, and you Assassins did nothing to stop it, how could I continue to believe? If a man's philosophy does not let him protect his people, his home, and his family... what good can it do for the world?"

A Wallachian noble, Vali cel Tradat was a loyal Assassin for many years, until the Brotherhood made peace with the Ottomans, who had invaded his home and killed his idol, Vlad Tepes. He betrayed them and joined the Templars to seek revenge. 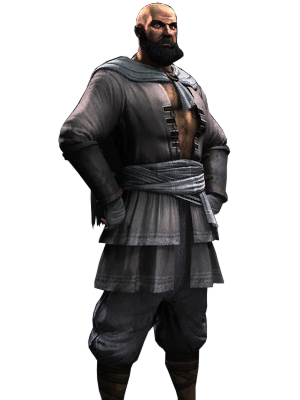 "Men feared me, even as they did my bidding... that is the mark of a true leader."

Hailing from Greece, Georgios Kostas participated in tournaments of strength in Thrace, surprising people with his desire for fame and brutality. This attracted the attention of the Templars, who subsequently hired him with promises of more money and fame. 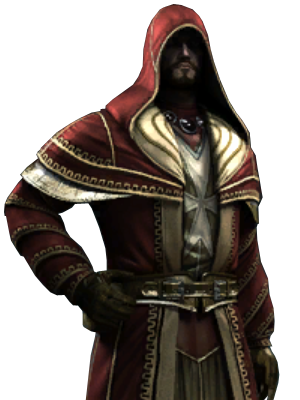 "You are meddling in affairs far outside your understanding."

A disgraced member of the Eastern Orthodox Church, Cyril plots to kill the Patriarch of Constantinople in revenge for being publicly humiliated. He uses what authority he has left in the church to advance Templar goals. 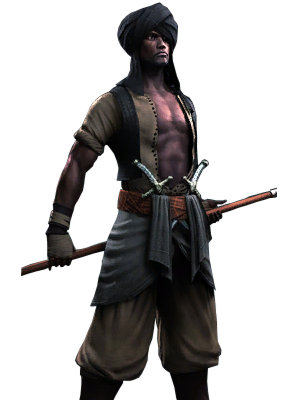 "Wealth, power, ambition… such things I have seen in my short time on earth, and reveled in them. Such things are the wonders of man."

A cousin of the Sultan of the Sennar Sultanate of Sudan, Dunqas was driven from his homeland and became estranged from his family. Upon learning of the Templar philosophy, he whole-heartedly embraced the Order, naming himself "The Guardian of the Truth". 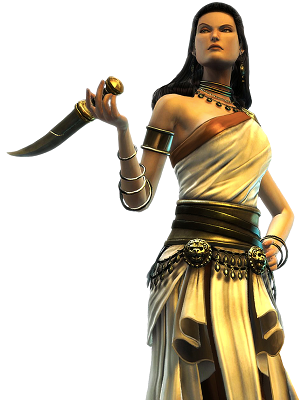 "What a bland world it will be if you Assassins get your way."

A wealthy Byzantine, Lysistrata lived a life of luxury and nonchalance. She was schooled in the arts by the Templars, and in exchange she would use her "seductive charisma" on Ottoman officials and visiting monarchs. 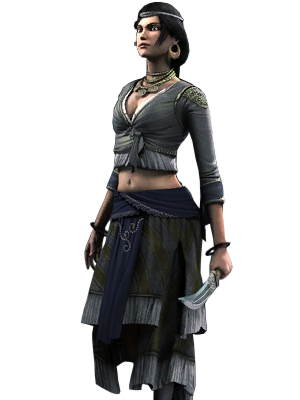 "I took what was owed me, in spite of oppression, of hatred, of ignorance. I lived my own way, for myself!"

A Romani who was an expert thief and fortune teller, she provided the Templars with a vital link to the underworld of Constantinople and was consequently shunned by her own people. 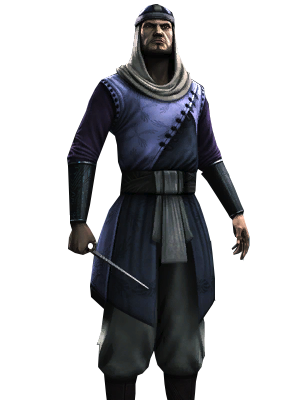 "You Assassins are a plague on the hope of humanity, putting down every edifice of progress we manage to build up."

Initially a loyal servant of Sultan Bayezid II, Damat Ali Pasha turned to the Templar Order after the Sultan's ambition to conquer the world subsided. He sought to deliver the people into the arms of his order, so that order and glory could be brought to a world of chaos. 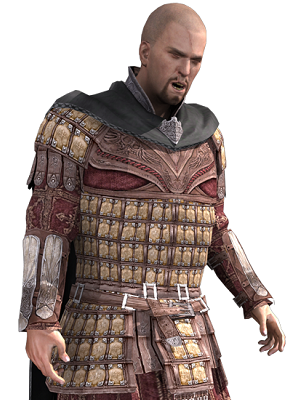 "Could it be that you are every bit as deadly as the legends say? Or am I in charge of an army of drunks swinging sticks?!"

A Byzantine captain and Templar in charge of excavating Mysaf, he is killed by Ezio in 1511.