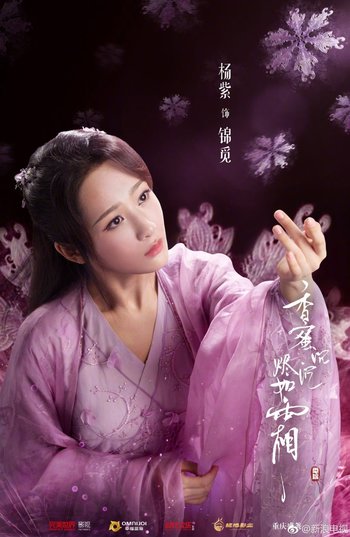 At the start of the series she believes she's just an ordinary grape spirit. She's actually a flower fairy and the daughter of the late Flower Immortal. Her mother gave her a magical pill to prevent her feeling romantic love, something that causes everyone a lot of trouble later.
Advertisement:
Xu Feng (旭凤) 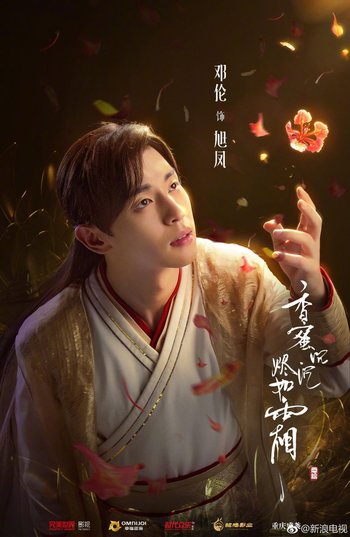 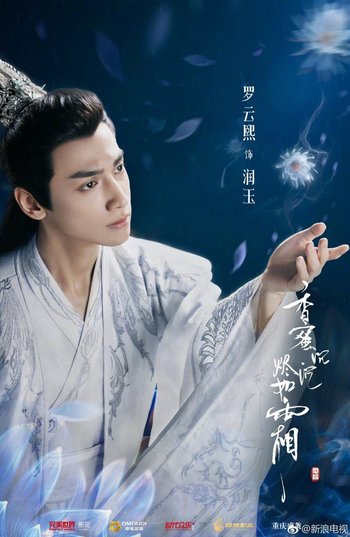 Tai Wei's illegitimate son and Xu Feng's half-brother. Falls in love with Jin Mi. Tu Yao constantly suspects him of treachery, and drives him to rebel against Tai Wei.
Sui He (穗禾) 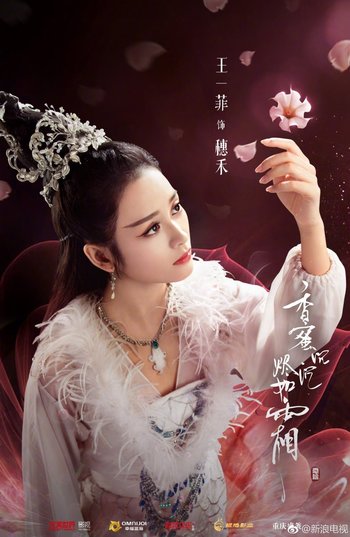 Princess of the Bird Tribe and Tu Yao's niece. Obsessed with Xu Feng and determined to marry him.
Liu Ying (鎏英) 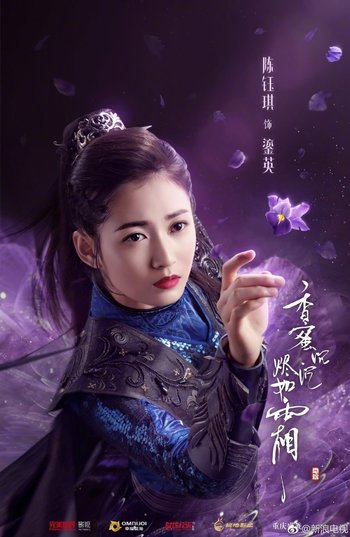 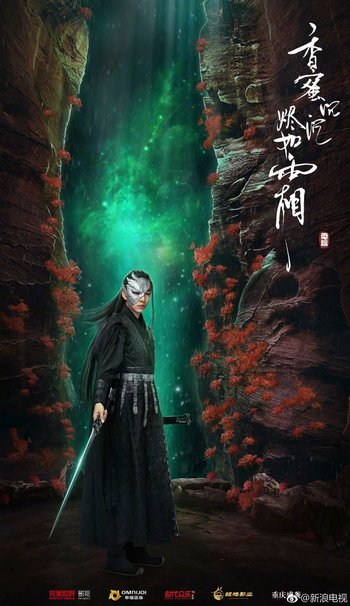 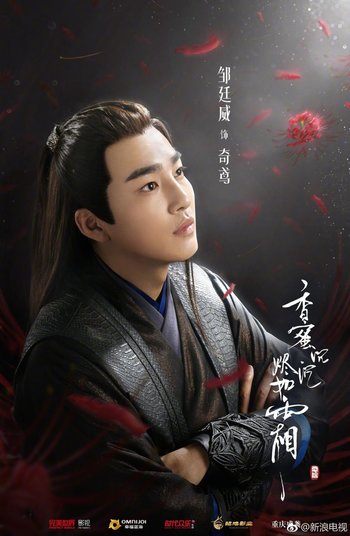 to see him without his mask
Liu Ying's former bodyguard. Reluctantly working for Tu Yao.
Advertisement:

Played by: He Zhong Hua

The Heavenly Empress. Tai Wei's wife and Xu Feng's mother. She'll do anything to make sure her son gets the throne.
Kuang Lu (邝露)

One of the few people in the Heaven Realm who's loyal to Run Yu.
Advertisement: