Characters / As Told by Ginger 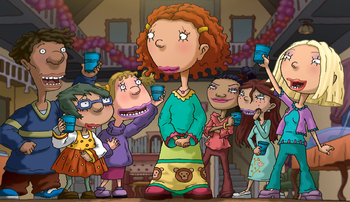 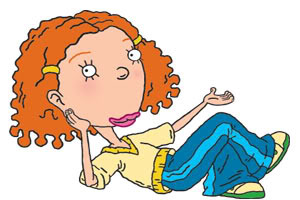 Ginger Foutley wants desperately to be noticed, but doesn't like being looked at. She is both repulsed and obsessed with the social structure that dictates her life at Lucky Junior High. Ginger has always secretly wished for a shot at total and extreme popularity, but when her prayers are answered, she finds herself paralyzed with uncertainty. Still, her excellent writing skills and willingness to fight for what she believes to be right has made Ginger stand out from the crowd, as she successfully tries to balance her schoolwork and loyalty to her friends and family with her growing rise in the ranks of the Lucky Junior High social scene.

Carl Foutley is Ginger's younger brother. He is in the fourth grade in the first season. He and his sidekick, Hoodsey, come up with their schemes and perform their experiments in an abandoned doghouse in the Foutleys' backyard. The doghouse once belonged to the Foutleys' dog Monster, who ran away many years prior to the beginning of the series. In the series finale, Monster returns to the Foutleys. Because of his unique, yet disturbing personality, his family sometimes act like they don't like him, and often criticize him. His mother often claim's that she is also afraid of what he is planning. However, both his mother and sister love him very much, and he loves them too and can pull through for them. 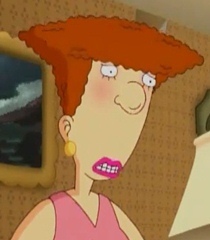 Lois Foutley, a nurse, is the mother of Ginger and Carl. 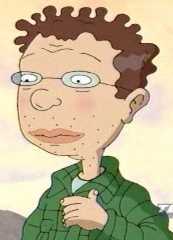 Jonas Foutley abandoned Lois and their children shortly after the birth of Carl. Ginger never had any fond or, for that matter, clear memories of her father, and all the photographs of him that are in her possession are of his feet. 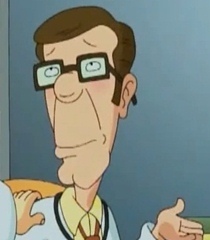 Dr. "David" Dave is the second husband of Lois Foutley, and is the step-father of Ginger and Carl. Dr. Dave works at the same hosptial as Lois. 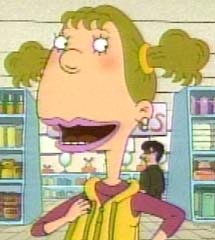 Deirdre Hortense "Dodie" Bishop is an ultimate chatterbox and recycled gossip authority, and has been Ginger's best friend since the day they met. 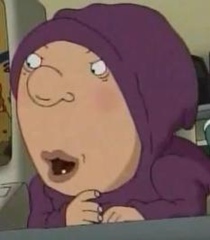 Robert Joseph "Hoodsey" Bishop is Dodie's younger brother, and Carl Foutley's best friend and sidekick. He is extremely gullible and believes anything someone tells him. He usually never has supplementary ideas for Carl's plots, but is typically more than happy to help. He is called "Hoodsey" due to the fact that he never wears anything but a purple hooded sweatshirt, and his closet is full of them. 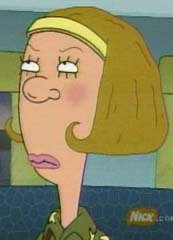 Joann Bishop is the mother of Dodie and Hoodsey Bishop and a minor character in the series. She is known for being intense. She has a love hate relationship with the Foutley family, particularly with Carl and Lois, she often gets into arguments with them often involving Carl. She believes that Carl is a bad influence on her son Robert -Joseph (Hoodsey). 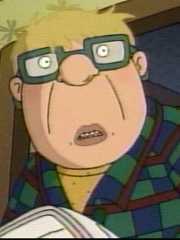 The father of Dodie and Hoodsey. 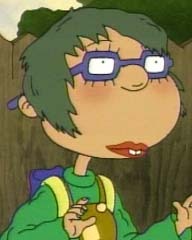 Macie Lightfoot is one of Ginger's best friends. Though highly intelligent, the lack of parental guidance (which borders on neglect) causes Macie to be shy and awkward in public.

Macie's father is Bobby Lightfoot, Ph.D, and her mother is Bobbie Lightfoot, Ph.D. They are both psychologists and portray the stereotypical new age parents. However, they are also both incredibly absent-minded, forgetting Macie's thirteenth birthday and making up for it by treating her ten years younger than she actually was. 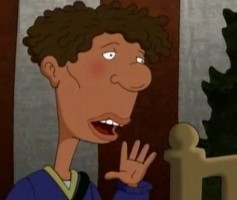 Darren Patterson is one of Ginger's best friends. Darren lives next door to Ginger and has done since the two were small children. As such, Ginger trusts him just as much as she does Dodie and Macie. Darren is calm, reliable and down to earth though his popularity suffers because of the embarrassing and unwieldy orthodontia. 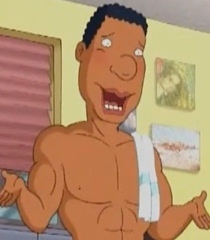 Darren's older brother, 16 years old, Junior in High School, Licensed Driver, and main tormentor Will Patterson has the opposite school status as his brother does. He is one of the most popular kids at the high school.

The parents of Darren and Will. 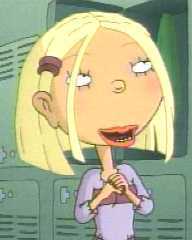 Courtney Gripling takes her role as "The Most Popular Girl at Lucky Junior High" very seriously. Her fascination with Ginger Foutley began as an experiment to see how the other half lives and eventually blossomed into a real friendship. Courtney looks to Ginger as someone she can turn to when she needs help or advice from someone other than her mindless followers. While her other friends Mipsy and Miranda virtually worship the ground that Courtney walks on, Ginger seems to do just fine living independently from Courtney's shadow. In fact, Courtney is secretly envious of Ginger's tight bond she shares with her best friends Macie and Dodie, since Courtney is aware that they would stick by her no matter what, while Miranda and company would only be there as long as Courtney's reign of popularity endures.

Blake Sophia Gripling is a boy of about seven years old, Courtney's younger brother, and Carl Foutley and Hoodsey's classmate. Blake may be the youngest but he is spoiled, devious, but a gentleman. He and Carl are enemies, but Blake often seems to wish they were friends, though he does not feel the same way about Carl's friend Hoodsey.

Claire Gripling is Courtney and Blake's mother. She is married to Prescott Gripling. She believes in spoiling her children. 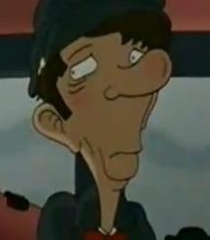 Faithful butler to the Griplings and sidekick to Blake.

Miranda Killgallen is Courtney Gripling's best friend, and her sheer meanness will make sure that no one else takes that position.

Melissa Mipson (better known as "Mipsy") is the "third most popular girl" at school, after Courtney Gripling (the most popular) and Miranda Killgallen (the second most popular).

The star of the school soccer team and the object of Ginger's (and Miranda's) affections in the early episodes.

Always a member of Carl's class, Noelle Sussman has telekinetic powers (she can move things with her mind). In And She Was Gone, Carl thought that no one would miss her if he used her to test his disappearing powder on. It turns out he missed her. Luckily, she only transferred to an elementary school across town. In Wicked Game she lost Carl in a bet to Polly Shuster, a girl who is obsessed with birds. For an entire weekend, Carl would have to dress up like a bird and play Parrot World with her. Blake took pictures of Carl actually enjoying this game with Polly and showed them to Noelle in About Face. The two don't speak until "The Wedding Frame". 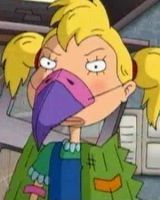 Polly Shuster is Carl's classmate and was nicknamed "The Crazy Bird Girl" by many people.

Brandon Higsby is an annoying classmate of Carl. 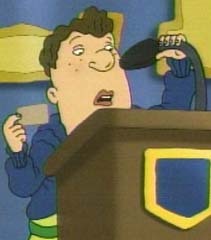 Chet Zipper, 14 years old is a commoner among the students at Lucky Jr. High.

Ms. Zorski is Ginger's English teacher. She is a constant inspiration and supporter of Ginger's natural writing talent. In And She Was Gone, Ms. Zorski let Ginger know that she loved the poem she had written before she added that it concerned her. She has a cousin, also named Ms. Zorski (voiced by Shawana Kemp), who teaches at the high school. Ginger learns that the two have completely different teaching styles. Even after Ginger graduated Jr. High she stays in touch with Ms. Zorski. 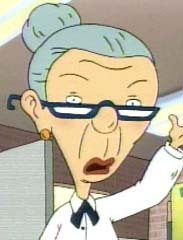 Carl's teacher, Elaine Gordon (voiced by Kathleen Freeman) was not the most patient woman. She never had any tolerance for Carl's behavior and often found herself sending him out into the hall. She was also the victim of some of Carl's pranks. 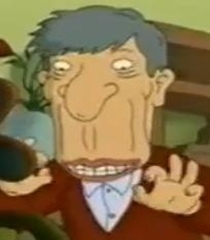 Headmaster Milty has swung back and forth from being principal of Lucky Elementary to being headmaster of Lucky Jr. High. 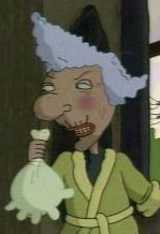 An elderly prankster Carl falls in love with. 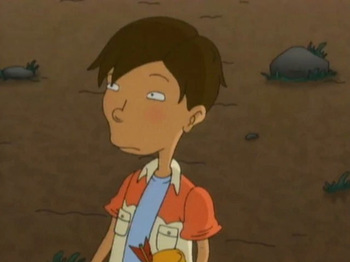 Clover
Voiced by: Tress MacNeille
Sasha's ex-girlfriend. They get back together by the time Ginger reunites with him in "Ginger's Solo"
Mrs. Dave