This is part of the character sheet for Dota 2. This page contains the heroes exclusive to Artifact. 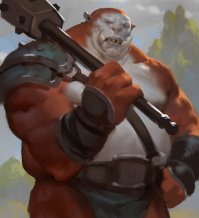 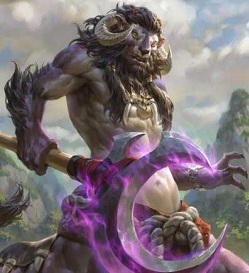 Farvhan is a green hero who has the Continuous Effect Pack Leadership, which grants neighboring allies +1 armor. His signature card is the Prowler Vanguard, a creep who also grants +1 armor to nearby allies.
Rix
Rix is a green hero whose Relentless Rebel Continuous Effect grants him permanent rapid deployment, reducing the time he needs to respawn to one turn instead of two. His signature card, Truth to Power, is a spell which silences a unit for one round.

J'Muy the Wise
J'Muy the Wise is a blue hero with the Wisdom of the Elders Active Ability, which draws one card from the deck. His signature card, Battlefield Control, is a spell which forces one unit to attack another, both of the user's choosing.
Kanna, Priestess of the Dire 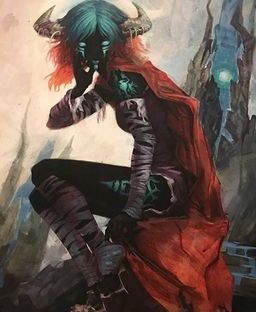 Kanna is a Blue hero. Her Bringer of Conquest Continuous Effect causes random melee creeps to spawn in her lane. Her signature card is Prey on the Weak, a spell which summons a Hound of War for every damaged unit on the battlefield.
Prellex, Priestess of the Radiant
Prellex is a blue hero. Her Bringer of the Faithful Continuous Effect spawns a Melee Creep in her lane during each deployment phase. Her signature card, Barracks, is an improvement which also summons a Melee Creep during the deployment phase.

Debbi the Cunning
Debbi the Cunning is a black hero. Her Continuous Effect, Meticulous Planner, deals 2 damage to heroes or towers attacked by her. Her signature card is a spell, No Accident, which deals 3 damage to any unit.
Sorla Khan 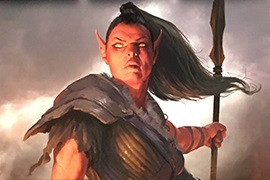 Sorla Khan is a black hero whose Warmonger Continuous Effect allows her to deal 4 extra damage when attacking towers. Her signature card, Assault Ladders, is an Improvement which causes allies in a lane to deal 2 extra damage to the enemy tower.