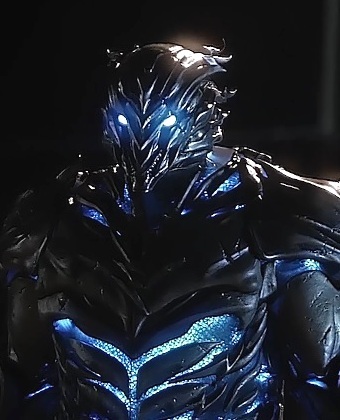 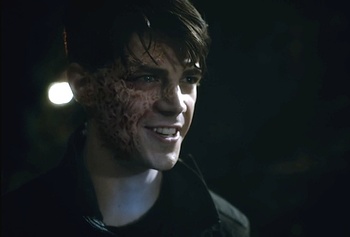 "Like I told you from the beginning... I am the future Flash!"

"You may serve the Speed Force, Flash, but I rule it. You are only a man, but I am a god, your god. I am Savitar!"

The Season Three Big Bad, who makes his debut after the undoing of "Flashpoint". A time remnant of Barry Allen created as a byproduct of a future battle with another version of himself, this Barry was the sole surviving remnant of the battle, who became bitter over supposedly being dismissed by the prime Barry and the rest of Team Flash as a "disposable hero". Eventually going insane over the dismissal, he decided that "god feels no pain", and set out to be one, casting himself as God of Speed and lord of the Speed Force itself, even garnering a cult led by his personal emissary, an unknowingly brainwashed Julian Albert, who was deemed Dr. Alchemy, as well as crafting a personal suit of armor giving him the appearance of a monstrous metallic humanoid. According to supposed legend, he was the first human to become a speedster; while his claims of being a god were naturally debunked, the claim that he was the first human to become a speedster was indeed true. In order to secure his existence, he must make prime Barry as broken as he is, and what better way to break him than to murder the woman he loves...

Eobard Thawne / Reverse-Flash
A time travelling speedster from the 22nd century and the Arch-Enemy of The Flash. He has meddled with history and reset the timeline on numerous occasions, making him one of the most notorious time criminals to ever exist.

Jay Garrick / The Flash
A speedster from Earth-3 responsible for changing the timeline in an unknown situation and learnt the hard way that things cannot be restored back to normal.
see the Arrowverse: Other Earths page
Nora West-Allen / XS
Barry and Iris' daughter from the future. While she has no malicious intentions, she irresponsibly time travelled and changed the timeline, much like her father did. 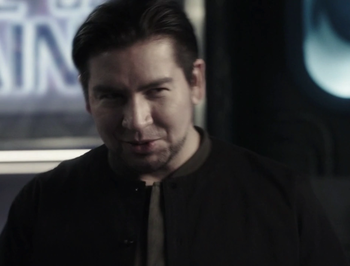 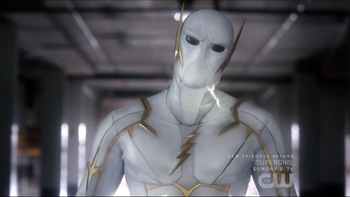 A mysterious speedster after a time in which speedsters were not seen since a devastating crisis.

Vandal Savage
An immortal tyrant who Rip Hunter and The Legends sought to stop. He was aided by the Time Masters and eventually acquired time travel technology himself, using it to create a centuries-spanning empire. 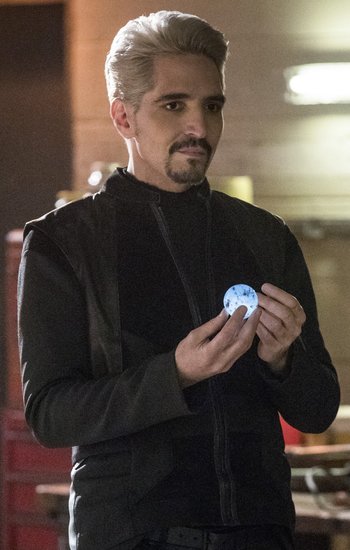 "Maybe you can figure out how I did it, but I doubt you'll have time."

see the DCEU: Task Force X - New Team page for Abner Krill, the character in an undesignated Earth who bears his physical likeness 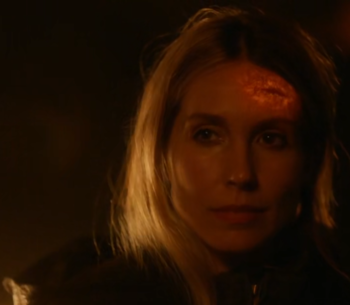 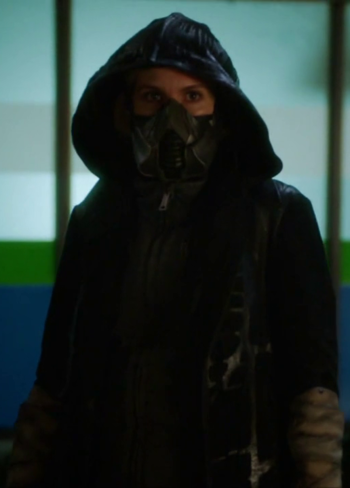 see the Arrowverse: Metahumans page to see her present self
see the Smallville: Meteor Freaks page to see Alicia Baker, the Earth-167 character who bears her physical likeness 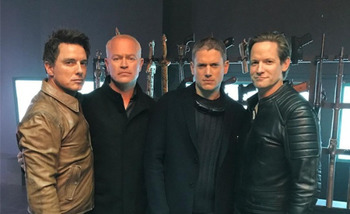 In General
A cult of evil magic users (and one gorilla) all throughout time dedicated to serving an Ancient Evil, Mallus. 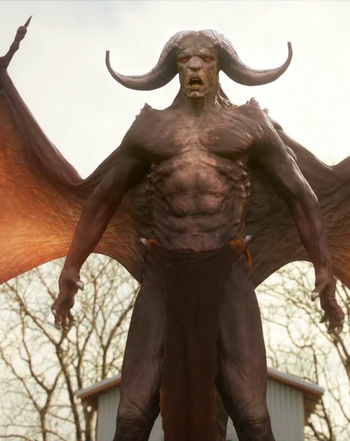 Rip Hunter: Oh, I'm not here to speak to your puppet. I think it's about time you and I met face-to-face.
Mallus: (through Nora Darhk) You cannot look upon my true form and live! While you are hopelessly mortal, I am a god!

An ancient evil so feared that even the Time Masters were afraid of him. He begins to draw allies throughout all of time to himself in Season Three of Legends, forcing Rip to abandon his Time Bureau and hook up with the Legends once more. Ultimately the Legends are forced to break him out of his prison to destroy him for good using the Six Totems of Zambezi. note FYI: his name is meant to be pronounced as "malice", not "mahl-us"