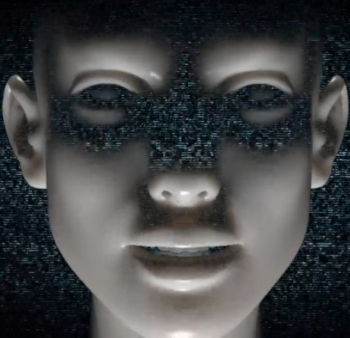 "We are Cadmus."
A secret paramilitary organization with advanced technology and genetics work.
Lillian Luthor 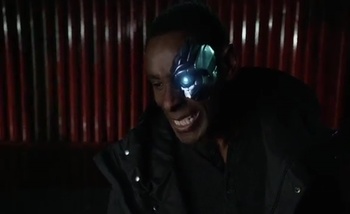 The original director of the DEO who recruited Jeremiah Danvers to work under him. He died trying to kill J'onn J'onzz, who decided to impersonate him. 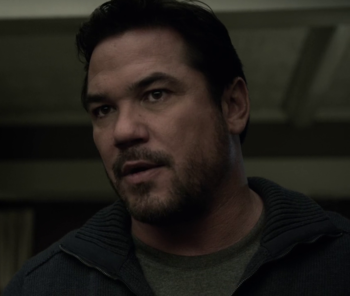 see the Smallville: Other Major Villains page for Curtis Knox, the Earth-167 character who bears his physical likeness
Metallo 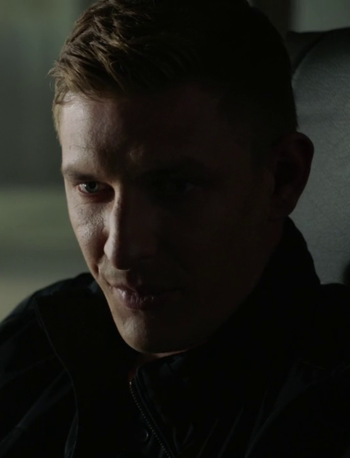 An assassin hired to kill Lena Luthor, and is kidnapped by Cadmus after he fails to eliminate his target.

see the Smallville: Other Major Villains page for the Earth-167 character who bears his name and background
see Arrowverse: Earth-X page to see his Earth-X counterpart
Metallo II

A member of Cadmus who serves under the Lead Scientist as her assistant before being turned into a second Metallo. 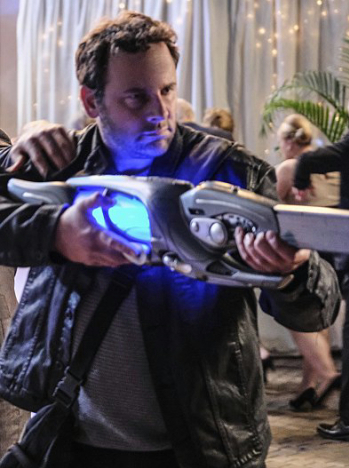 A crook hired by Cadmus to sow non-human anti-sentiments in National City by using weapons powered by alien technology.

The Children of Liberty 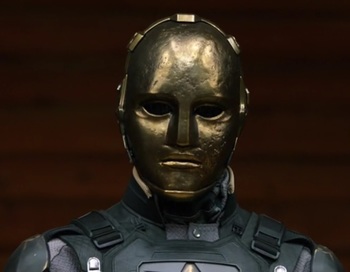 Species: Human note Enhanced via Harun-El during May 2019

The head of the Children of Liberty. He is a former history professor who became a terrorist after a series of familial and personal tragedies which he blamed on aliens' presence on Earth. Originally just a charming demagogue, he is eventually appointed Director of Alien Affairs by an increasingly unhinged and corrupt President Baker, allowing him to take his beliefs in a direction he never dreamed of.

Eventually, all of his efforts are rendered moot by the revelation that he has been nothing but Lex Luthor's pawn all along. 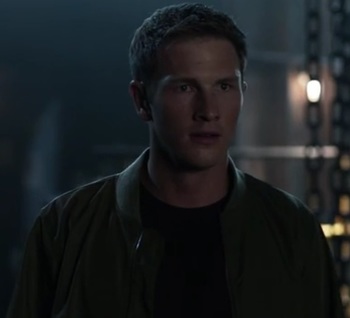 A former D.E.O. agent whose anti-alien bigotry lead him to join the Children of Liberty.

A police officer secretly helping the Children of Liberty. 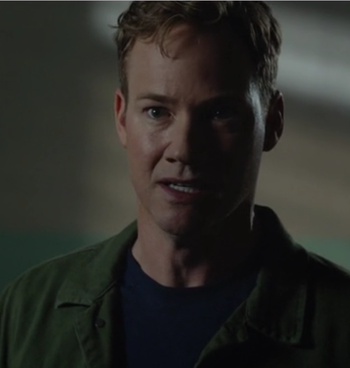 A member of the Children of Liberty contaced by James to come into dialogue with the group. 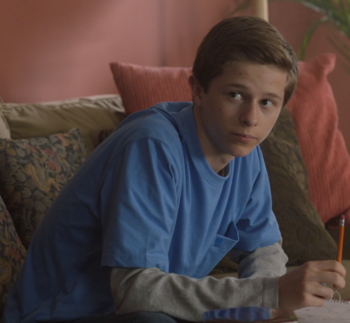 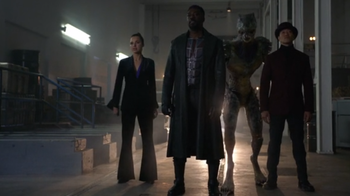 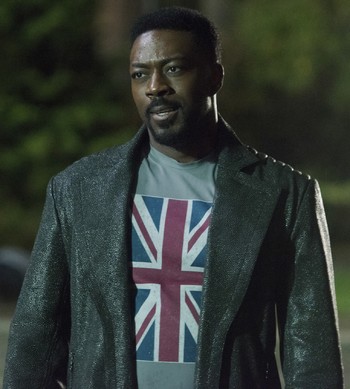 The fiancée of the late Fiona Byrne, a former street criminal, now on the path of vengeance, who has no use for heroic morality. 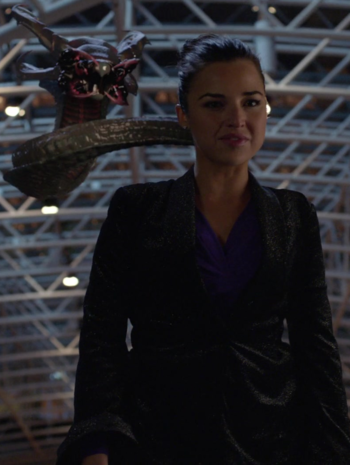 A jewel thief who became bonded to a heart-eating alien symbiote, which she puts to great use. 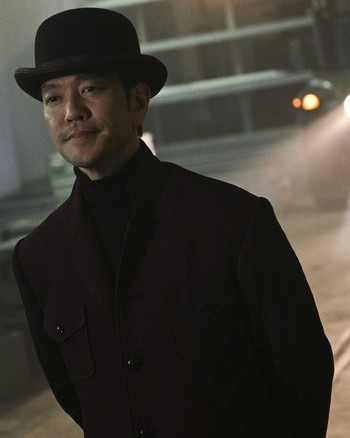 The last member of the Elite, a British-Asian magician with a magical hat, who's an old friend of Manchester.

A rogue Morae who signs up with Manchester Black.

One of the leaders of Leviathan.

Another leader of Leviathan.

An agent of Leviathan, who acts as their representative to other agents.

Another frequently seen agent of Leviathan.

Species: Human (inhabited by an Aurafacian)

A former special-ops commando turned assassin, empowered by an Aurafacian.

A meta-human assassin working for Leviathan.

William Dey's best friend, who became romantically involved with Andrea Rojas before supposedly being murdered. In fact, Leviathan, for undetermined reasons, transformed him into a dangerous cyborg under their command.