Attention: As VOTOMS relies heavily on plot twists and the Chirico saga is composed of 52 TV episodes, 4 Short Films, a 12-episode OVA, and two 6-episode OVAs released over a nearly 30-year period, it's not advisable to read the spoiler text as it can totally ruin your experience of a particular work. You have been warned. 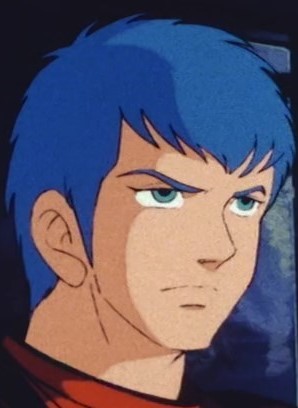 "What was it that lay hidden in my past? I'd fought Ypsilon and won. But I couldn't believe it. There was no way I could be a PS. The planet Quent... What awaited me there?"

A Gilgamesh Federation pilot "raised" in a research facility on Sunsa by Yoran Pailsen from the planet Melkia, and the hero of the series. Groomed from birth to succeed Wiseman as God of the Astragius Galaxy.

A salvager and arms dealer who Chirico first meets during his time on Melkia in Woodo.

A Quentian mercenary and a squadmate of Chirico's while he's fighting in Kunmen on Melkia. Plays a bigger role in the story during the Quent arc and Phantom Arc OVA.

A Gilgamesh intelligence officer, who brutally interrogates Chirico at the beginning of the series. His main objective for the first half is recapturing an AWOL Super Soldier, but his ultimate goal is to watch over Chirico for Wiseman and make sure that he succeeds in becoming God.

A Gilgamesh general, and leader of the Secret Society.

A Perfect Soldier (PS for short) created by the society, who is the objective of the mission against the Gilgamesh forces that Chirico is on, who later becomes Chirico's love interest.

God of the Astragius Galaxy and subject of the Secret Society's worship who manipulated the Balarant and the Gilgamesh into starting the war. 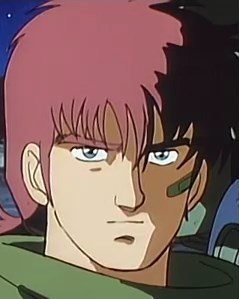 The protagonist of Armor Hunter Mellowlink one of the few OVA's that doesn't directly focus on Chirico himself. Mellowlink was a humble private in the Melkian Armed Forces who's entire unit was betrayed by his unscrupulous commanders, who are working for Chirico's mortal enemy, the Secret Society. As the sole survivor of the Schwepps Unit, Mellowlink hunts down the conspirators with nothing more then determination and an old anti-AT rifle.

Founder and commander of the infamous Unit X-1 of the 24th Melkian Strategic AT Special Operations Corps (the Red Shoulders). His goal is locating and creating a unit of "unique survivalists" akin to the Perfect Soldiers. After the war, he assists the Secret Society with their PS research. Appears in The Last Red Shoulder, Roots of Treachery/Ambition, and Pailsen Files.

Former members of the Red Shoulders. At first they tried to kill Chirico to prove his mortality but soon end up befriending him in way. After the war, they are all targeted in some form by Pailsen, supposedly for leaving the Red Shoulders, so they decide to kill him and their former corps, and invite Chirico to join in. Appear in The Last Red Shoulder and Roots of Treachery/Ambition.

A soldier for the Balarant Union, he was defeated during the war by a Red Shoulder. Upon identifying Chirico as having been in said group, he becomes determined to kill him. Appears in Big Battle. 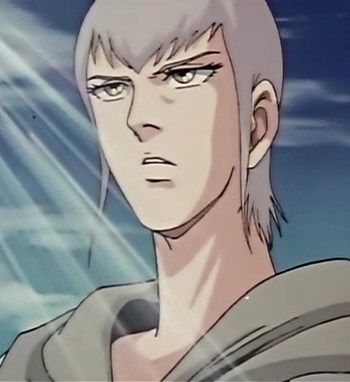 A cardinal in the Church of Marteal and former Gilgamesh officer, who's making a bid to become pope. Makes appearances in Shining Heresy and Phantom Arc

After Roots of Treachery, Chirico is transferred to a new unit of people who have a high survivability. Little do they know that it's Wockam's experiment to test the validity of Pailsen's unique survivalist research.

A Gilgamesh war hero and an important person in the Ministry of Intelligence who commands the forces of the ISS. He's the one who sets out all the tests that the Barcoff Squad has to pass; he wants to prove that they're unique survivalists in order to build his own power as well as humiliate Pailsen.