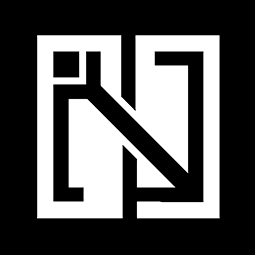 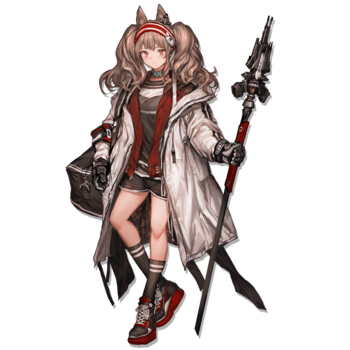 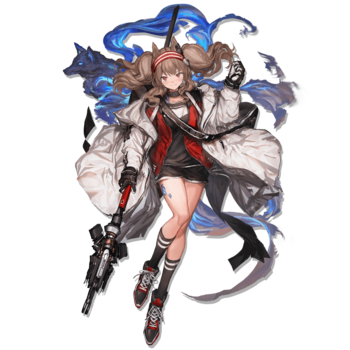 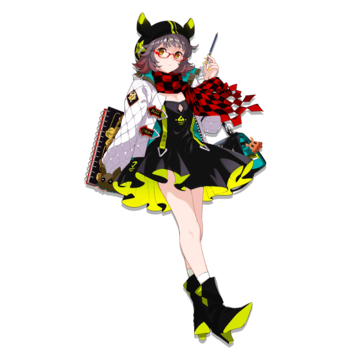 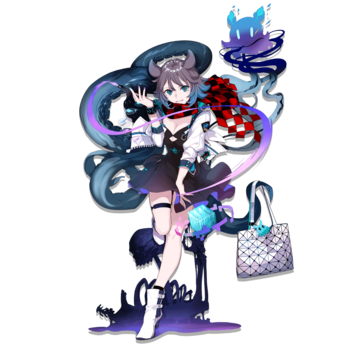 You don't want to know how she draws.
Deepcolor, Supporter Operator of Rhodes Island, is ready for combat with her "assistants".
Rarity: ★★★★
ID: No. 110
Affiliation: Rhodes Island
Race: Unknown
Birthday: Jun 12
Height: 163cm
Artist: REALMBW
Voiced by: Yo Taichi
Earthspirit 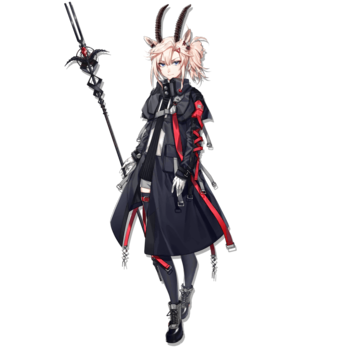 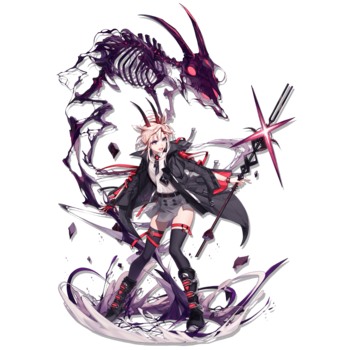 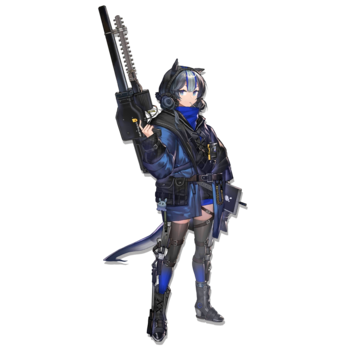 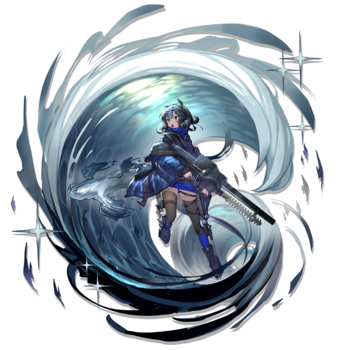 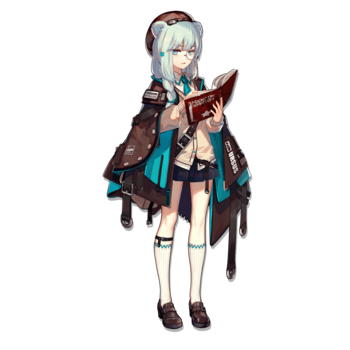 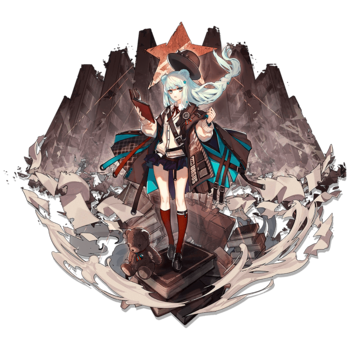 Education is the key to life's riches.
Istina, member of Ursus Student Self-government Group, will beat the enemy with Originium Arts chosen from one of her books.
Rarity: ★★★★★
ID: No. 195
Affiliation: Empire of Ursus
Race: Ursus
Birthday: September 22
Height: 156cm
Artist: Skade
Voiced by: Aoi Yuuki

A well-read Ursin student caught up in the fall of Chernobog and helped the subsequent formation of the Ursus Student Self-Governing Group. 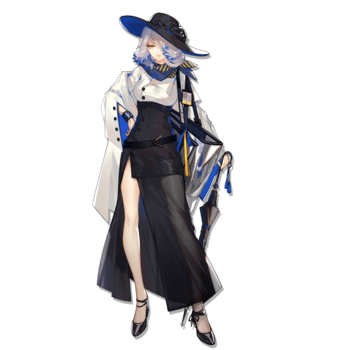 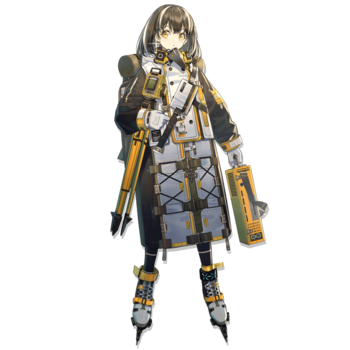 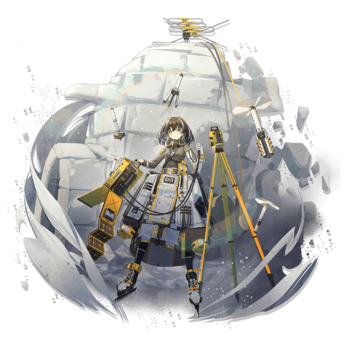 Many things can happen when she presses that button, but she swears that explosions aren't one of them.
Magallan, the Commissioner of Rhine Labs, is glad to welcome new adventures.
Rarity: ★★★★★★
ID: No. 248
Affiliation: Rhine Labs
Race: Liberi
Birthday: October 17
Height: 160cm
Artist: NoriZC
Voiced by: Mariya Ise
Mayer 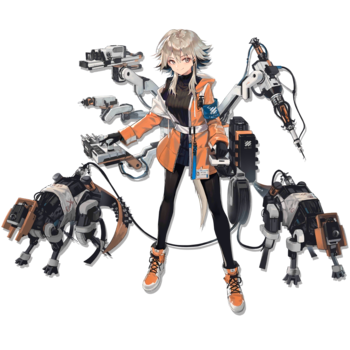 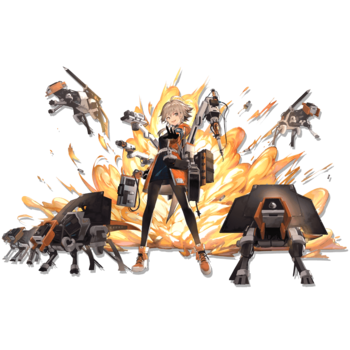 An employee and one-woman workshop of Rhine Lab, Mayer is blissfully unaware of the gritty details of what precisely happened during the Flame Demon Incident involving Olivia Silence, Ifrit and Saria. She is, however, a longtime friend and admirer of Silence, and made her way to Rhodes Island when she heard Silence had taken up residence there. She currently works with Rhodes as part of its engineering department, a whole workshop unto herself... for better, worse, and Meeboo. 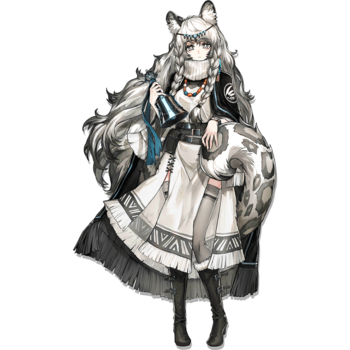 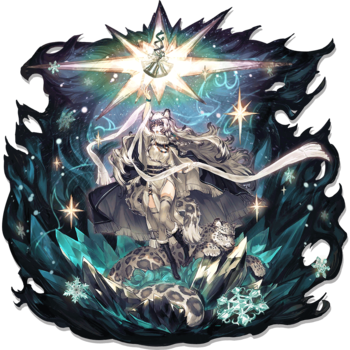 She doesn't actually feel like working that much.
Pramanix, Karlan Saintess, is willing to send holy blessings to you as a Supporter Operator.
Rarity: ★★★★★
ID: No. 174
Affiliation: Karlan Trade Co., Ltd - Kjerag
Real name: Anya SilverAsh
Race: Feline
Birthday: February 13
Height: 161cm
Artist: Ryuzakiichi
Voiced by: Saori Hayami
The Karlan Saintess and supreme leader of the entire religion of Kjerag. How she came to Rhodes Island and be employed by them is confidential.
Sora 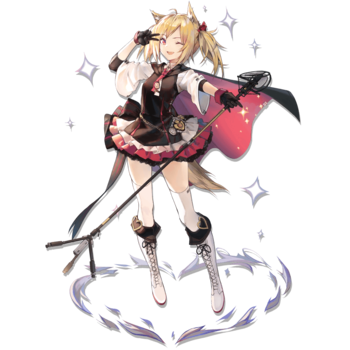 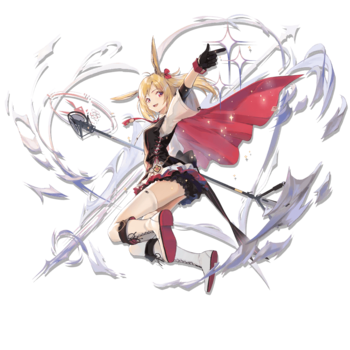