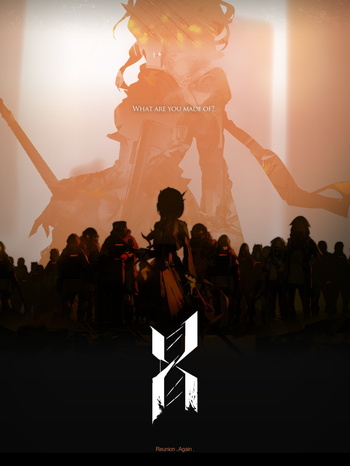 What are you made of?
Advertisement:

The primary antagonist faction of Arknights, Reunion is a movement and organization dedicated to the liberation and fair treatment of individuals with Oripathy infection. Oripathy infectees have, since the beginning of the Catastrophies and the advent of the era of Originium, been shunned and ostracized (particularly once symptoms can no longer be concealed) for fear of being contagious and due to longstanding lack of knowledge about Oripathy.

Reunion is dedicated to ending this cycle of oppression... but the movement's new leadership seemingly has very little interest in peaceful protest or reconciliation (or even activism, as the game opens), and have increasingly taken to brazen terrorism and assault to further their goals. As the game opens, Reunion is engaged in the destruction of the nomadic city of Chernobog and becomes embroiled in a conflict with Rhodes Island... the conflict that you, Doctor, must help steer Rhodes through. 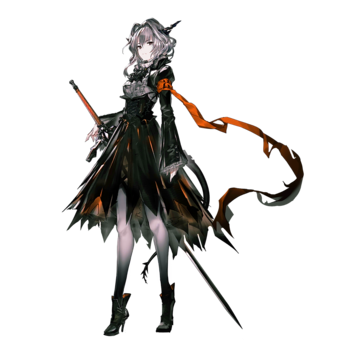 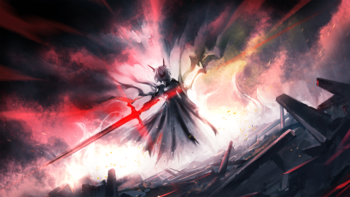 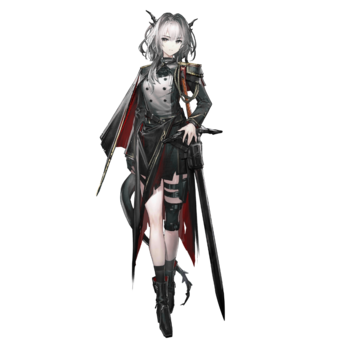 Real name: Talulah Artorius
Other Variations: Talulah the Fighter, The Deathless Black Snake
Artists: Liduke (Talulah the Fighter)
The mysterious new leader of the Reunion Movement, "Talulah" is the one responsible for beginning Reunion's transformation from a disorganized protest group into a genuine paramilitary force. She also seems to possess terrifying Arts powers unmatched by any other Infected...
Crownslayer 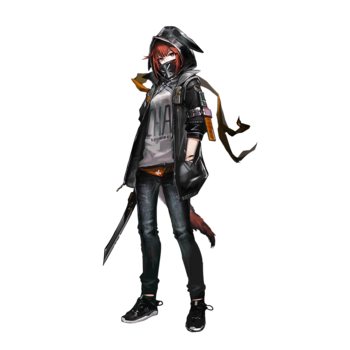 Real name: Lyudmila
A Reunion squad leader and one of Talulah's trusted lieutenants. A specialist in infiltration and assassination, her extraordinary stealthiness and agility have made her an expert at her job and extremely hard to capture.
W 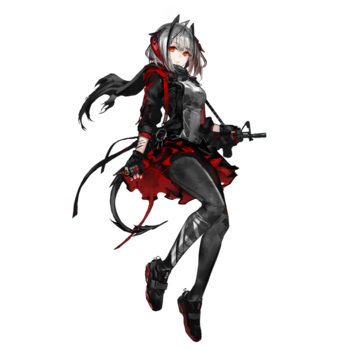 Artist: Lowlight Kirilenko
A Sarkaz mercenary serving as a Reunion squad leader. Wild and unpredictable, she specializes in using explosives to inflict massive damage to her targets.

For tropes related to her playable version, see Arknights Snipers 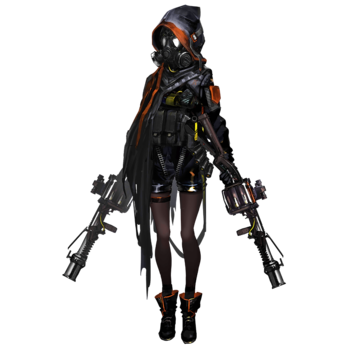 Real name: Alex
Other Variations: Gravestone
A Reunion leader who possesses both significant combat ability and a borderline fanatical dedication to his cause. In Chapter 2, he leads an operation in Lungmen, where he seeks to retrieve the girl named Misha for some unknown reason...
Mephisto 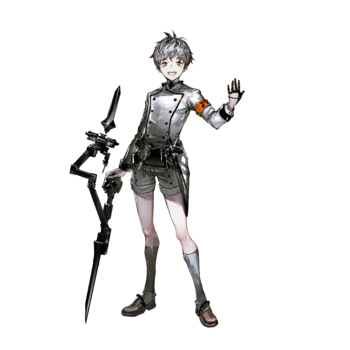 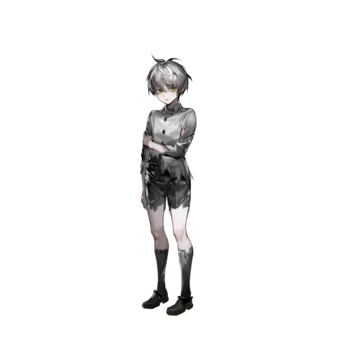 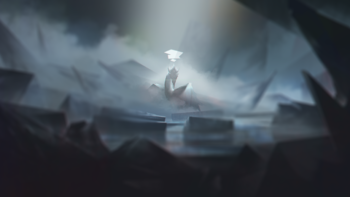 Real name: Eno
Other Variations: Mephisto "The Singer"
A sadistic Reunion commander who revels in the death and destruction caused by the organization. While most of the organization dislikes him out of his sadism and callous attitude towards his men, he is unusually close to Faust. He is also a Medic whose Arts abilities allow him to catalyze Originium infection, letting him transform both dead and living Infected into nigh-invincible zombies that follow his orders.
Faust 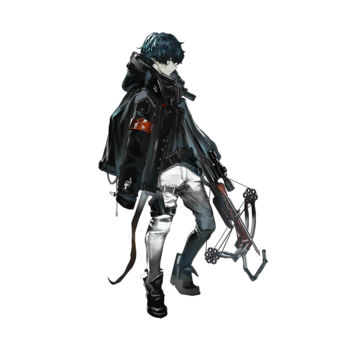 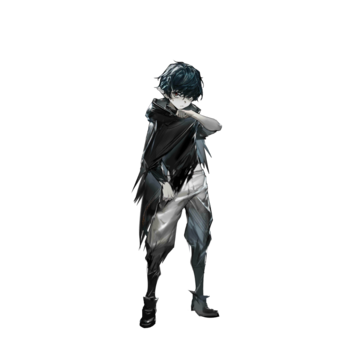 Real name: Sasha
Other Variations: Rusthammer Warrior
A quiet Reunion commander who leads the Phantom Crossbowmen, an elite team of snipers. He's an extremely proficient Sniper who often works with Mephisto, using his crossbow to launch devastating long-ranged attacks while his Arts give him unprecedented stealthiness.
FrostNova 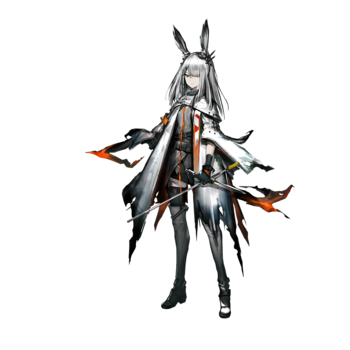 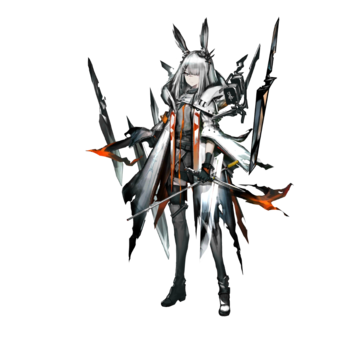 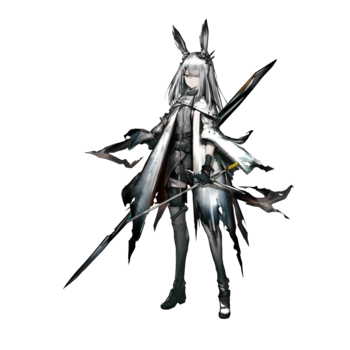 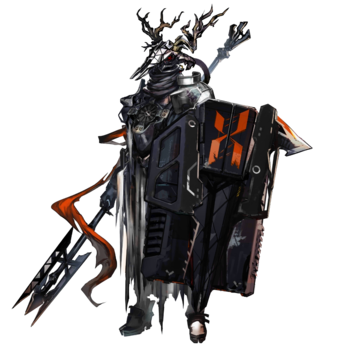 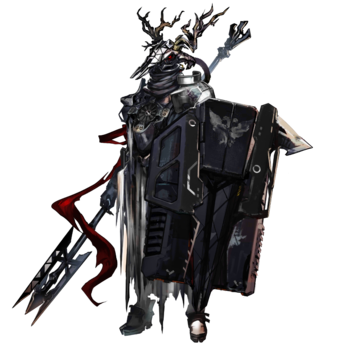 Real name: Buldrokkas'tee
A former general of Ursus who defected to Reunion once he grew dissatisfied with Ursus' treatment of the infected. He commands his troops with honor and dignity, while personally leading a specialized squad of guerrilla soldiers. 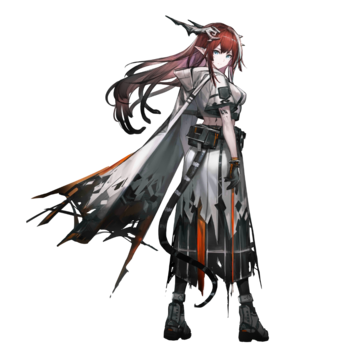 Ch'en's former boss and Infected informant in Reunion, she leaves LGD and Lungmen after the slums purge. 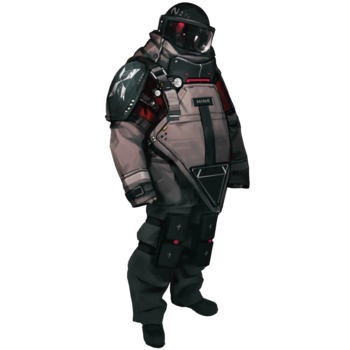 Other Variations: Big Adam
A Reunion squad leader who is found searching for the titular treasure in "Grani and the Knight's Treasure". Despite being a member of Reunion, he's surprisingly laid-back, and seeks to find the treasure to ensure that he and his men can live comfortable, safe lives.
Mudrock 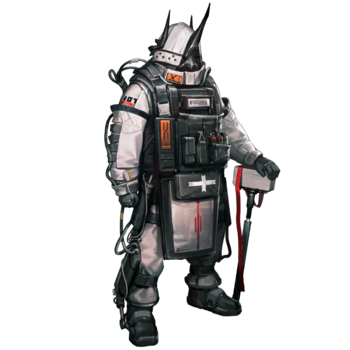 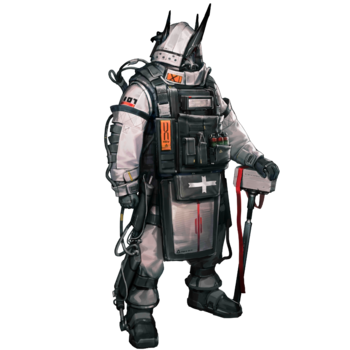 Artist: m9nokuro
A Sarkaz warrior and one of Big Bob's close comrades, who also defected from Reunion to lead his own regiment of Sarkaz troops. While they appear briefly in "Grani and the Knight's Treasure", they serve a more major role as the final boss of the Twilight of Wolumonde event.

For tropes related to her playable version, see Arknights Defenders. 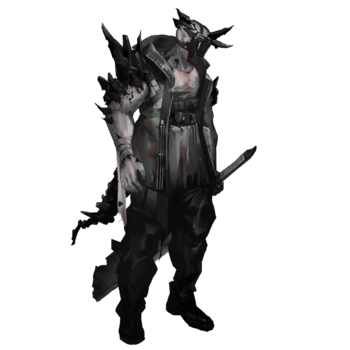 For a list of non-boss Reunion units, check under the Enemy Index.