This is the character page for the cast of ARIA.

Warning! There are light spoilers for The Natural onward!

The main character. An immigrant from Japan, Manhome who comes to Aqua to become an Undine. Normally shown as a very cheerful person. Has a strange tendency to draw supernatural phenomena to her. 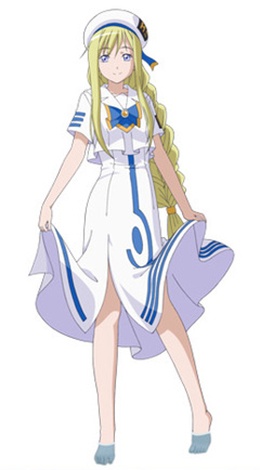 One of the three Water Fairies, Akari's tutor. Current manager of ARIA Company. She's known by the title "Snow White", and is currently the most popular Undine in the city. 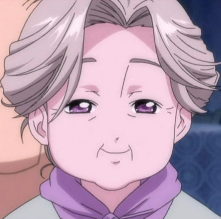 Better known as Grandma. Legendary Undine and the founder of ARIA Company. Originally she's from Himeya Company, but break off after meeting with President Aria. Currently lives in countryside.

Originally an anime-only character, Ai is Akari's customer in the first episode of the anime (in place of an old man in the equivalent manga story), and serves as the character that Akari corresponds with in place of her unknown readers in the manga. Gets Canon Immigrant treatment in the last chapter of the manga.

Grandma's apprentice before Alicia. Left the company after Alicia became Prima. Currently has a family. 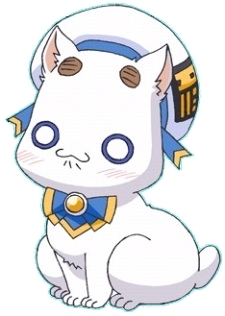 ARIA Company's president. A Martian cat that Akino met, and with whom she founded ARIA Company.

Daughter of the owner of Himeya and its heir, and Akari's first friend on Aqua. Has a crush on Alicia and later Al.

One of the three Water Fairies, Aika's tutor. She's known by the title of "Crimson Rose" for her conversation skill with customers. Tomboyish enough that she can be considered as The Lad-ette.

One of the trainees that Akari met when she works at Traghetto. Quite a cheerful person.

Himeya's president. A cat from Manhome. Quite aloof. President Aria has a crush on her.

Aika's apprentice in The Avvenire.

A trainee for Orange Planet. Is considered to be a prodigy because of her gondola skills despite the fact she is still in middle school when she is recruited. A real Deadpan Snarker. 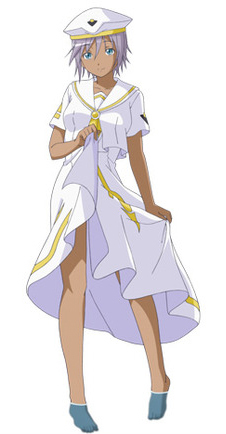 One of the three Water Fairies, Alice's tutor. She's known by the title of "Siren" for her beautiful singing voice. Very clumsy, but rather insightful when the chips are down.

One of the trainees that Akari met when she works at Traghetto.

One of the trainees that Akari met when she works at Traghetto. Very shy.

Orange Planet's president. Originally found as a stray by Alice, who picks her up to take care of. Has a habit of biting President Aria's belly.

Alice's apprentice in The Avvenire. 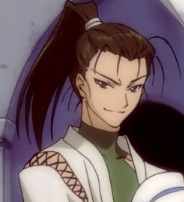 He works in one of the floating islands as a Salamander, controlling weather on the planet. Has a crush on Alicia. Akari's first customer.

Better known as Woody, he works as Sylph, an airbike courier delivering goods in a city without streets. Has quite a bad sense of direction.

A young man working as a Gnome, people who works in gravity control system underground. Aika has a crush on him.

Better known as Mr. Postman, as Akari calls him. Works for the Neo-Venezia post office and becomes Akari's first customer. His name is not revealed until near the end of the series.

A mysterious Aquan cat that appears throughout the work, especially when the supernatural is involved, to Akari especially. Is the King of the Cats of Neo-Venezia, named after the king of the cats of Scottish folklore, and it is strongly suggested he is a guardian spirit of Aqua.