Characters of the Archie Sonic the Hedgehog comic series that are from the far off future, a neighboring plane, the Sol Dimension, or other dimension in general. 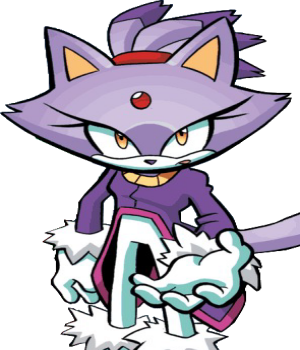 Princess from the Sol Dimension and guardian of the Sol Emeralds. She juggles battling scurvy pirates and keeping the emeralds safe, even if that means tracking her targets down through various dimensions. Usually cold and distant, Blaze has a much softer side that she shields from others. Has a habit of taking on burdens by herself when she doesn't need to. 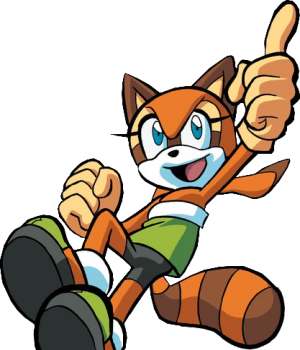 Friend of Blaze, prospective sea captain, aspiring mechanic, and petulant brat. Marine is a little girl with a big mouth and a boistrous attitude. She shares a similar role to Tails with Sonic or Cream with Amy. Despite being impulsive, single-minded, and constantly landing in trouble, she's actually a very smart kid and can actually come up with rather clever solutions for the situations she inevitably ends up in. 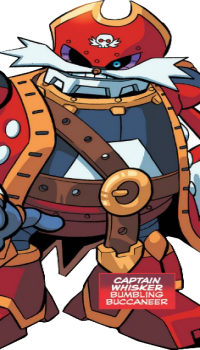 A robot pirate and one of Blaze the Cat's sworn enemies. He was ordered to find the Sol Emeralds by his master, Eggman Nega, and to rule the seas and cause mayhem in his name. 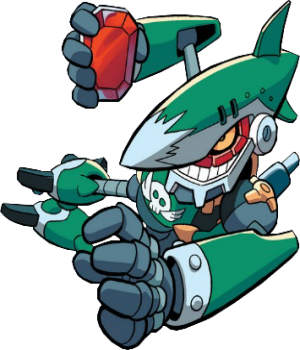 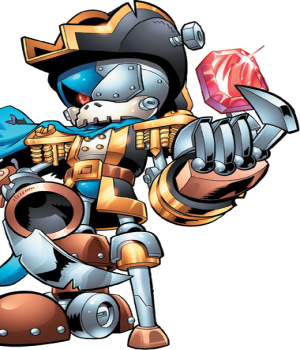 Click here to see him as Capt. Metal Crab 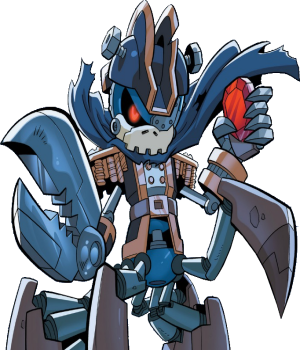 Formerly a Metal Sonic-series robot built by Eggman and equipped with a dimensional transporter that allowed him to hop between zones. Destroyed by Shadow and Blaze in her world, he was repaired by a kindly robot pirate/doctor and took over a crew of pirates. He seeks to harness the Sol Emeralds and use them to power his newly-discovered superweapon: the Egg O' War which is really the Wily Egg from the Worlds Collide crossover. 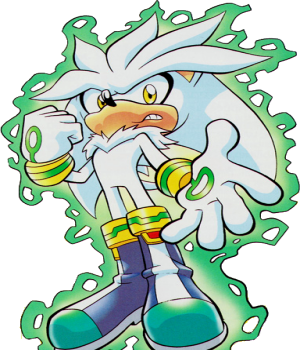 A well-meaning time traveller from a Bad Future with a talent for psychokinesis. He means to Set Right What Once Went Wrong by outing a "traitor" in the Freedom Fighters, but he's not such a hot shot at correctly identifying said traitor. Has the added problem that traveling through time can take him to multiple timelines, begging the question of whether or not his timeline is the "real" future.

Post-Cosmic Wave, he really got a brunt of the changes. For one his ruined future is gone and now replaced by a dystopian future ruled by an ominous council who force the inhabitants to work. Here, he's just coming into his power and trying to find a way to use them when he's drafted by a Professor in helping to close errant genesis portals. It's through this, he met Sonic when he crossed timelines, apparently during the events of Sonic Colors note  Which did sorta happen, only in the DS version.

'You dare threaten me?!"

An evil scientist and mysterious villain from across Silver time who has made a lot of noise in both the future and the Sol Dimension.

In the old universe, he was a interdimensional terrorist who was in constant war with the Zone Cops.

Due to legal issues with Sega, Eggman Nega is not allowed to physically appear in the series, although he does appear in the complete encyclopedia book. This didn't stop the comic to include him some other ways, including the Zone Cops chasing him on Treasure Team Tango #1 or his robots lackeys in the Sol Dimension. 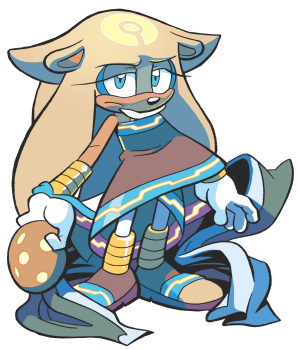 A tenrec who inhabits Silver's future. She has telepathic powers. 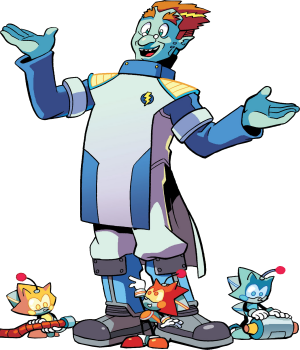 A professor from Silver's time whose been tracking the Genesis Portals. After catching Silver displaying his psychic power, he drafts him into helping close the portals. 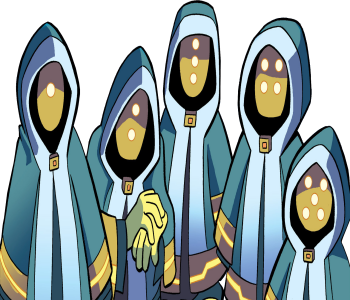 The "benevolent" leaders of Onyx City from Silver's timeline. Very little is known about them. 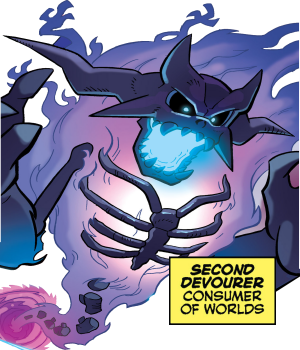 An huge monster like being that Gold remembers from her old world when it attack it. It winds up in Silver's future when it's unwittingly unleashed through the Genesis Portals by the council.

Zonic the Zone Cop
Star officer of the Zone Cop Corps, Zonic is a parallel dimension counterpart to Sonic, dedicated to keeping the multiverse in order.
Zone Cop Corps
Horizont-Al and Verti-Cal
Demi-gods of their own world. They tend to horse around and have fun, but eventually they started fighting each other with horrible super weapons. 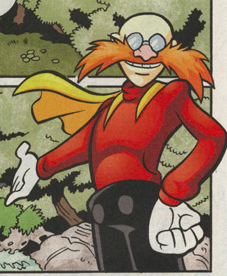 The Moebius counterpart to Dr. Robotnik.
Overseer O'Nux
Buns
Bunnie Rabbot's Moebius counterpart. Buns only showed up briefly to lay a beating on Sonic (having been mistaken as Anti-Sonic) for cheating on her. Shortly after Buns developed a degenerative disease called N.I.D.S. at the base of her spine and Scourge dropped her from the team. Dr. Kintober found her and gave her the Omega Caring unit (E-123 Omega's counterpart), a suit of power armor that suppresses the disease and gives her combat abilities. As such Buns acts as the Doctor's main bodyguard.