Back to the characters page.

open/close all folders
Shadow the Hedgehog 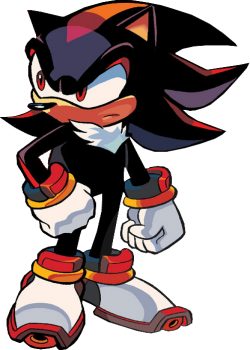 The infamous black and red Ultimate Lifeform. He was created for the purpose of finding a cure for a deadly neurological disorder called NIDS, which was killing the granddaughter of his creator, Gerald Robotnik. Imbued with the chaos power of a race of aliens known as the Black Arms, as well as speed granted by his rocket shoes, he is able to go toe-to-toe with Sonic. Brooding, melancholy, quiet, yet surprisingly kind; Shadow is less of a lone wolf than in the video game, also less of a Broken Ace, relying on his friends and rivals for support. 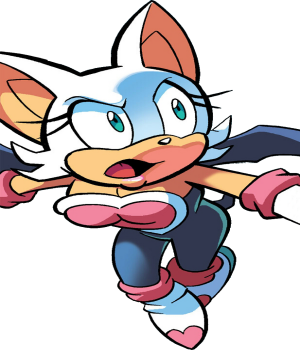 A skilled jewel thief, tactician and de facto leader of the Team Dark. 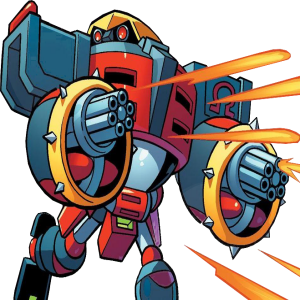 A war machine created by Dr. Eggman, Omega is so strongly determined to reach his goals and abrasively hard-headed that he went rogue less than a day after he was activated. After learning of compassion from his "brother", Gamma, Omega joined GUN alongside Shadow and Rouge in order to do what he knows is right...and blow up as many things as he can along the way. 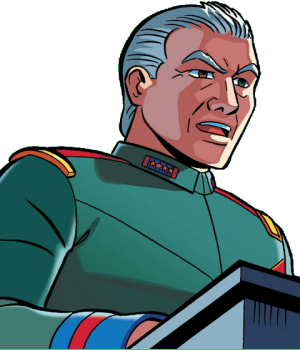 Commander of GUN. He had animosity towards Shadow in the past because of the events of Shadow the Hedgehog, but softened when Shadow proved his loyalty to Earth and humanity and allowed him to join GUN as part of Team Dark. There may be some lingering distrust, though... 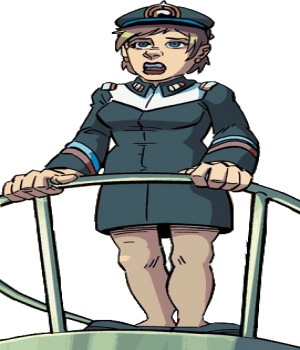 A ranking member of G.U.N. and Captain of the United Federation Air Fleet ship Letter of Gabriel. She is related to Commander Tower in some manner that hasn't been explained fully. 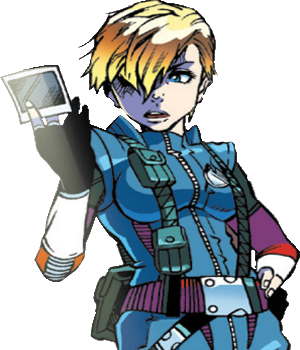 An agent of G.U.N. She is a member of the C.L.I.P. division, which is in charge of internal affairs.

Formerly Eggman's assistant, his history was changed with the new timeline where he left Eggman following the Angel Island incident (a.k.a Sonic 3 and Knuckles). He joined G.U.N sometime afterwards.

Characters from the original universe before issue #252. These characters most likely are permanently erased from the new timeline thanks to the Super Genesis Wave. And also because of the Penders lawsuit. 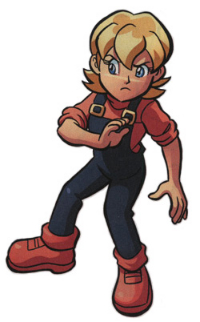 Daughter of Colin Kintobor Sr. and half-sister of Snively. Severed all ties with Snively due to his obsession with ruling the world.