Characters of the Archie Sonic the Hedgehog comic book series that are part of the citizen of Mobotropolis.

From the TV Show

Characters introduced in the Sonic the Hedgehog (SatAM) show and thus were spared from the lawsuit. Only Maximillian's design really suffered from it, putting him closer in design from the show then how the earlier issues portrayed him. 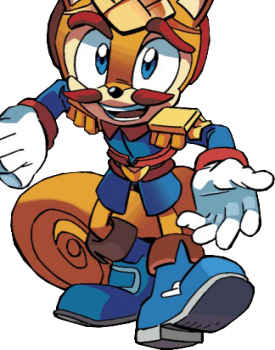 On-Again-Off-Again King of Mobotropolis and father of Princess Sally and King Elias. Was lost in the Zone of Silence for years, where he was mentally manipulated by Ixis Naugus and convinced to offer him the throne. After being freed from the zone, suffering crystallization, getting better, being paralyzed from the waist down, getting better, and finally being poisoned to the point of becoming catatonic before getting better...despite ending up paralyzed once more and a bit senile, he was forced to abdicate the throne. Then he got better and became king once more.

In the post-Super Genesis Wave world, King Acorn is a bit younger and has been restored to full health and mentality as well as openly accepting of Sonic and the Freedom Fighters. Since his original name Maximillian was coined by Ken Penders, his first name was changed to Nigel. 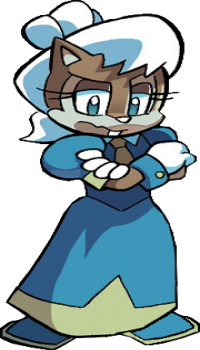 The caregiver of the Freedom Fighters after they escaped Knothole during Eggman's invasion. 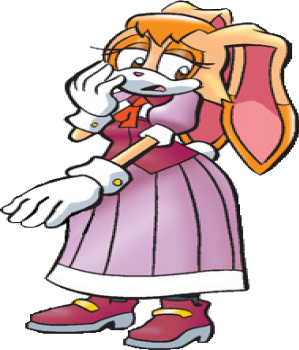 The kindly mother of young Cream, She is very much a pacifist, never leaving the city of Mobotropolis. She worries extensively about her daughter, but allows her to tag along with the Freedom Fighters regardless. Can be seen in the company of King Acorn of late.

Elias Acorn
Sally's brother, who was lost during the Great War and raised on Angel Island. After being reunited with his family, he struggled under the weight of his responsibilities and eventually ran away from home. Nevertheless, after marrying his wife Megan, he returned to accept the crown. However, he soon found himself with new struggles, and was deposed as King by Ixis Naugus.
Alicia Acorn
Maximillian's wife, who was shot down in transit during the Great War and left in stasis for a number of years by the Brotherhood. After recovering, she stepped back into the role of Queen and mother to both her children.
Council of Acorn 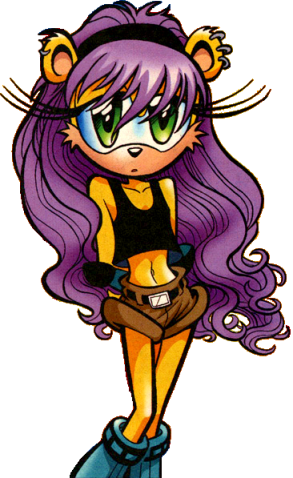 A teenaged mongoose who was rescued by Sonic and developed a crush on him. Mina, like Sonic, has Super Speed, but did not feel she was capable of serving as a Freedom Fighter. She discovered she had a talent for singing and went on to become a pop idol. Although it took quite a long time, she eventually got over her crush. 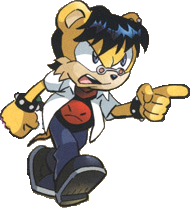 Mina Mongoose's manager/boyfriend. He's not exactly Sonic's biggest fan. He's tried to put his jealousy behind him, but that doesn't seem likely to change anytime soon.

Knothole, and later New Mobotropolis's chief physician. Dr. Quack was used by the original Robotnik and Snively by threatening his family, forcing him to cooperate with their plan to kill Princess Sally. Fortunately for everyone, he used his medical prestige to deceive them. Dr. Quack has since lost his eye in the war with Eggman, and retired from field duty.

Jules and Bernie Hedgehog
Sonic's parents, once fighters in the Great War. Jules was the first victim of Charles' sabotaged roboticizer, which was meant to save his life but turned him into a slave of Robotnik. Bernie was also later roboticized. Both remained under Robotnik's control until his death in issue #50. Bernie was later returned to flesh along with the other roboticized citizens, but Jules remains a robot due to the fact that if he were restored, his old injuries would kill him. Both parents love and are proud of their son, but deeply regret not being able to be there for him when he was growing up.

Sadly they were creations of Ken Penders and have now been retconed out due to legal issues.

Introduced as a Robian who ruled the domain of Rob o' the Hedge, General D'Coolette was eventually captured, deroboticized and rehabilitated. Many of the later stories involving him revolved around his son, Antoine, trying to impress him, feeling he didn't measure up to his father. Sadly, the General died in issue 168, but not before making clear how proud he was of his son, and giving approval of his son's relationship with Bunnie.

A group a heroic trainee animals chosen by Sally to help her when the original Freedom Fighters were capacitated. Although well trained, they ended up mostly as the Freedom Fighter's support network during their early days.

Isabella Mongoose
Mina's mother, roboticized by Dr. Eggman and later de-roboticized by the Bem. She later joined the Council of Acorn after Rotor's resignation.