Beware of unmarked spoilers! Some characters are Walking Spoilers, so it is advised that you refrain from looking at this page unless you've beaten the game. 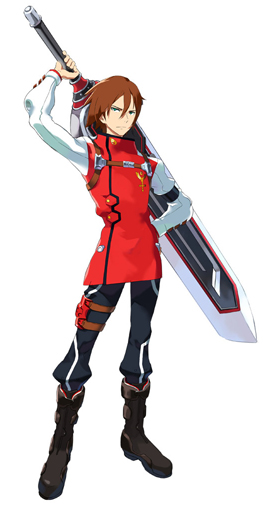 A mercenary for hire working for the empire. L'Arc is a stubborn swordsman who does what he wants to do. And once he is revealed to be a Child of Eesa, L'Arc has a hard time dealing with everything that's being forced on his shoulders. L'Arc's encounter with Ryfia is the first event that changes everything he has stood for.

A very naive young girl whom L'Arc finds wandering in the forest. Ryfia pretty much behaves like a young child as she has no idea what her words mean to others like saying she likes L'Arc a lot. She happens to be a Diva meant to direct the Child of Eesa to offer Imaginal's Law to Eesa to help the world and its people.

The most cowardly soldier of the entire empire, Niko is quick to flee during most dangerous situations though he still manages to be a loyal friend to L'Arc and company, having some undying admiration to L'Arc. It's beyond many people how he still works for the empire to these days. 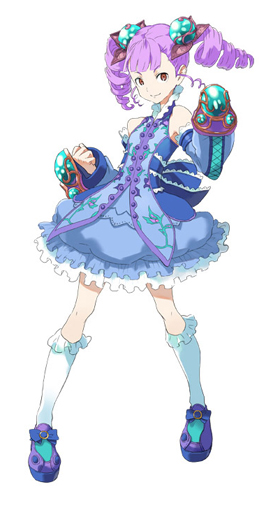 A very energetic girl who is a very skilled fighter despite her age. Cecille thinks of herself as a Hero of Justice, and she idolizes anyone in the world recognized as a master.

A mysterious man that helps the party to escape death. Serge is a man who only follows those who hire him to do anything regardless what the job might be. He has an ill sister that he loves with all his heart. 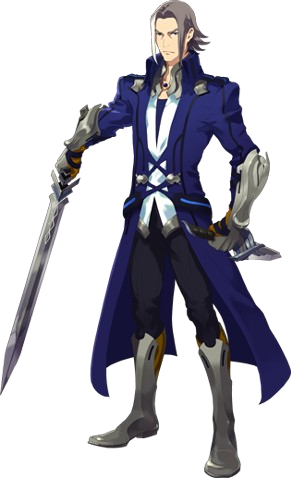 Rastan is a skilled swordsman who wanders the land. For some reason, he travels with L'Arc.

A woman with lots of intel about many things. 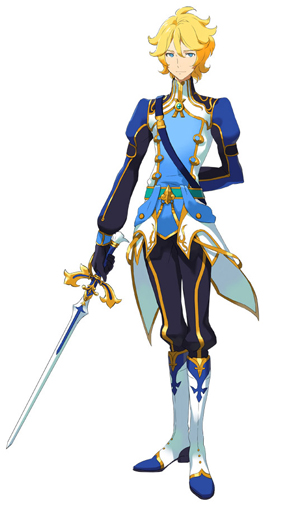 The very good and benevolent second prince of the Empire and L'Arc's best friend. Alf worries too much about what goes with the Empire whenever it looks like it's trying to Take Over the World.

Adele is one of L'Arc's childhood friends. She harbors shy but strong feelings for L'Arc. 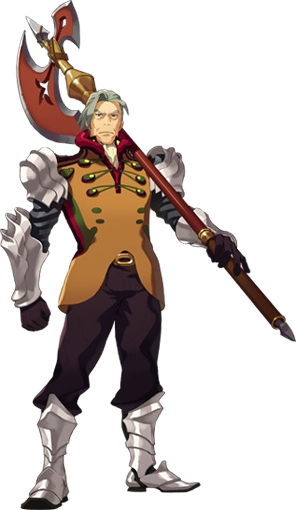 A retired general in the Empire who is very fond of L'Arc and Alf. He is in charge of Jada. 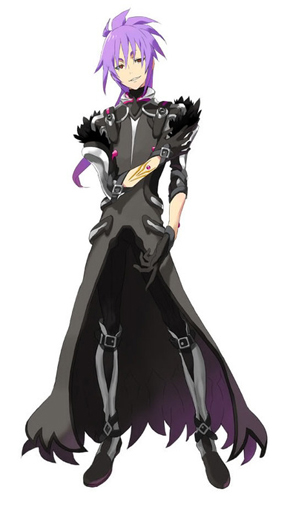 AKA Deathchanter, Dynos roams the world looking for Real's Diva. 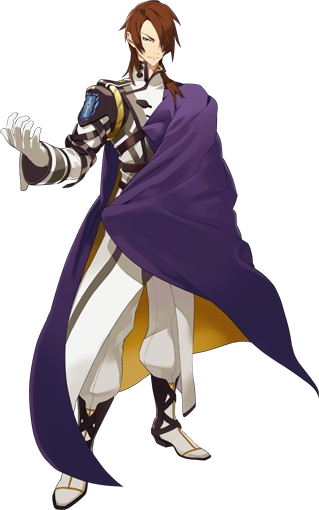 The prince who rules over the Empire with an iron fist, brother to fellow prince Alf. He is totally obssessed with world domination.

Ignacy is a dangerous criminal.

A man who fully believes that following Imaginal's law will benefit humanity. 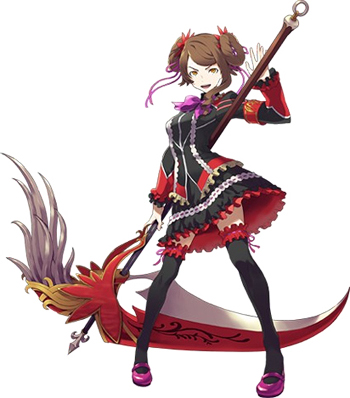 One of Ignacy's henchwomen. Paula works alongside Luna by killing anyone who opposes Ignacy. ——- 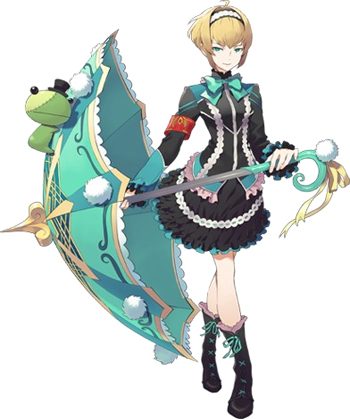 The second person who works for Ignacy. Just like Paula, Luna is a very deadly woman.

The Rogress of Light that joins L'Arc. He is the one who sets L'Arc on the quest to bring peace to the world.

One of the generals from the Empire. Though it doesn't look like it, she worries about Niko's well-being behind all the harsh punishment she issues on him. 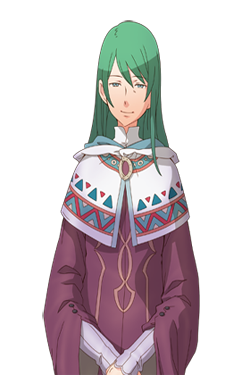 L'Arc's mother and wife to the late Rex Lagoon. Due to her ill condition, she typically stays at home, with much of L'Arc's wages going to providing for her. 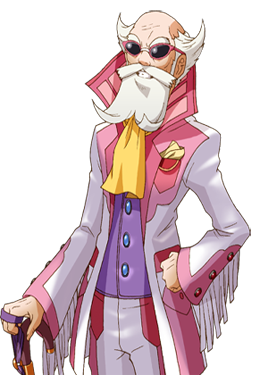 Otherwise known as Zamuel the Crimson Mist, a member of the former Lord Knights, he now teaches a swordsmanship school. As a family friend of the Lagoons, he lets them live with him. Also the foster grandfather of Adele. 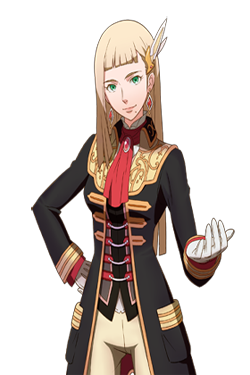 The current Director of the Republic, a position previously held by her late father. 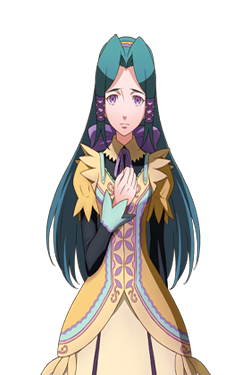 A young priestess of North Noireism who travels the world, accompanied by her bodyguard Saura.

Luze's bodyguard. Though she mostly goes along with Luze's wishes, she appears to take a more proactive desire to see the land kept clean.