Below is the cast of the first Ar Tonelico game, Melody of Elemia. 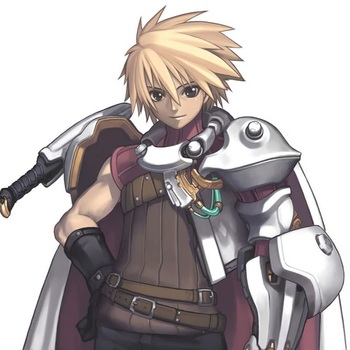 Lyner Barsett is one of the knights pledged to the service of Lady Shurelia, one of the leaders of Platina City. The other known knight is Ayatane. Compared to Ayatane, Lyner is quite rash and impatient. However he appears much more compassionate than the cool, polite and distant Ayatane. Though his domineering father is trying to corral him into politics, Lyner steadfastly refuses and pursues his goal of being a knight. This is a source of tension between the pair throughout the story.

As one of Shurelia's personal knights, Lyner is an unmatched physical combatant. Additionally, he is very talented with Grathmelding despite not really understanding how a lot of the more complex stuff he makes actually works. 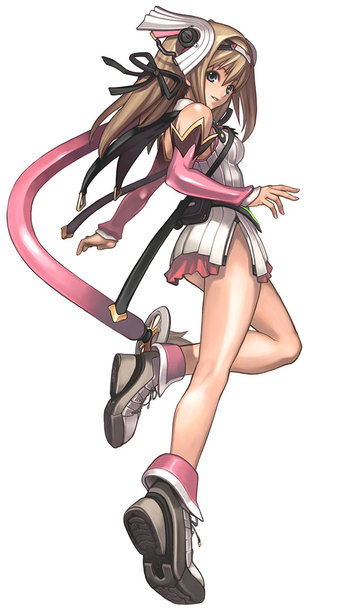 Aurica is a rather normal Reyvateil with self esteem issues that saves Lyner's life in the forest after he crashes his ship. Though she's rather down on herself about her D rank abilities, she actually has a great deal of hidden potential. Actually, the two traits are linked: Confidence issues and emotional withdrawal sap the ability to tap into the power source that all Reyvateils draw power from. 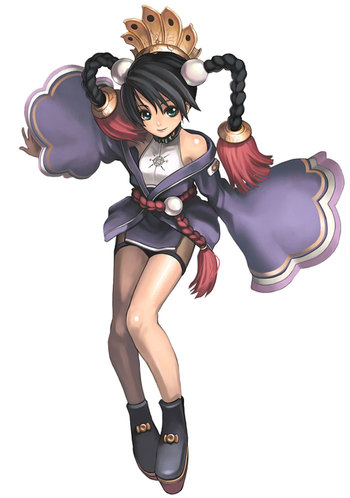 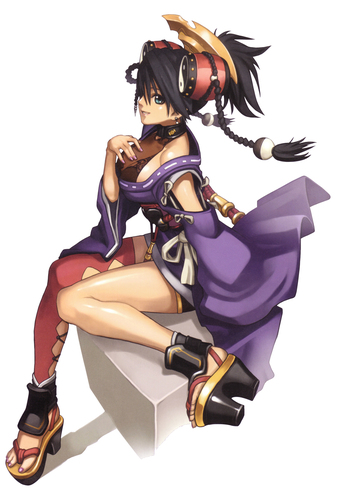 Misha is a little girl that claims to be a childhood friend of Lyner's and is irritated that he cannot remember her. She is a different type of Reyvateil from Aurica and is blessed with a great deal of talent. However, she is childish and resents her duty and is thus not exactly heartbroken when her ability to fulfill it is hampered. She claims that her looking so young despite being the same age as Lyner is due to losing the suppression crystal inside her mind. 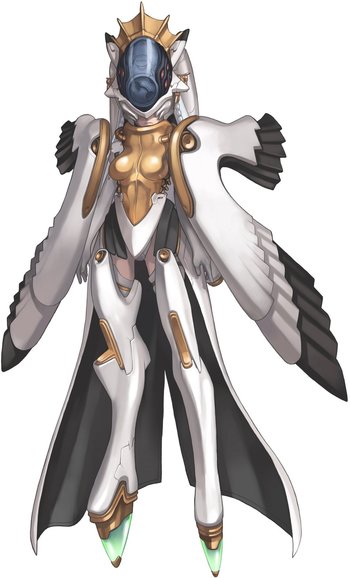 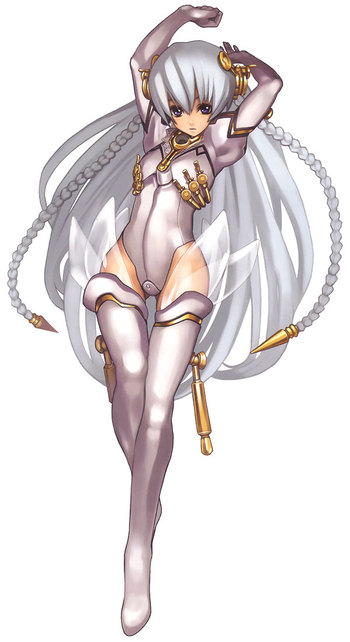 Shurelia is the third heroine of the game, accessible only in Phase 3. She is a very powerful Reyvateil of yet another type and is one of the leaders of Platina city. She wears a bulky suit of song boosting armor at all times and thus very few people actually know her true appearance. She is more lonely and childish than she appears. Unlike Misha and Aurica, she only hosts a prototype Cosmosphere that has no true connection to her inner thoughts and emotions. Rather, it operates as a sort of game that people of the First Era played.

Mir is a legendary sealed evil kept in check by a song sung by special Reyvateil. She spawns viruses when possible and has the ability to infect Reyvateil. She is responsible for a terrible war that occurred four hundred years ago and wishes for the world to be populated by Reyvateil after she destroys all humans. 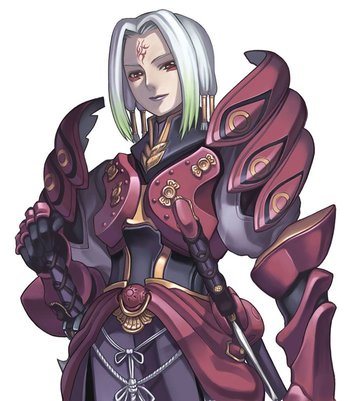 Ayatane is Shurelia's second knight. He is more composed and calm that Lyner and highly devoted to Shurelia. He appears to make a heroic sacrifice at the beginning, but later shows up again with a rather odd story for his survival. 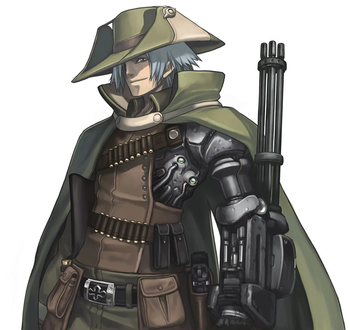 Jack is the first person Lyner meets on the surface world after being healed of his injuries. As a first introduction, Jack attempts to claim the wreckage and sell it for scrap. Following this, however, he begins assisting Lyner with his goals. He knows more than he lets on. 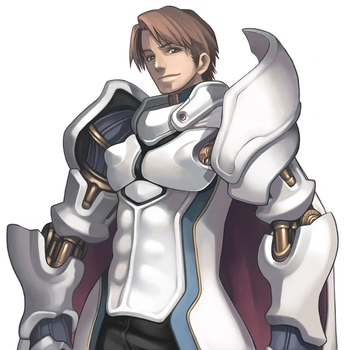 Radolf is the commander of the Church under Bishop Falss and helps to care for Aurica. He is dutiful, honorable and compassionate. 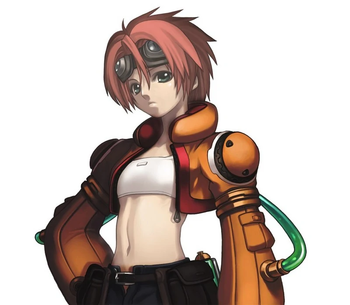 Krusche is a boyish engineer that Lyner runs into while attempting to escape from Tenba. She wields a large chainsaw and is fond of airship design and assembly. Her boyfriend disappeared above the Blastline, which motivates her even more to attempt to cross it. Jack owes her an unspecified but large amount of money. 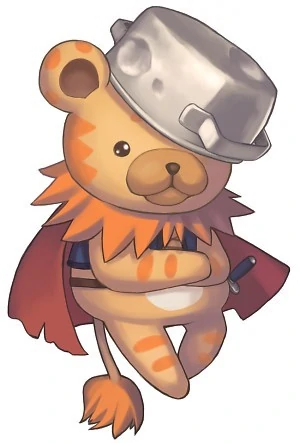 Don Leon is the Mind Guardian of Aurica's Cosmosphere. He is rather abrupt and rude to Lyner, though he eventually comes to develop a grudging respect for his ability to help Aurica. His form is based on a doll that Claire once gave to Aurica. 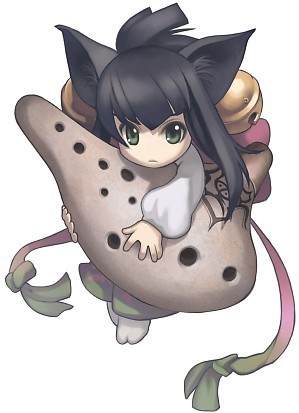 Hama is Misha's mind guardian. Like Don Leon, she is pretty unfriendly towards Lyner, although for a reason Lyner doesn't seem to remember. Her form is based on a present that Lyner once gave Misha.

Tastiella is the oldest member of the Teru Tribe, and is also considered the wisest. Flute will often seek her advice before making any decisions. She is also the Crescent Chronicle terminal.

Flute is the de facto leader of the Teru tribe. Though the Teru tribe is feared by the humans as an aggressive bunch, he is actually quite civil, if perhaps a stickler for rules and a bit of an isolationist.

Claire is Auric's childhood friend and a fellow Reyvateil. However, she chooses not to use offensive Song Magic anymore because she believes that singing should be done for the purpose of art alone.

Falss is the Bishop of the church that Aurica and Radolf represent. He tends to act very calm and reasonable and has a great deal of knowledge. 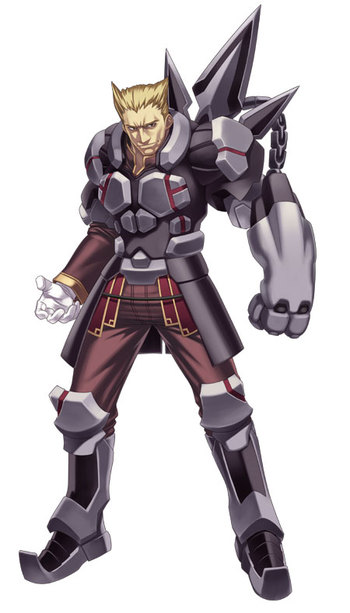 Bourd is the second in command of the Tenba corporation. He is aggressive, cruel and looks down on Reyvateils as puppets. He has been leading Tenba in a much more violent and unethical direction behind Ayano's back.

Leard is Lyner's father and the other of the two leaders of Platina, holding the position of governor. He disapproves of Lyner's choice to join the military as he wants him to follow in his footsteps. The two do not get along.

Ayano is the president of Tenba despite her unique appearance. Unlike Bourd, she's actually an entirely reasonable and ethical individual, but hasn't been keeping an eye on him of late.