The main protagonist, Akira is a stoic and level-headed youngster who behaves according to his belief that he is bent into becoming a "savior". He pilots the red-colored Vector-01.

The main heroine. Maia was trained since childhood to be Subete's partner, she grew up blindly following Sougon's teachings until her first sortie when she is forced to combine with Akira and defeat the M.J.B.K. she was supposed to protect. After being held prisoner by DEAVA, she obtains a chance to return to NESTA, but Sougon instead instructs her to pretend that she switched sides in order to investigate Akira further. She pilots the purple-colored Vector-02, focused on air superiority.

A shy girl who can barely talk. She aims to become an actress and joined the Verbalism Club in order to improve her speech. She soon falls in love with Akira and comes to view Maia as a rival. She pilots the white-colored Vector-03, specialized in enemy disruption and rear support.

A cool-headed young man who aims to become a politician like his late father. He joined the Verbalism Club seeking to improve his speech. He pilots the blue-colored Vector-05, focused on mobility and high speed. 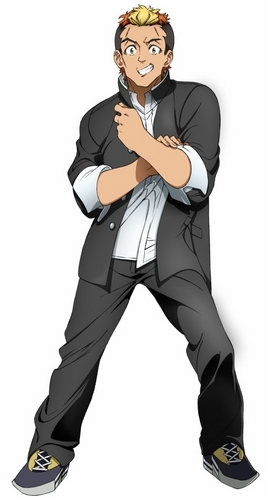 A young aspiring comedian whose older brother is a famous comedian himself, and despite knowing that he is not near as talented as him, he seeks his own form of comedy, performing unusual sketches that so far earned him only one avid fan. He joined the Verbalism Club seeking to make use of the training against the M.J.B.K. to improve his comedy skills, and pilots the attack-oriented, yellow-colored Vector-04, specialized in hit and run tactics. 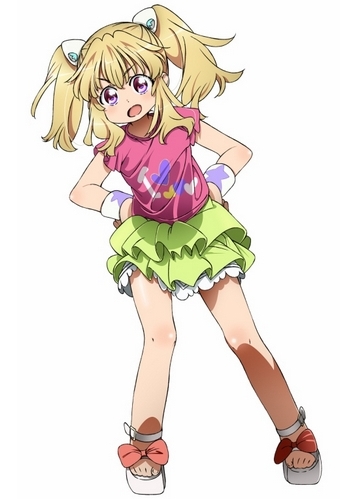 The youngest member of the team, Karan is a little girl who was aiming to become an idol and joined the Verbalism Club seeking support for her career, until Akira realizes that she wanted to be and idol just to please her mother's selfish desires and when he helped them reconcile, she started pursuing her true dream, which is to become a voice actor. She pilots the pink-colored Vector-06, specialized in reconnaissance and ambush.

DEAVA's chief of operations. She also manages the Shirobaco Maid Café which serves as a front for DEAVA's headquarters and as a place for Akira and the others to run several activities to train their Verbalism skills.

The CEO of NESTA Communications.

The heir of NESTA Communications and Sougon's son. He has feelings for Maia, the partner he was assigned to defend the MJBK's with. However, when Maia is forced to join DEAVA's side, he starts desperately looking for a way to bring her back to his side by all means possible. 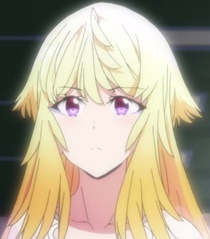 A mysterious angel-like figure who looks just like Maia and seems to be behind Sougon's plans.