A boy with the power of levitation amplified by intense emotions. Once shunned as a child due to his powers, he has since started wearing boots inlaid with pockets with which he can place weights so as to keep him aground every time. A chance encounter with Mikono, however, ultimately forces him to start embracing his powers.

In the series, he is the main pilot of Aquarion EVOL. In Aquarion Love, he takes over as Aquarion Gepard's pilot after Zessica is defeated by Apollo.

A girl hailing from a well-respected family of Element Users who is apparently born without any powers, causing her to become a withdrawn, shy girl who has to rely on her older brother Cayenne. After being saved by Amata, she ends up joining him at Neo DEAVA, whose higher-ups speculate that she may have the power to amplify the Aquarion. She also has a pet rabbit named Shu-Shu, who can hide in her hair like an accessory.

One of Izumo's two main subordinates and a hot-blooded warrior who loves charging into battle headlong with Mithra Gnis, a machine suited for melee combat and Kagura's tendency to move around like a quadrupedal beast. He gains the ability of "Reversal".

Late in the series he pilots the original Solar Aquarion, still golden as when it was last seen. In Aquarion Love, he is the sole pilot of Aquarion EVOL. 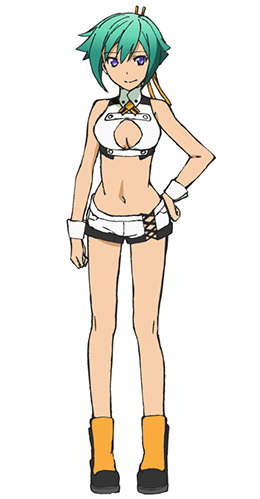 A girl from Neo DEAVA who would like engaging with the opposite sex more. Showing no inhibition about cross-gender Unions (earning her MIX and Suomi's scolding), she also started taking interest in Amata, going so far as to tease him just to see him float around, much to Mikono's jealousy.

She is the second most frequent user of Aquarion Gepard, though she's more famous for her one-time use of Aquarion Spada.

Mikono's older brother and a Chick Magnet (though to a lesser extent than Shrade). His power is psychic vision through a red point of light emanating from his forehead (like a Third Eye of sorts).

He is the most frequent pilot of Aquarion Gepard.

Andy can find any weak point in any structure and has control over the power of the earth. Out of all the boys of Neo DEAVA, he is the most eager to make contact with girls.

MIX starts off as a strict, serious girl. Her power was creating enclosures and covering up any weak spots.

In the series, she is the only other person to pilot Aquarion EVOL besides Amata.

Neo DEAVA's smartest and most popular student, whose poor health prevents him from going to active service. His power is using sound to manipulate brainwaves.

He is the most frequent pilot of Aquarion Spada.

A little girl with the power to turn herself invisible. Until Amata encouraged her to come out of her shell, all that is seen of her is a green frog-like doll she always carries around.

A dark-skinned girl who apparently is a fan of homoerotic subtexts.

A handsome dark-skinned student with the power to destabilize objects.

A veteran soldier and instructor of the male side of Neo DEAVA, Donar has a pair of prosthetic arms to replace those he lost. He also used to be sharpshooter.

Instructor of the female side of Neo DEAVA. Like MIX, she has hints of misandry and can be sometimes seen in mild arguments with her male counterpart, Donar.

High Commander of Neo DEAVA who offers guidance to the students in his own unusual way. 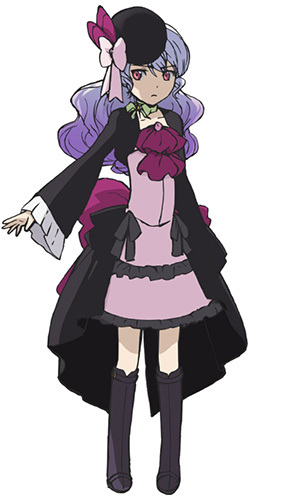 A childlike girl with an Improbably High I.Q. of 300 and Chairwoman of Neo DEAVA. She is also responsible for giving approval for Unions.

Supreme Commander of Altair. He has his men cross through dimensions to Vega in an attempt to save their world.

He pilots the Ahura Gnis.

Izumo's other subordinate and a cunning strategist. Unlike the hot-headed Kagura, Jin prefers manipulating Abductor Mooks from high up in space or puppet-controlling Radius Gnis, a machine suited for long-range combat which complements his natural ability to generate energy shields. 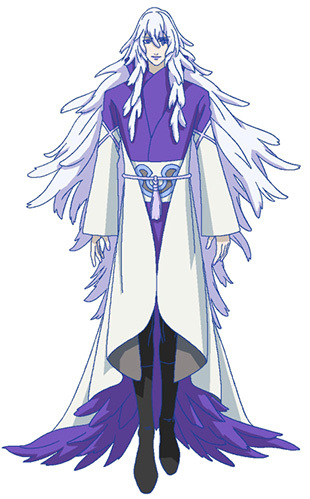 A Priest of Altair who has recently awoken from stasis in a glass-like encasing. 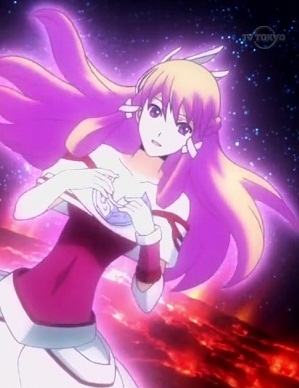 A famous actress in Vega who played Sylvie's part in "Skies of Aquaria", a feature film based on events of the original Aquarion series 12,000 years before. 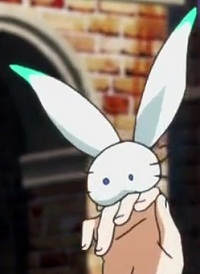 A 15-year-old boy living in Showa-era Japan. He bares a strong resemblance to Jin. 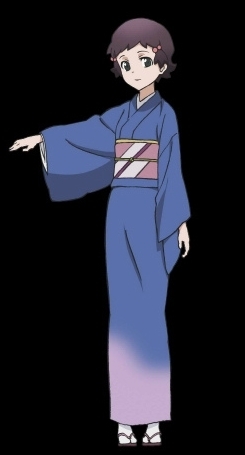 A 16-year-old girl living in Showa-era Japan. She bares a strong resemblance to Yunoha.

The protagonist of Genesis of Aquarion.

As in the original series, he is the main pilot of Solar Aquarion.

The heroine of Genesis of Aquarion.

One of Apollo and Silvia's comrades from Genesis of Aquarion

The Mentor from Genesis of Aquarion, he seems to have transcended time and appears in the Showa-era