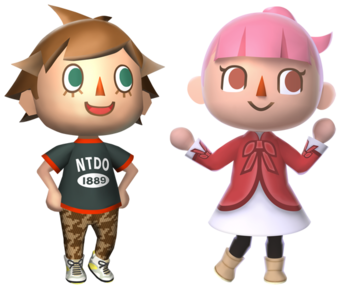 The player character is the avatar of the player. They start most games in the series by moving into a village populated by anthropomorphic animals (or in the case of New Horizons them and a few animals head to a deserted island instead) to start a new life. What happens afterward? That's up to you.
Advertisement: