Played By: Todd Susman
Appears In: "Guise Will Be Guise"

A shrewd and rich businessman ranked high among the Los Angeles elite as well as the father of Virginia Bryce. 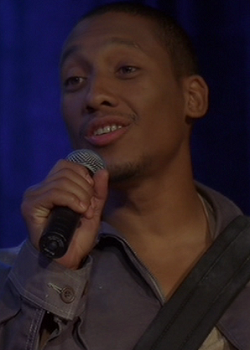 "As far as I can see, a monster lover ain't no better than a monster. And I kill monsters."
Played By: Khalil Kain
Appears In: "That Old Gang of Mine"

A member of Gunn's Crew after Charles Gunn left it.

A retired salesman who was adept at forcibly exchanging bodies with young athletic men to engage in adventures.

A full professor of theoretical physics at the California Physics Institute.

The owner of an exclusive Los Angeles restaurant which served rare creatures, including werewolves.

Portrayed By: Tracy Middendorf
Appears In: "City of..."
An actress and aspiring actress

Vampires, Demons and other Supernaturals

A Kailiff demon and a feared hitman working for an unidentified loan shark.

The owner of the Pearson Arms apartments complex in Los Angeles. The widow of William Pearson, she was the over protective mother to her son Dennis. Maude's afterlife consisted of a period of haunting the home in which she died after killing her own son, for over 50 years until Cordelia Chase took tenancy of the apartment.

Played By: Juan A. Riojas
Appears In: "The Ring"

Val Trepkos was a demon originating in the "Barren Wastelands of Treshok" and a prisoner of XXI.

Played By: Marc Rose
Appears In: "The Ring"

A humanoid demon living in Los Angeles and a prisoner at XXI.

Played By: Markus Redmond
Appears In: "The Ring"

A Lizard demon and a prisoner of XXI. 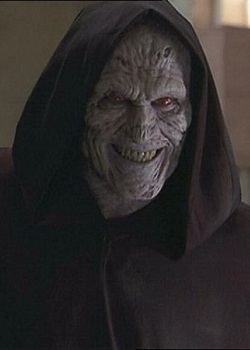 "What a beautiful, beautiful dance!"
Played By: Tony Amendola
Appears In: "Are You Now or Have You Ever Been"

A demon that haunted Hyperion Hotel, feeding on the insecurities and fears of its guests and staff for nearly 70 years.

A demon crime lord that surrounded himself with vampires and human thugs and used the cover identity of Jameel. 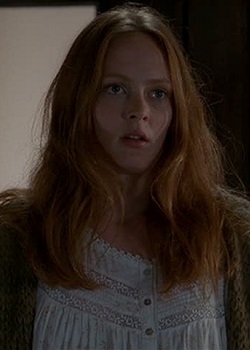 A young woman with telekinetic powers. Bethany's father sexually abused her when she was younger, which caused her to develop her powers.

A vampire and the lover of Elisabeth. 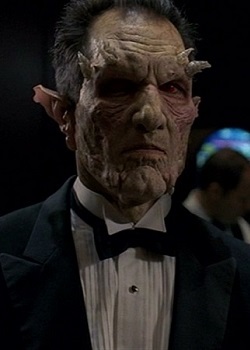 "I don't traffic in wants. I supply needs. Things you gotta have now, or you'll die."
Played By: Patrick St. Esprit
Appears In: "Double or Nothing"

A demon ran a casino out of Los Angeles and had many individuals in his pocket, primarily from his side business in which he would procure requested items at the price of the requestor's soul. The payment was not required up-front, and the individual could live their life until either the merchandise (soul) were in jeopardy of being given to another, or if Mr. Jenoff decided it was time to collect. 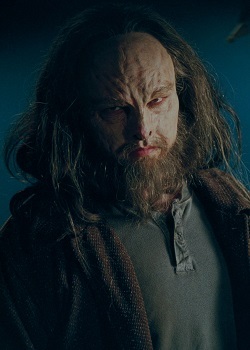 some caption text
Played By: W. Earl Brown
Appears In: "The Shroud of Rahmon"

A demon specialist in explosives with a talent to open safes. As a result, he was wanted by the police. He organized an attempt to steal the Shroud of Rahmon. 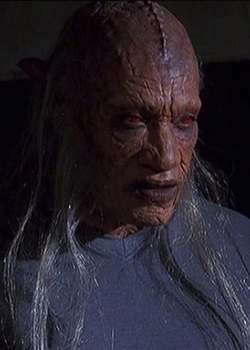 "You're funny. When I crush your head you'll be even funnier."
Played By: Tony Todd
Appears In: "The Shroud of Rahmon"

A demon of an unknown species who took part in the heist to steal the Shroud of Rahmon.

Played By: Pat Healy
Appears In: "Disharmony"
"You owe it to yourself to be the best vampire you can be!"

A vampire and the author of Selective Slaughter. 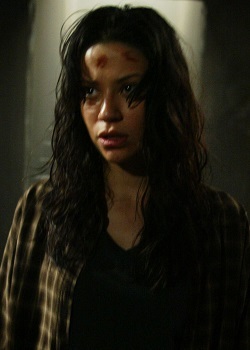 A young woman tormented by the abuse and torture done to her. When she becomes activated as a Slayer she suffers visions from past and current Slayers, flees the hospital she is kept at and tries to make sense of what's done to her.