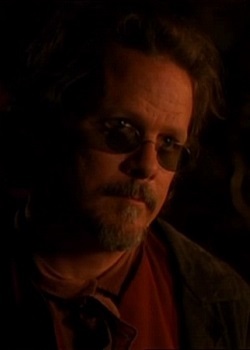 "I swore that I would show no mercy. And I won't."
Played By: Keith Szarabajka
"I don't 'want' anything. My family's gone. My only desire here is to discover if a thing such as yourself can be made to pay for its sins."

Holtz is an vampire hunter from 18th-century Britain whose family was slaughtered by Angelus and Darla. In the past, Holtz briefly caught up with them, but the couple escaped after Holtz took his sweet time in killing Angelus (he views killing the vampire more of a blessing than punishment). A demon named Sahjhan travels back in time and offers to bring Holtz with him to the present day, on the condition that he take Angel out of the equation. Sadly for Sahjhan, he should've studied up more on his new partner, because killing Angel is the farthest thing from Holtz's mind... 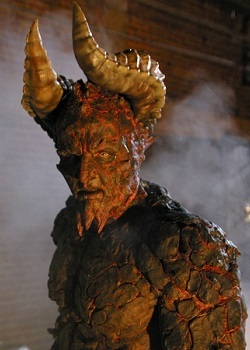 "This is all you are?"
Played By: Vladimir Kulich

A large, stony fellow who is reportedly the herald of the apocalypse. Surprisingly crafty — a trait which is met with much suspicion from his old pal Angelus, who never knew The Beast to be so well-organized. In due course, he's revealed to be a mere foot soldier of Jasmine. 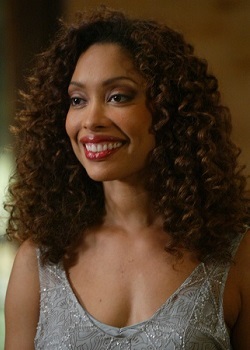 "There are no absolutes. No right and wrong."
Played By: Charisma Carpenter & Gina Torres
"Every moment that passes, I grow closer to my followers. I feel what they feel. I see what they see. We're fusing together, like the cells of a single body. They're my eyes, my skin, my limbs — and if need be, my fists."

A "Power-That-Was" who fell from grace after meddling in the affairs of lower beings, attempting to raise herself to godhood. Several millennia later, she's still at it, using Cordelia as a vessel to 'birth' herself into our world. Jasmine (as she is currently known) possesses a mystical aura which inspires love and servitude within anyone who lays eyes on her.