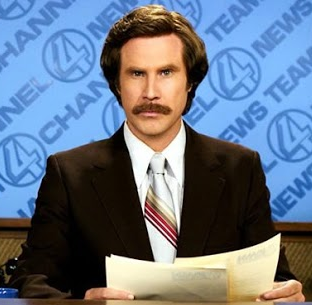 Played By: Will Ferrell

Ronald Joseph Aaron "Ron" Burgundy, a five-time (local) Emmy Award-winning journalist, he is the main anchorman for the KVWN Channel 4 News Team from 1964 to 1977. Always confident and well-dressed, he is ignorant, egotistical, misogynistic, and narcissistic, stating that he believes "diversity" to be some type of "old, old wooden ship used in the Civil War era." 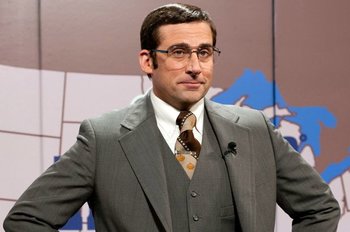 The weatherman for the KVWN news team, he has a habit of providing unrequested or irrelevant information. Tamland is good hearted and loyal but not very bright, having an I.Q. of 48, making him "mentally retarded". Brick is an innocent led astray by the rest of the group. 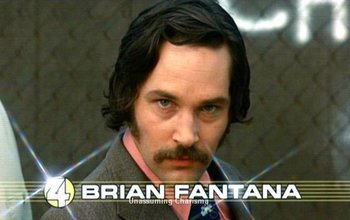 The stylish and over-sexed field reporter for KVWN news. He is arrogant, narcissistic, and overestimates his personal qualities. 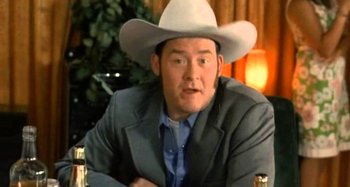 The KVWN sportscaster, he seems to have hidden feelings for Ron Burgundy (which implies that Champ may be a closeted homosexual). He is the most chauvinistic member of the news team. 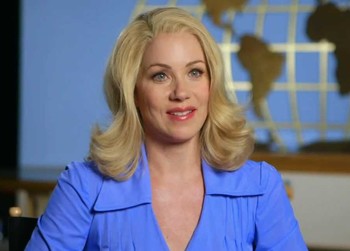 From Asheville, North Carolina, she is ambitious to become a network anchor and wants to be taken seriously in the male-dominated newsroom.

The news director of KVWN.

Ed's assistant at KVWN. Ron Burgundy is his hero. The news team frequently ignore him, even though his main job at the station appears to be keeping them out of trouble.

Ron's beloved dog. Burgundy's relationship with is almost one of equality. Burgundy and are able to hold conversations, with apparently being able to speak Spanish as well as English.

The biggest name (and paid) reporter at GNN, and the anchorman in the prime time slot.