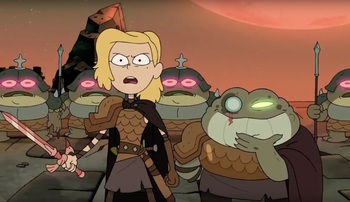 The rulers of The Valley.

An army of toads headquartered in Toad Tower. They're the dominant military force in the valley, and expect everyone to pay them tribute. 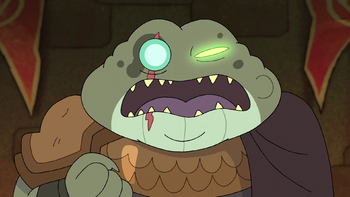 "To get this valley under control, I need warriors who are fierce, cunning, and above all, ruthless!"
Voiced by: Troy Baker

A very large and menacing militant toad who will stop at nothing to keep Toad authority in the valley. While he first treats the humans with a healthy bit of suspicion it doesn't take long for him to see the advantage of having them on his side. 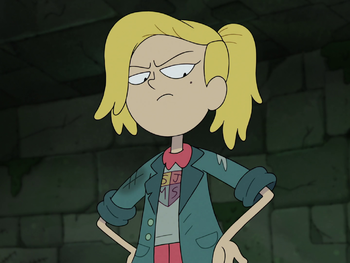 "Hold on for a little longer, girls. I'm coming for you. And when I find you, we're gonna get home. But first, I think we're gonna have some fun with this place."
Voiced by: Anna Akana

One of Anne's classmates and a close friend. She and Marcy got Anne to steal a magic treasure box, which sent all of them to Amphibia. Shortly after arriving, Sasha was captured and imprisoned by Grime. She quickly earns Grime's favor and becomes appointed as his second-in-command, working alongside him to find her lost friends and bring them back home. 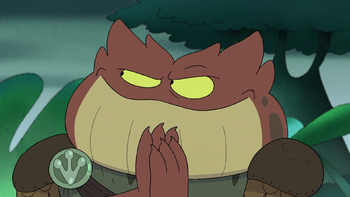 A tax collector from Toad Tower, working alongside Fens and Mire. 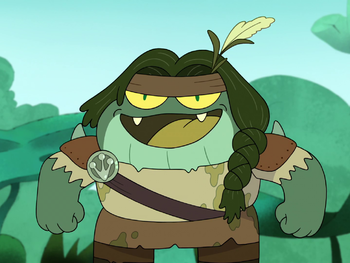 "Is that a challenge?!"
Voiced by: April Winchell

A member of Bog's patrol. 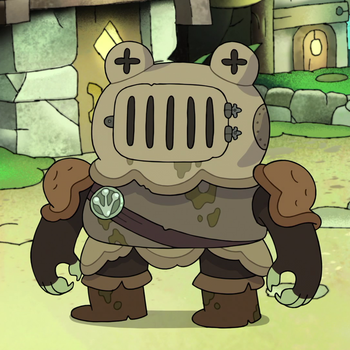 Click here to see him with his hatch door open 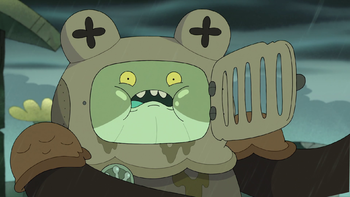 A member of Bog's patrol. 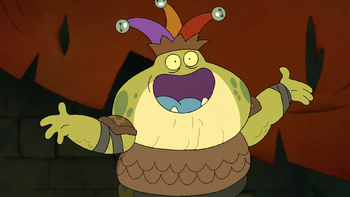 "Hey, I've been working on my act. Do you wanna see it?"
Voiced by: Matt Jones

One of the guards at Toad Tower who guards Sasha's cell. 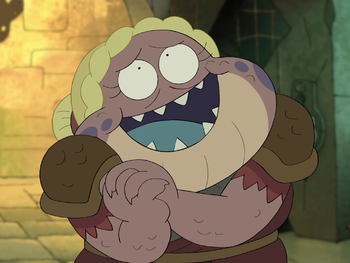 "Oh, [the garden's] gorgeous! You should see the squash..."
Voiced by: Kristen Johnston

Another guard at Toad Tower.