Voiced by: Richard Topping
"Redeem us both, Daniel. Descend into the darkness where Alexander waits and murder him."

The Player Character. At the start of the game, he only remembers his name and where he is from (London, Mayfair).

Voiced by: Sam A. Mowry
"Daniel. You have gone too far. I have to stop you. I can't let you proceed any further. I'm sorry, my friend."

The main antagonist. Daniel gave himself the mission of murdering him, for good reason. Unfortunately, it's not as simple as he believes. 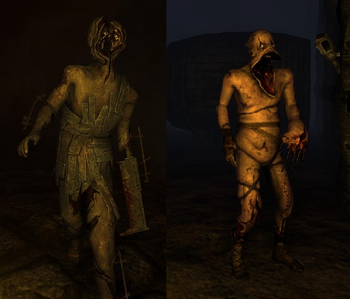 Brute on the left, Grunt on the right

"This story reaches all the way back to the time of the Thirty Years' War. It is said that soldiers who abandoned their duty got lost in the cold, dark woods and were forever damned to roam the grounds. Their bodies wrought by their tainted souls have left them disfigured and empty of essence. Many have sighted them over the years and describe them as horrid revenants. They move silently through the woods, shying away from any beholder. They are called Gatherers as they seem to follow some ambition to steal living creatures. It is their prey which can be heard struggling inside damp burlap sacks dragged behind them which reveal their presence. What dark scheme do they follow?"

Alexander's servants. They are deformed monstrosities that are after Daniel. They come in two varieties, Grunts and Brutes.

An invisible monster that lurks in water. Several appear in the flooded areas of the castle. 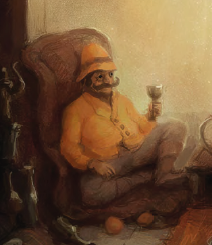 "That thing is after me. It has been hunting me for days. But I keep out of its trail, so I will persevere."

Herbert was the leader of the ill-fated expedition in Algeria. Daniel was his research assistant.

A member of the Order of the Black Eagle. Became Alexander's servant in exchange for political power. 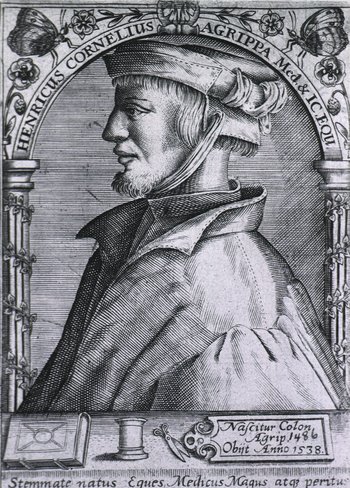 Voiced by: Bill Corkery
"Daniel? Like the prophet thrown into the lion's den. Tell me – are you among the lions?"

The famed alchemist himself, friend of Daniel. Found in the castle as some sort of corpse-like body. 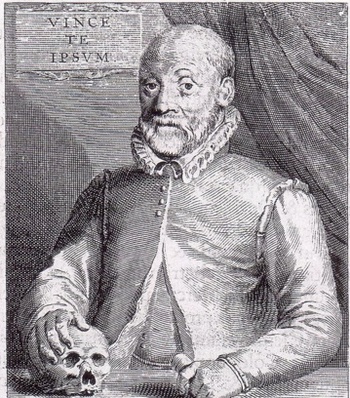 Agrippa's greatest pupil, who eventually went on to become an even greater alchemist. He was able to master the power of the Orb, and used it to travel to the other world.

A farming family that consists of six people. Gustaf, the father. Agathe, the mother. Friedrich, the son who died of typhoid fever. Margarethe, the eldest daughter. Elise, the younger daughter. And an infant.

The Shadow of the Orb 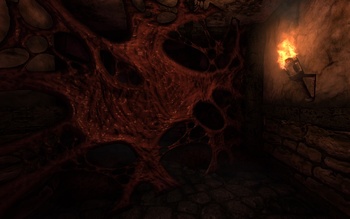 "One last thing, a shadow is following you. It's a living nightmare, breaking down reality. I have tried everything and there is no way to fight back. You need to escape it as long as you can."
—Daniel

A mysterious, eldritch entity that chases Daniel throughout the game, seeking to punish him for defiling an ancient artifact.

The Player Character of Justine. A girl given an amnesia potion like Daniel and forced to escape Justine's trap-ridden dungeon for Justine's entertainment. 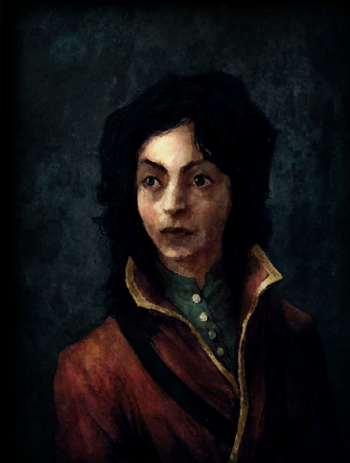 Voiced by: Emily Corkery
"I bid you welcome to my Cabinet of Perturbation. It is my study of the human psyche — specifically yours."

The main antagonist of the DLC of the same name. Trying to escape from her dungeon slowly reveals the details of Justine's life and how she set up her torture dungeon. She is revealed to be the Player Character at the end of the game.

The main enemies of the Justine DLC. They were former lovers of Justine before being tortured and mutilated to the point of insanity. 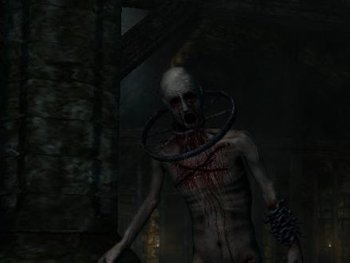 Voiced by: Scotty Campbell
"Is that you, my love?"

The first of the three suitors encountered in Justine. He was one of three men Justine was romantically involved with. Over time, she tortured them all and blinded one of them, and warped them into insane shells of their former selves. He was (if the sounds in his cell are to be believed) a racquet-ball player. Once a very soft-spoken person, he now attacks in the same way. He is the first man you must escape from/avoid in the trial, found in the first area of the cells. 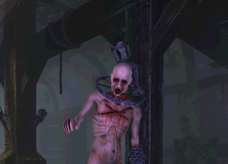 The second of the three suitors. Basile is very different from Alois and Malo. He is angry, violent, and swears like a sailor. He is, bizarrely, the Only Sane Man of the three men, having kept one thing in mind after this ordeal — revenge — and thereby kept his mind. Possibly was a carpenter before being mutilated by Justine. He is found in the underground storage area beneath the library. 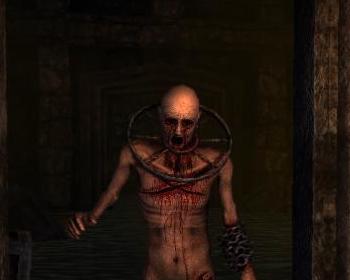 Voiced by: Jeff Buchanan
"I grow tired of my own flesh."

The third and final of the suitors. Malo is unique among the suitors; he is totally insane. He was a violinist before the cabinet was created. He is also much stronger than he looks; capable of tearing down doors with ease and One Hit Killing you in a flash. He is located in the flooded basement, which makes evading him difficult. He can find you even if he can't see you...though he claims he can. 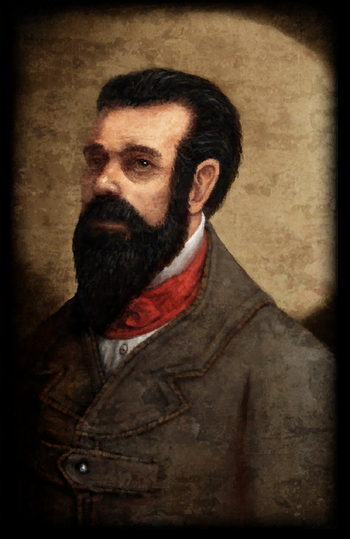 The late-father of the main antagonist of the DLC of the same name.