Contestants from Cycle 1 of America's Next Top Model. 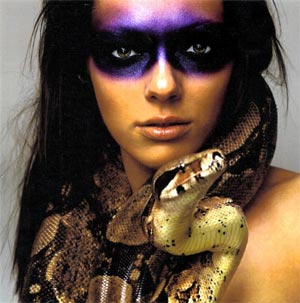 The then 20-year-old Joliet, Illinois native was a waitress before her appearance on the first cycle of America’s Next Top Model.

After winning, there was a reported feud with Tyra Banks regarding the collection of her prizes. Apparently, the Revlon contract she was supposed to receive didn’t pan out because Revlon didn’t think she was a fit for their brand and never used her. She was sent to model over seas, but while there, was told she was too old to book jobs, so she wound up over seas, nearly broke, and by herself. She blamed Tyra for this, so she harbors some bitterness toward the retired supermodel.

Tyra has since never used footage of her when promoting America’s Next Top Model or past winners of the show. It was also rumored that Tyra was disenchanted with Adrianne for posing nude in Playboy. 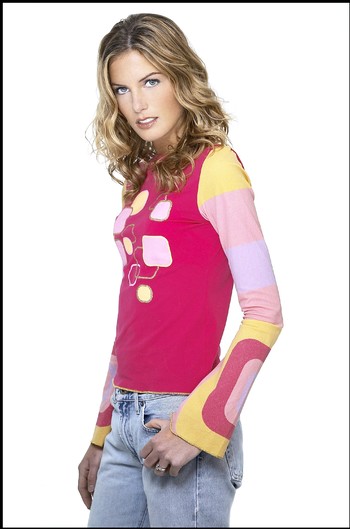 Shannon Niquette Stewart-Ratliff finished as the runner-up to Adrianne Curry. She has also been featured in Cycle 11 as one of CoverGirl’s Top Models in Action.

It was no secret to the other contestants that Shannon was devout Christian, never drinking or smoking. She was also very clear that she was waiting until marriage to lose her virginity. 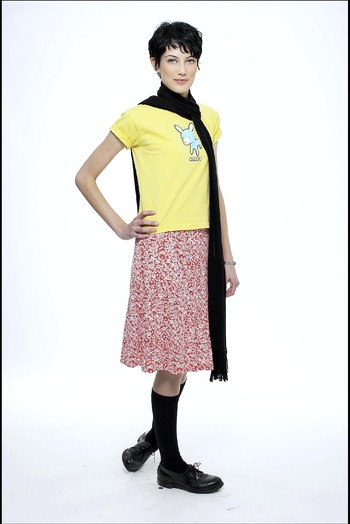 A native of Albuquerque, New Mexico, Sewell obtained a Bachelor of Arts in Spanish and a Bachelor of Science in Biology from the University of New Mexico. Sewell was known on the show as the “edgy pre-med student.” In 2005, one of her “confessional” clips from the show, in which she started a profanity-laden rant against the people on the show, earned her 16th place on E!’s Most Outrageous TV Moments.

As a model, Elyse has been incredibly successful, especially in Asia. She is perhaps one of the the most successful models from America’s Next Top Model, . 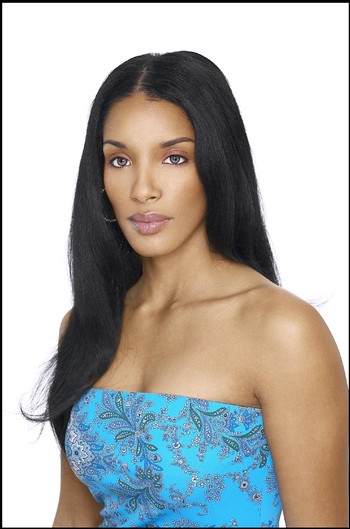 Robin “Robynne” Manning is a plus-sized model and a Devout Christian from Memphis, Tennessee. Before she appeared ANTM’s Cycle 1, she was given the titles of Miss Soybean and Miss National Black College Alumni Hall of Fame. She received her MA from Tennessee State University, where she was also deemed as Miss Tennessee State University. Being a Devout Christian like her fellow Top Model Finalist Shannon Stewart, Robin often criticized the other girls when she felt that they were doing something immoral. She was extremely affected when openly gay model Ebony brought her partner to the house. On the seventh week, the challenge was to pose nude for a jewelry advertisement. She, along with Shannon, refused to participate, saying that it was against her morals. Consequently, she was eliminated from the show, becoming the seventh contestant to be cut. 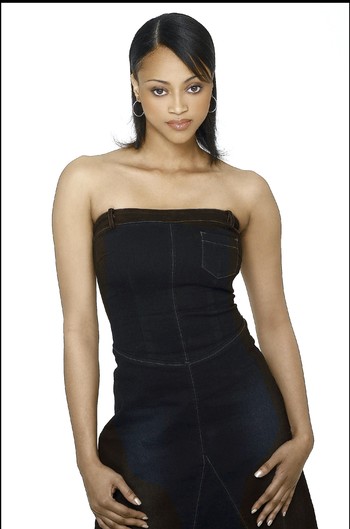 Kesse Wallace coined the acronym DIVA in the attempt to describe herself in the most accurate way. DIVA wittingly stands for Devastating, Intriguing, Vivacious and just plain All That. She was raised a devout Baptist and majored in accounting in college.

On the sixth week, the show flew Kesse and the other remaining Top Model finalists to Paris, where they were asked to pose with a male model wearing only lingerie. The challenge allowed a number of Parisian designers to view the models, and although all of them tried their best to produce spectacular pictures, the judges felt that Kesse did not possess enough desire to advance in the competition. Consequently, Kesse became the sixth finalist to be eliminated. 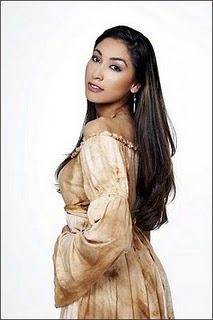 The lifelong dancer and gymnast from Corona, California worked with Anaheim Ballet, Disney and played football before her appearance on America’s Next Top Model.

During the fifth week of America’s Next Top Model, Cycle 1, both Giselle and fellow Top Model Finalist Ebony were left standing in front of Tyra, awaiting the judges’ decision on who was to be eliminated. Giselle was spared as Ebony was sent home, but her performance the following week betrayed her lack of confidence. Her photos with 2003 NFL Rookie of the Year Clinton Portis were not impressive enough to convince the judges to keep her, and so she became the fifth finalist to be cut from the show. Tyra said it was her lack of confidence that hindered her performance. 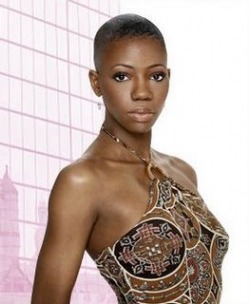 Born in the Bronx, New York, Ebony is an openly gay model, who is well-known by the public because of her bald head. Aside from modeling, Ebony has also dabbled in cosmetics, having worked as a make-up artist in the past. Her aunt is her personal hero because not only did her aunt overcome cancer, but she also raised 5 adopted children, one of whom was Ebony.

When Ebony became one of the finalists in America’s Next Top Model, Cycle 1, she was met with harsh criticism from the two very devout Christian Top Model finalists, Robin and Shannon. The conflict escalated when Ebony’s partner dropped by the house, further angering Shannon and Robin. Things turned uglier for Ebony during the judging, as she became the fourth contestant eliminated. The judges reasoned that it was Ebony’s weak performance that drove them to cut her from the show. 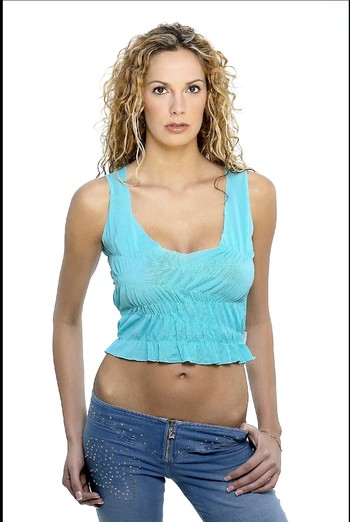 Born in Murreita, California, Nicole used to work at a Bike/Skate Shop and sees herself as a sensible yet playful individual.

Nicole was eliminated from America’s Next Top Model, Cycle 1 on the third week, despite having shown some promise in the earlier rounds. For the third challenge, the finalists had to pose with one of Nature’s most feared animals, the snake. All the girls performed extremely well considering the scary situation, but Nicole was the one eliminated from the show because of her lack of commitment. 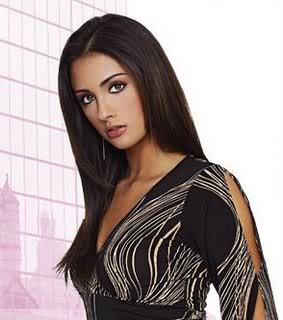 The then 21-year-old from Glenview, Illinois was a student during her appearance on America’s Next Top Model. While studying in high school, Katie took on small modeling jobs in Chicago. After graduating, she took advantage of a track scholarship and attended a Liberal Arts College in Wisconsin, where she graduated with a degree in Business and Marketing.

As a finalist on America’s Next Top Model, Cycle 1, Katie was criticized for appearing too sexual in her photos. The second challenge called for another swimwear photo shoot, this time for Stuff Magazine. Katie was the second to be eliminated because the judges felt her sexual appeal was detrimental for her career as a model. 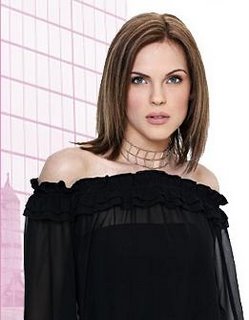 Born in Chicago, Illinois, Tessa was an aspiring model working as a waitress during her appearance on America’s Next Top Model, Cycle 1.

For the very first challenge on America’s Next Top Model, the ten finalists were asked to model swimsuits from actress Jennifer Lopez’ clothing line, J.Lo. The photo shoot was held on the rooftop of a tall Manhattan building. The weather was terribly cold, making the challenge more difficult for the contestants.

Tessa was the first eliminated from the show because after the judges reviewed their pictures from the photo shoot, they felt that Tessa didn’t know how to pose.