The New Gods of the world. Younger and more powerful than the Old Gods, the New Gods embody modern concepts and beliefs. 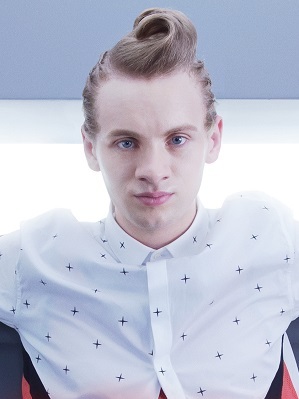 Portrayed By: Bruce Langley
"Wednesday is history, forgotten and old. He should just let it happen. We are the future. We don't give a fuck about him or anyone like him. They are consigned to the dumpster."

New God of computers, smartphones and the Internet. 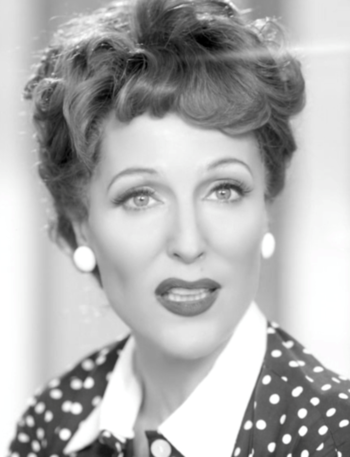 "The screen is the altar. I'm the one they sacrifice to. Then till now. Golden Age to Golden Age. They sit side by side, ignore each other, and give it up to me. Now they hold a smaller screen on their lap or in the palm of their hand so they don't get bored watching the big one. Time and attention: better than lamb's blood."
Portrayed By: Gillian Anderson (Media), Kahyun Kim (New Media)
"Mass delusions are as old as I am. I was there when the Martians invaded in 1938. What a panic. Powerful panic. Now there are starmen waiting in the sky. They believed it was true, and it was."

New Goddess of mass media and entertainment, particularly movies and television. The public face and "mouth piece" of the New Gods, and Mr. World's whip/enforcer among the New Gods. After Media's mysterious disappearance following Season One, she reemerges as she has "evolved" into New Media — the New Goddess of global content. She's a cyberspace chameleon, who is also a master of manipulation.

Tropes that apply to Media

Tropes that apply to New Media 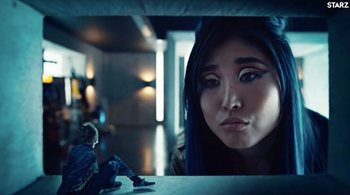 "Art is the most valuable means of insight into the direction of our collective purpose. The appetite for distractions is infinite. I can choke them with trivia, drown them in passive pleasures and devastate their spirituality with baby-talk."
Mr. World 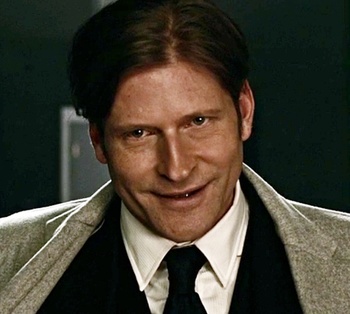 "You're a person. I know people. Everything about all of them. You have a name. Shadow Moon. You have a blood type and a recurring nightmare. B-positive and an orchard of bones. You prefer Swiss to cheddar and can't abide the tines of two forks touching."
Portrayed By: Crispin Glover (Seasons 1-3), Danny Trejo (Season 3), Dominique Breber (Ms. World)
"I get it. I do. You're an individualist. Rugged individualism. It simply doesn't work any more. Brands, sure, a useful heuristic; but ultimately everything is all systems interlaced. A single product manufactured by a single company for a single global market. Spicy, medium or chunky! They get a choice, of course! OF COURSE! But they are buying salsa."

New God of Globalization, and leader of the New Gods. He knows everything about every person, and tends to leave destruction in his wake.

Tropes that apply to Mr. World

Tropes that apply to Ms. World 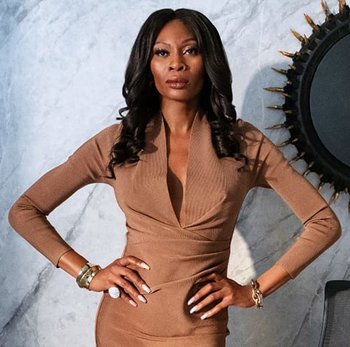 "You were all created by me for a specific purpose. Fail at that purpose and this is what happens. Are we clear?"

Tropes that apply to Senior Mundo 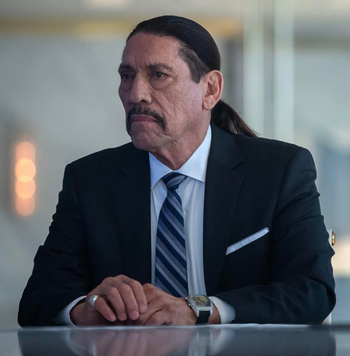 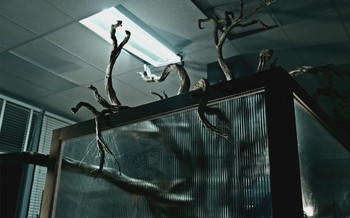 "There's always been a god-shaped hole in man's head. Trees were the first to fill it.[...]Mister Wood was the trees. Mister Wood was the forest. Well, he was a very old god who saw something very new. He saw a god-fearing society turning towards complete industrialization. So... so what did he do? He sacrificed his trees. He sacrificed his forest. And he became something else."
— Mr. Wednesday

A god of trees and one of the oldest gods in the world. Mr. Wood realized that the old ways were doomed and chose to join the New Gods so he could continue to thrive in a world of industrialization, becoming something closer to a parasite. Mr. Wood manifests as a giant sentient tree out of any object made from wood. 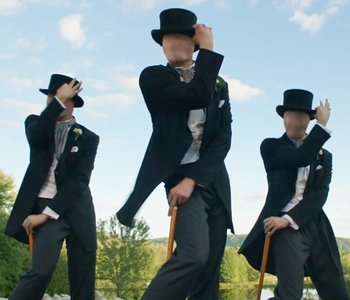 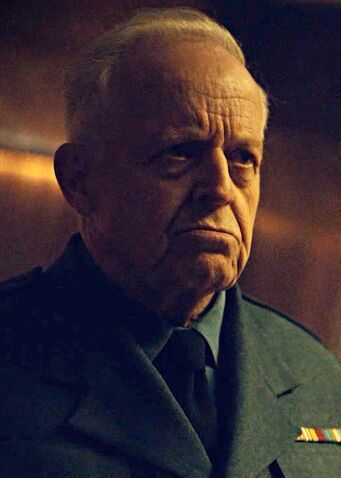 "A truck driver in Denver, killed by a rubber-gripped claw-headed hammer in his home. A community of nine Anchorites dead from carbon monoxide poisoning. A lobster tank smashed in an Atlanta seafood restaurant."
Portrayed By: Eric Peterson

A mysterious old man whom Mr. World meets following his encounter with Wednesday and Easter. He is the leader of Black Briar, a secret government facility that Mr. World uses to monitor and attack the Old Gods. 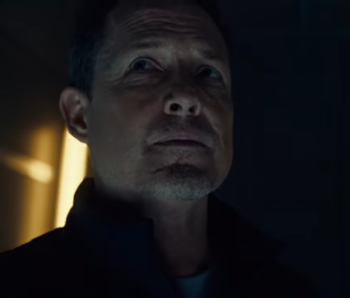 A member of the New Gods under the employment of Mr. World. Seems to be the embodiment of black ops agents.

A member of the New Gods created by Mr. (now Ms.) World. He's one of the "Children" given an identity.

A member of the New Gods created by Mr. (now Ms.) World. She's one of the "Children" given an identity.

A member of the New Gods created by Mr. (now Ms.) World. She's one of the "Children" given an identity.

A member of the New Gods created by Mr. (now Ms.) World. He's one of the "Children" given an identity.

A member of the New Gods under the employment of Ms. World. Another embodiement of black ops agents.